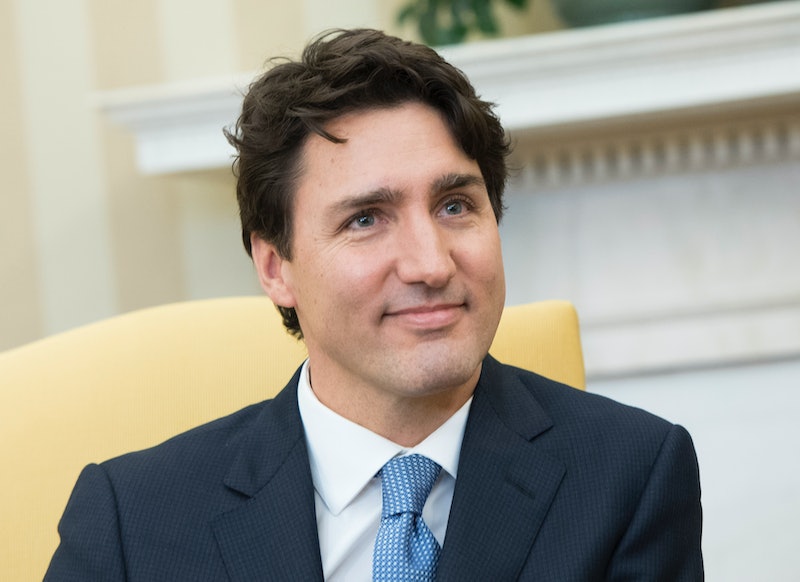 Calling himself "a massive reader," the Canadian Prime Minister answered a very bookish Quora question on Monday, proving once and for all that world leaders can be active on social media without being totally destructive. Justin Trudeau's favorite books reveal his love of science fiction and all things nerdy, which is sure to make his supporters love him more.

Like the similarly well-read President Obama, Trudeau has been quite forthcoming about his favorite books and bookish things. As a Member of Parliament in 2011, Trudeau revealed to the CBC Book Club that he had fond memories of reading Dennis Lee's Alligator Pie, and that his own children enjoyed Gilles Tibo's Simon series. Last year, the PM read his favorite lines from The Tempest to celebrate the 400th anniversary of William Shakespeare's death.

So what are Justin Trudeau's favorite books? The Canadian politician says he's "read just about everything" by Stephen King, Neal Stephenson, and Tad Williams, before naming two "recently-read" titles — La part de l’autre by Eric-Emmanuel Schmidt and Ready Player One by Ernest Cline — he enjoyed. Check out more of Trudeau's favorite readables below, and head over to Quora to read his full answer.

Webcomic: xkcd.com (I have a signed Randall Monroe print of “Centrifugal Force” on my office wall.)