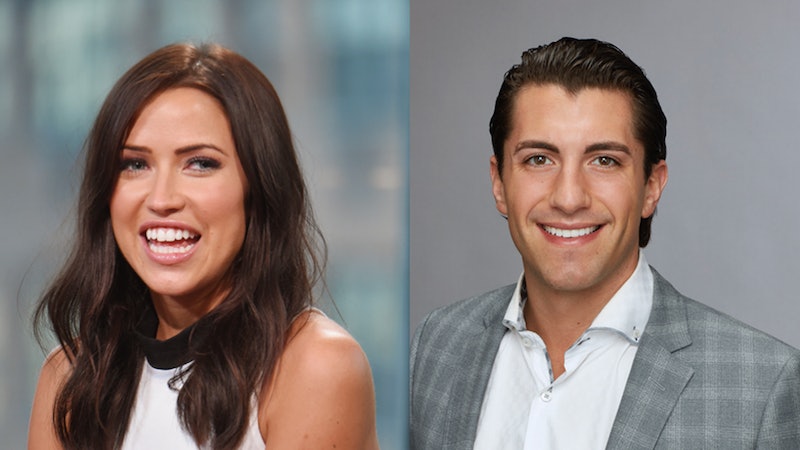 One of Bachelor Nation's cutest new couples has blossomed completely offscreen, so when fans get a peek on Instagram, it's cause for celebration. Kaitlyn Bristowe and Jason Tartick's latest photo shows that they're still going strong—on the 'gram and otherwise. On Saturday, Bristowe posted a photo of her and Jason seemingly snuggled up on a patio, and fans immediately pointed out how adorable the pair is.

Bristowe captioned the photo, "Always a koala on this one," alongside the koala emoji. Tartick sweetly responded, "Never, ever, stop crawling up on my chair like this please." (We're not squealing, you are.) The couple's Instagram Stories showed them enjoying a busy weekend together. They grabbed drinks with friends, hit up Topgolf, and were reliably #couplegoals as Tartick visited Bristowe in her home city of Nashville.

Bachelor Nation is also supporting this pairing on Instagram, filling the comments section of Bristowe's posts with good vibes. Former Bachelor Colton Underwood took a break from his own made-for-the-'gram love story with Cassie Randolph to write, "I love love." The Bachelorette on Tartick's season, Becca Kufrin, commented, "You little cutie buns." While former Bachelorette Ali Fedotowsky wrote, "You were GLOWING when you talked about him last weekend. Nice to see you so happy." Clearly, Bachelor alums are giving their seal of approval to this couple.

Bristowe, a former Bachelorette herself, and Tartick, a finalist on Kufrin's season, first started dating in January after some flirting via Instagram comments of their own. The two initially interacted on an episode of Bristowe's podcast, Off the Vine. A flirty friendship followed before their first date was documented on Instagram Stories for the world to watch. And people definitely tuned in, getting swept up in the latest Bachelor Nation love story.

The new relationship came months after Bristowe ended her engagement with Shawn Booth in 2018, and signified a fresh start for both. Bristowe took to her podcast to reflect on where she's at in her life and how Tartick fits into it. "We both feel like we're established and where we wanna be in our lives and we have, like, the self love and respect to actually, like, be in a mature, healthy relationship," Bristowe said on her podcast, per Us Weekly. She continued, "It's actually so strange to go from being engaged to thinking of someone as your boyfriend because I feel like that's taking a step backwards — it's not. It's not. If anything, it's taking a step forward because you're just growing and evolving as a person."

As time goes on, it's apparent that Bristowe and Tartick are only growing more confident in what they have. Just last month the couple spent some time with Tartick's nephews and the two continue to travel together — plus Tartick still pops in as a guest on Off the Vine from time to time.

It's evident that these two are happy, in love, and excited to share their burgeoning romance on social media. The internet definitely thanks them for the cute couple inspo.