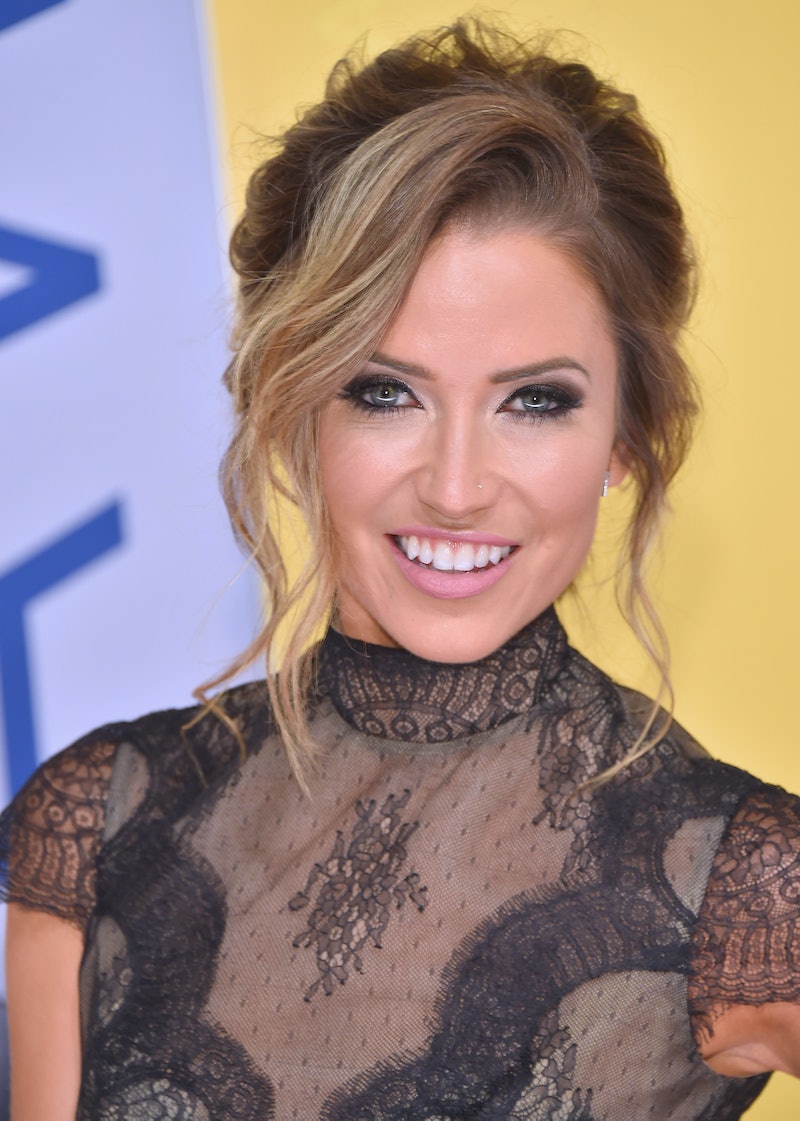 It's been a busy week for Bachelor fans, and not just because Corinne Olympios (sadly) was sent home before fantasy suite dates. After the news that Nick Viall is joining Dancing With The Stars became official, Kaitlyn Bristowe was prompted to speak up about how she wanted to go on the show after The Bachelorette, but claimed she was blocked from competing for the coveted mirror ball trophy. On Thursday, Bristowe explained her tweets about Dancing With The Stars and made further allegations about the situation.

On Monday, former contestant (and Chris Soules' Bachelor winner) Whitney Bischoff tweeted asking why Bachelorette stars don't tend to get the DWTS gig, and Bristowe's reply was pretty shocking. According to the Canada native herself, she wanted to do the show and was offered a spot that season, but Bachelor creator Mike Fleiss allegedly told her that "he didn't want people wanting fame after his show," which, she alleges, effectively ended her dream of competing right then and there.

ABC and a rep for Fleiss had no comment on Bristowe's claims. ABC previously told Bustle that they do not comment on casting rumors about DWTS.

In an statement to Entertainment Tonight, Bristowe opened up about what she claims happened immediately following her season of The Bachelorette in 2015.

"I believe men and women should be afforded the same opportunities. That has not been the case with The Bachelorettes and The Bachelors. I had an offer to do Dancing With The Stars and was told by Mike I could not. I was told by Mike that it is bad for his brand, and that he is sick of people wanting fame from his show. I am a dancer and wanted to do it, Shawn [Booth] wanted me to as well. He even wrote Mike emails. I told Mike it was my passion. I was told Shawn should be my only passion. My hope in speaking out is that future Bachelorettes are given the same opportunity as Bachelors, whether it be a wedding, to dance, or another show. (Ben [Higgins] had the decision to do dancing or his own show.) Just to be treated the same — to choose whatever will make them happy."

So far, Fleiss has yet to respond to Bristowe's new statement; although he did tweet Bristowe earlier this week, stating that she does have his blessing to appear on DWTS.