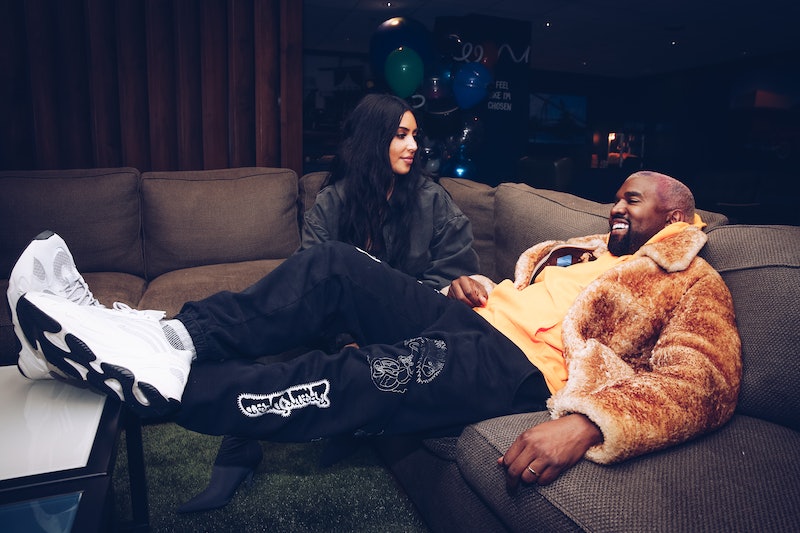 In the second episode of the E! True Hollywood Story reboot, subject Kim Kardashian recalled Kanye West was told not to date her by his friends all those years ago. And West remembered why he chose to ignore the negative chatter about their relationship when they were first starting out. Naysayers implored the rapper to think twice before getting into a relationship with the Keeping Up with the Kardashians star because, as she recounted on THS, they believed he couldn't be with her because "she's a reality star" who will "sink his career." However, the "All of the Lights" rapper would not be deterred. In the episode, Kardashian said, "He was just like, 'But I love her. I don't care.'"

In the same E! True Hollywood Story episode, West described his immediate connection to Kardashian. He said, “Anytime I was around her or saw her, it was a magnetic attraction to this force of energy. She was good, pure, happy, loving, brave, courageous, strong.”

The Kardashian episode of the E! True Hollywood Story reboot will air on E! on Sunday, Oct. 13. For anyone who would like to watch it now, the whole thing is currently available on the network’s YouTube channel. The excerpt featuring the story of Kimye's relationship is below.

This is not the first time Kardashian and West have spoken about how quickly they clicked when they began dating. When the pair appeared on Hot 97’s The Angie Martinez Show back in 2013, West shared that he loved Kardashian before he knew how to pronounce her last name. He said on the radio show, “Our love story is a love story for the ages. I felt like when we first got together, it was like a Romeo and Juliet kind of thing, where she’s a reality star and I’m a rapper, and people talk about how our brands connect and what doesn’t fit.” Kanye went on to call his future wife one of the top 10 most beautiful women of all time.

On the Keeping Up with the Kardashians 10-year anniversary extravaganza, which aired in 2017, Kardashian recalled meeting West "in 2002 or 2003" when he was working on music with her buddy Brandy. As People noted, Kim told anniversary special host Ryan Seacrest that after she and Kris Humphries split up in 2011, West asked her to come to Paris to watch his fashion show. She continued, "I swear from the moment I landed and was there, I fell madly in love with him and I thought, ‘Oh my God, why didn’t I do this sooner?’ Like, this is what real life is like. Love and fun and real support.”

With that, the Kimye era had begun. They went public with their relationship in spring of 2012, and in December of that year, they announced Kardashian was expecting their first child. Their daughter North was born on June 15, 2013. The following May, the couple tied the knot in Florence. They have gone on to welcome three more children to their family.

A lot has changed since Kimye first met. They have a family, they have a ranch, and according to Forbes they are both worth hundreds of millions of dollars. But one thing has apparently stayed the same: their unstoppable connection.