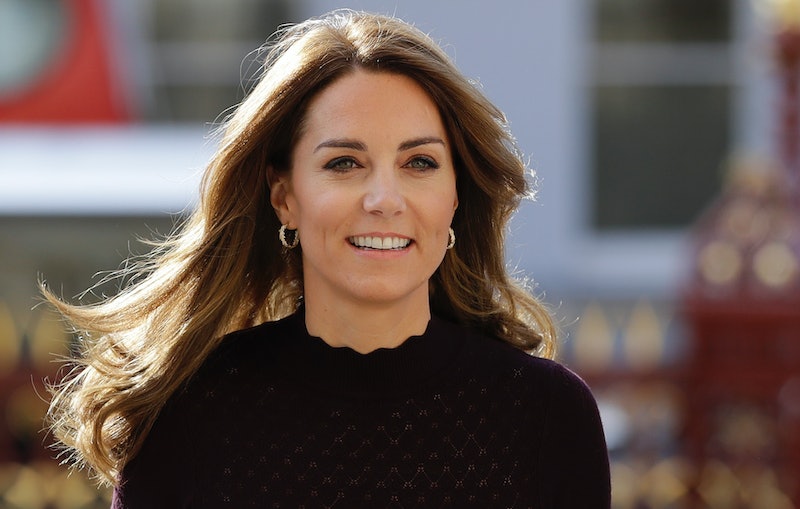 James Middleton has been open about his experiences with depression, and he credits his family for helping support him through it. In a recent interview with The Telegraph, James revealed Kate, Duchess of Cambridge went to therapy sessions with him, along with the rest of their family, in order to better understand what he was going through and what he needed in order to recover. While speaking with the UK paper, James — who recently announced his engagement to Alizee Thevenet — revealed that he "couldn't do anything" before seeking treatment for his depression a year and a half ago.

"I couldn’t sleep, I couldn’t read a book, I couldn’t watch a film, I couldn’t eat," he recalled, before explaining that he also had a difficult time opening up to his family about what he was experiencing. "The fact is, no matter what experience someone has, your family members are the hardest people [to talk to] ..." James said, per the publication. "I’m the youngest child, so I think that’s normal. And they are so tuned into you that they can see what other people can’t."

In order to fight his depression, James told The Telegraph that he spent almost a year in cognitive behavioral therapy, and that his family — including the Duchess of Cambridge — often attended with him in order to offer their support. "That was so important because that helped them understand me and how my mind was working," he explained. "And I think the way the therapy helped me was that I didn’t need my family to say, 'What can we do?' The only thing they could do was just come to some of the therapy sessions to start to understand."

This isn't the first time that James has opened up about his experiences with depression and anxiety; in January, the businessman wrote an article for The Daily Mail where he revealed that he had been diagnosed with depression and attention deficit disorder (ADD). "It's not a feeling but an absence of feelings. You exist without purpose or direction. It is not merely sadness. It is an illness, a cancer of the mind," James wrote of how he felt at his worst.

In the article, James also revealed that Kate's work with the Heads Together foundation — which she founded alongside Prince William, Duke of Cambridge and Prince Harry, Duke of Sussex to "change the conversation on mental health" — that inspired him to share his own experiences with depression and anxiety. "They believe we can only tackle the stigmas associated with mental illness if we have the courage to change the national conversation, to expel its negative associations," he wrote. "I want to speak out, and they are my motivation for doing so."

In a 2017 speech on World Mental Health Day, William revealed that the Heads Together campaign began as the duchess' brainchild. "It was Catherine who first realized that all three of us were working on mental health in our individual areas of focus," he said at the time, per Vogue. "She had seen that at the core of adult issues like addiction and family breakdown, unresolved childhood mental health issues were often part of the problem."

“We know that mental health is an issue for us all – children and parents, young and old, men and women – of all backgrounds and of all circumstances," Kate said in a speech in January for the launch of Heads Together's Mentally Healthy Schools campaign. "I see time and time again that there is so much to be gained from talking of mental health and taking the mental health of our children as seriously as we do their physical health."

The Middleton family's passion for mental health advocacy is helping to change lives — both on a grand scale and also, according to James' interview, on a personal level.

More like this
6 Asian Beauty Rituals That Will Soothe Your Skin, Scalp & Mind
By Jennifer Li
"Lavender Haze" Star Laith Ashley Breaks Down Filming With Taylor Swift
By Jake Viswanath
Who Is Murray Bartlett Dating? 'The Last Of Us' Star Is Extremely Private
By Alyssa Lapid
15 Photos Of 'The Last Of Us' Star Pedro Pascal That Cement His Zaddy Status
By Radhika Menon
Get Even More From Bustle — Sign Up For The Newsletter
From hair trends to relationship advice, our daily newsletter has everything you need to sound like a person who’s on TikTok, even if you aren’t.