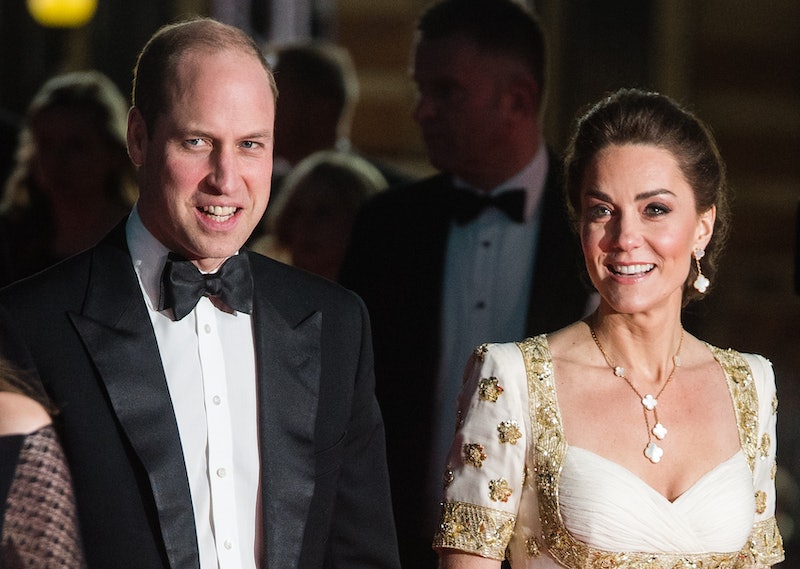 In a bid to be more environmentally friendly, the award organisers asked guests to set an example and dress sustainably, be that by buying secondhand or from ethical brands, renting clothes, or rewearing old looks. Kate dipped into her McQueen archive and selected a dress she first wore back in 2012.

The design was specially commissioned for a state dinner with the queen and king of Malaysia. The Duke and Duchess were on a tour of Southeast Asia and the South Pacific in honour of the Queen’s diamond jubilee at the time. The white and gold gown hasn't been seen at public events since, but stands out in royal-style watcher's memories. The regal style has a touching nod to Malaysia in the form of the hibiscus petals peppered throughout. (Hibiscus being the national flower of Malaysia.)

Recycling items from her own wardrobe is nothing new to the Duchess of Cambridge, of course. She’s famously reworn many dresses in her time, including firm favourites by Jenny Packham and Alexander McQueen.

Updating the look for the London event tonight, the Duchess wore her hair up in a sleek up-do, and added Van Cleef & Arpels jewellery.

Prince William – who this year marks his 10th anniversary as BAFTA president, and will be presenting BAFTA’s highest accolade, the fellowship, to film producer Kathleen Kennedy – looks pretty dapper, too.