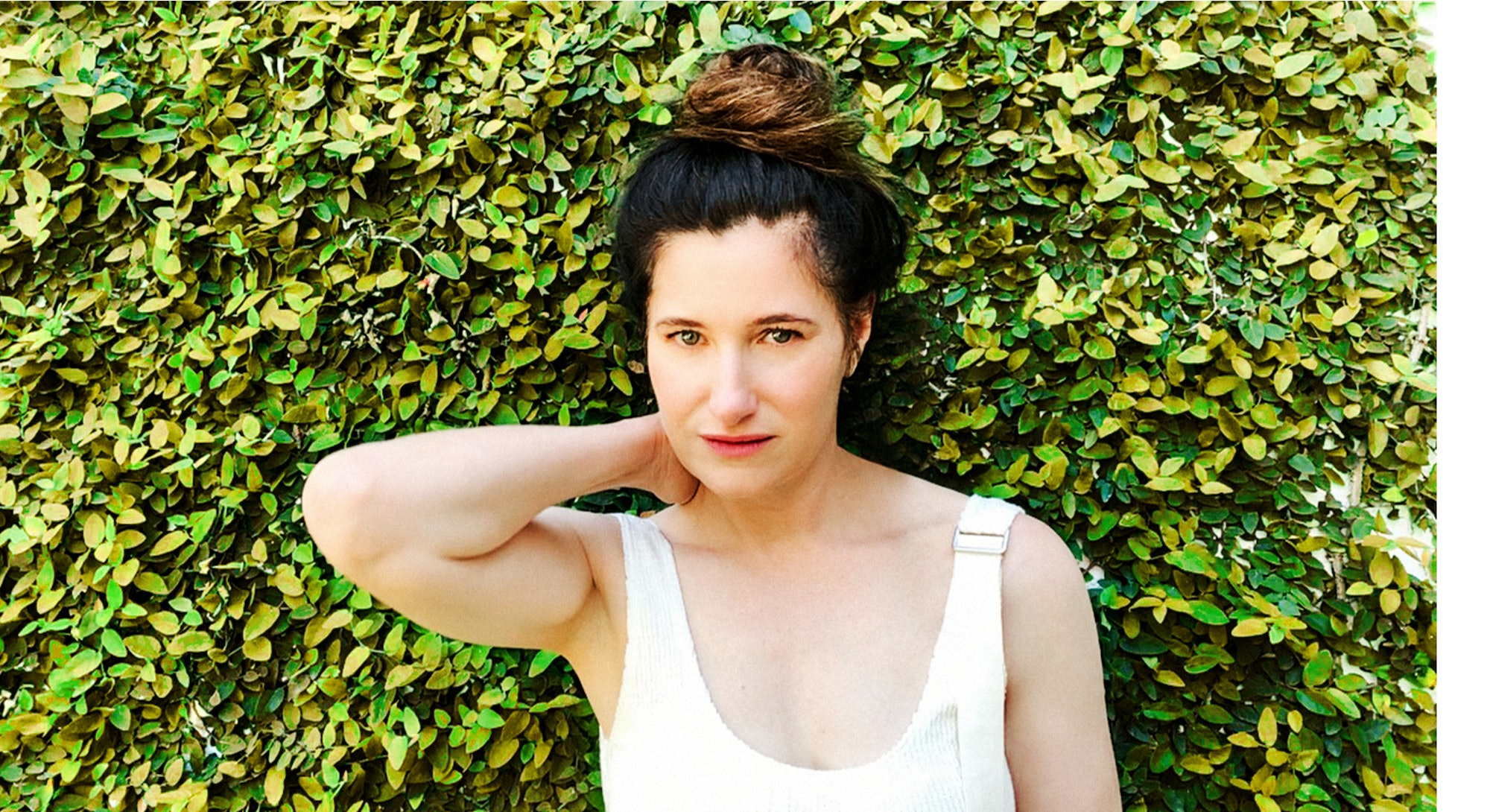 More than a month into coronavirus quarantine, Kathryn Hahn has learned how to make things a family affair. Before hopping on Zoom to chat about her new projects, Apple TV+'s Central Park, premiering May 29, and the HBO miniseries This Much I Know Is True, she got ready for the accompanying photoshoot with her 10-year-old daughter, who also acted as a photographer’s assistant. Her kids — Hahn also has a 13-year-old son with her husband, Ethan Sandler — have taught her a lot in the past month or so, including how to use Zoom. “I still have my AOL, still have my Filofax,” she explains. “I really do live basically under a rock.”

Like many of us searching for new routines in quarantine, Hahn is learning to adapt to a new normal. “I've been trying to find little glimmers of joy in what is such an awful — I mean awful, awful, awful — mismanaged, horrible situation,” she says. This includes participating in Ryan Heffington's Instagram Live dance classes, which she highly recommends; hanging out with her dogs, Jerry and Banjo; and watching “wildly inappropriate movies” with her kids. (They recently watched There Will Be Blood. Her daughter “loved it.”) They’ve even dipped into her own filmography, with Hahn showing her daughter her very first film, How to Lose a Guy in 10 Days. The experience was an odd one for the actor, who can't help but be critical of her performance. “It took a while until I realized that I am an actor,” she says, thinking back to her early days in Hollywood. “And I should bring all of myself, whenever I can do a job, that I love it with all of me.”

To watch Hahn now is to watch a performer fully in her element. She’s made a career of scene-stealing comedic appearances in movies like Step Brothers and Bad Moms, and in shows like Girls. But more recently, she’s found a niche playing 40-something women exploring their sexuality thanks to the trio of Jill Soloway projects Afternoon Delight, Transparent, and I Love Dick; HBO’s Mrs. Fletcher further cemented Hahn as the go-to for daring, sometimes funny sex scenes.

“I just feel lucky enough to say I’ve had the juiciest time,” Hahn says. “In my life, I didn’t find the juicy stuff creatively until I became a mom, which society, the planet, everyone, had told me it was going to be the exact opposite as a woman.” Below, Hahn reflects on what she wishes she could have told her younger self, being typecast, and aging in Hollywood.

On career goals and impostor syndrome:

I never could imagine myself on a screen of any kind. I went to school for theater. I always somehow imagined acting — I just never could place myself in the same category as those titans I saw on those screens. … It's almost like I was pretending to be an actor when I first came out [to L.A.].

"I still just wish I could go back to that young actor and be like, 'Just breathe... You deserve to be here. You don't have to make jokes all of the time.'"

On watching How to Lose a Guy in 10 Days with her daughter:

I finally was able to show it to my daughter for the first time, who got a huge kick out of it. She loved it. It was very surreal to watch with her and to see that younger version of myself who hadn't quite owned herself as an actor or as a performer. … I was tap dancing as hard as I could, honey. Tap dancing for my life!

It wasn't even about the movie — the movies I'm so proud of, and they're awesome, and fun. It's sweet to think back about that time of my life, and hanging out with those people. That was such a thrill. It was just more of a feeling of not feeling like I deserved to be there.

On the flaws of the typical “best friend” roles:

It's funny because I feel like all the best friends that I've played have told the heroines what they've wanted to hear, and I'm trying to think if there is one [that] really said the hard truth to someone. ...

The best friends were just there to talk about the phone calls with the guys — if you should call them back. When you should call him back? How many days should you wait? Is that the dress to wear on the date?

Now, looking back at some of those movies, an amazing friend [would] be like, “Hey, I'm sorry. I think we're talking about guys too much. I would rather not just play dress-up in fancy clothes. I kind of want to stay in my pajamas and just get takeout and just watch something fun with you because I love you and you're my friend.”

On why she doesn’t bristle at being typecast:

In [my] 20s, I had so much debt, I was so happy to be typecast as anything. I was just so happy to be working. Listen, the fact that there was even the word typecast next to me, I was thrilled.

[But] there was a summer that I had a teeny part in Step Brothers and then also in Revolutionary Road, and they were so wildly different. That felt like a dreamy summer to me just because it was two completely different projects.

On finding more complex roles after being a mother:

I think the older I get, the more chapters are revealing themselves to me that I'm walking through, that you realize as you're walking through them how many, many, many stories are there to be told that we haven't. And not just at this age, but just even looking down the barrel, there's so many. And what I'm hoping is that motherhood and womanhood, that the stigma of age, that ageism, will just lessen and lessen and lessen, and that we don't have to look at it with fear at all anymore.