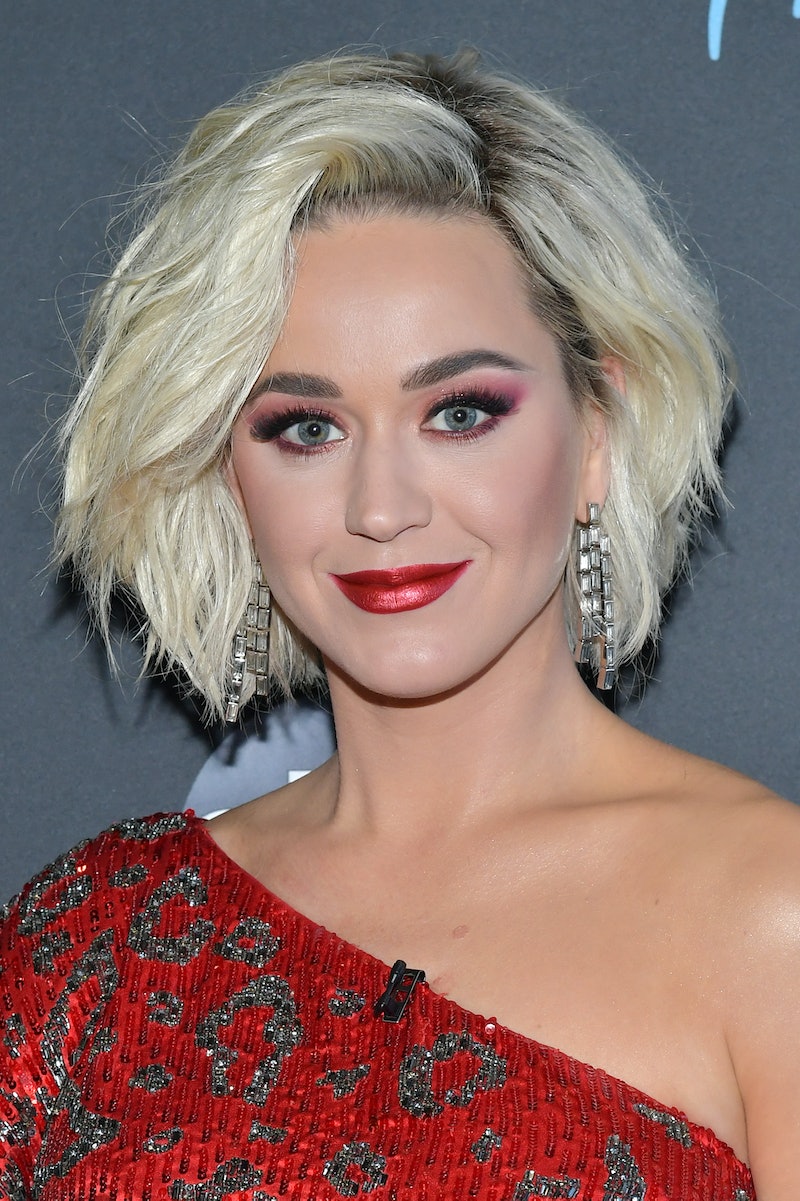 This singer is expecting — to eat a pretty big lunch, that is. In a recent interview with Us Weekly, Katy Perry joked that she's pregnant, but not in the way that you might think. On Sunday, Perry was asked her thoughts about filming an episode of American Idol on Mother's Day, which Sunday, May 12. The singer told the magazine that she would be using the episode as an opportunity to make a special announcement.

"I’m going to announce my pregnancy, how about that?" she told Us Weekly. "I’m pregnant full of Taco Bell." Given how often stars face pregnancy rumors, it makes sense that Perry would make light of such a situation or even try to get ahead of any future speculation. In addition to the food baby joke, Perry also noted she is looking forward to spending Mother's Day on set. "I have my outfit planned," she said. Maybe she'll go all out and somehow weave Taco Bell into her ensemble? (She did once dress up as a Cheeto, so she's no stranger to food-related attire.)

As fans may recall, in March, Perry returned to American Idol as a judge alongside Lionel Richie and Luke Bryan for Season 2, according to Billboard. The singing competition first aired on FOX in 2002, but was canceled after 15 seasons in 2016. ABC brought the show back in 2018 with Perry, Richie, and Bryan on board as judges.

The Witness singer is not having a baby, but the past year has brought a few other milestones in her personal life. On Feb. 14, Perry announced her engagement to Orlando Bloom on Instagram, showing off her flower-cut ring in a selfie with her soon-to-be-husband. In the photo, the couple posed in front of heart-shaped balloons, and the caption read, "full bloom." Bloom also shared the picture with Perry on Instagram, captioning his post, "Lifetimes."

In late February, Perry discussed the Valentine's Day proposal on an episode of Jimmy Kimmel Live! The singer told Kimmel that Bloom's proposal was "elaborate," including both champagne and a helicopter ride. After popping the question, the two landed on a rooftop, where Bloom invited friends and family to celebrate. Bloom and Perry were first linked in 2016 after meeting at a Golden Globes afterparty, as per People.

Perry's joke implied the two have no immediate plans to start a family, but the couple have reportedly talked about having kids in the past, according to Us Weekly. "They’re also planning for a little one. Perry, wants a kid ASAP," an unnamed source claimed to the publication. "It’s something they’ve talked about a lot." If the two stars were to start a family the baby would be a first for the Perry. Bloom, who was previously married to model Miranda Kerr, has a 7-year-old son named Flynn.

Before starting a family, the couple will have to plan their wedding, a task the singer will have to balance with her busy career. Perry recently dropped a new single with Zedd, which could mean a new album is in the works in addition to her responsibilities on Idol. While a baby could certainly be in these two lovebirds' future, it seems like the upcoming nuptials and career goals are the priority for now.