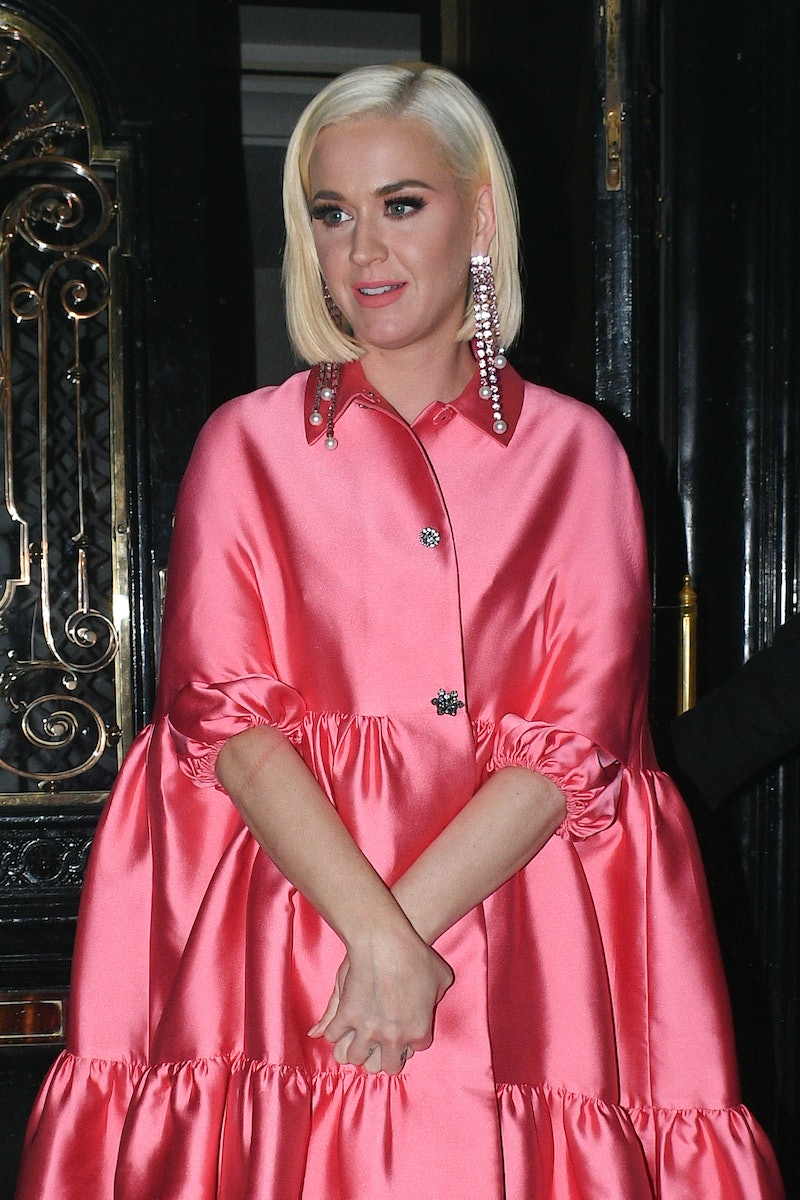 She’s the burger to her french fries: Katy Perry praised Taylor Swift’s Miss Americana documentary for its “vulnerability.” In an interview with Australia’s Stellar Magazine published on Saturday, Feb. 29, Perry addressed her friendship with Swift after the two publicly ended their long-running feud last year. The American Idol judge touched on her cameo in Swift’s music video for “You Need to Calm Down” — in which she donned a hamburger costume to match Swift’s fries costume — but first heralded Swift’s acclaimed Netflix doc, Miss Americana.

“We don’t have a very close relationship because we are very busy, but we text a lot,” Perry said of the friendship. “I was impressed by her documentary because I saw some self awareness starting to happen and I saw a lot of vulnerability. I was really excited for her to be able to show that to the world: that things aren’t perfect, they don’t have to be, and it’s more beautiful when they aren’t.”

Perry added of the “You Need to Calm Down” video, “Even though it was difficult, it was important to make that appearance in the music video because people want people to look up to.” She concluded, “We wanted it to be an example of unity. Forgiveness is important. It’s so powerful. If you can forgive your enemy, that’s amazing. As difficult as it is!”

Perry and Swift’s feud, which first made headlines in 2013 over a dispute with backup dancers, simmered down after Perry sent Swift a “literal olive branch” — a symbol of peace — in 2018. Perry shared the anecdote on Ellen last September. “It was actually just a misunderstanding but we have such big groups of people that like to follow us, and so they kind of started turning against each other a little bit, too,” Perry said. “I’m all about redemption and forgiveness and for setting an example for those younger people.”

Swift echoed similar sentiments after the debut of her “You Need To Calm Down” video. “We’d grown past allowing ourselves to be pitted against each other,” Swift told BBC Radio 1 last June. She added about the reconciliation, “She and I have been fine for a while and really on good terms but we didn’t know if we were ever gonna really tell people about it. We wanted to make sure that was solid between us before we ever made the public aware.”