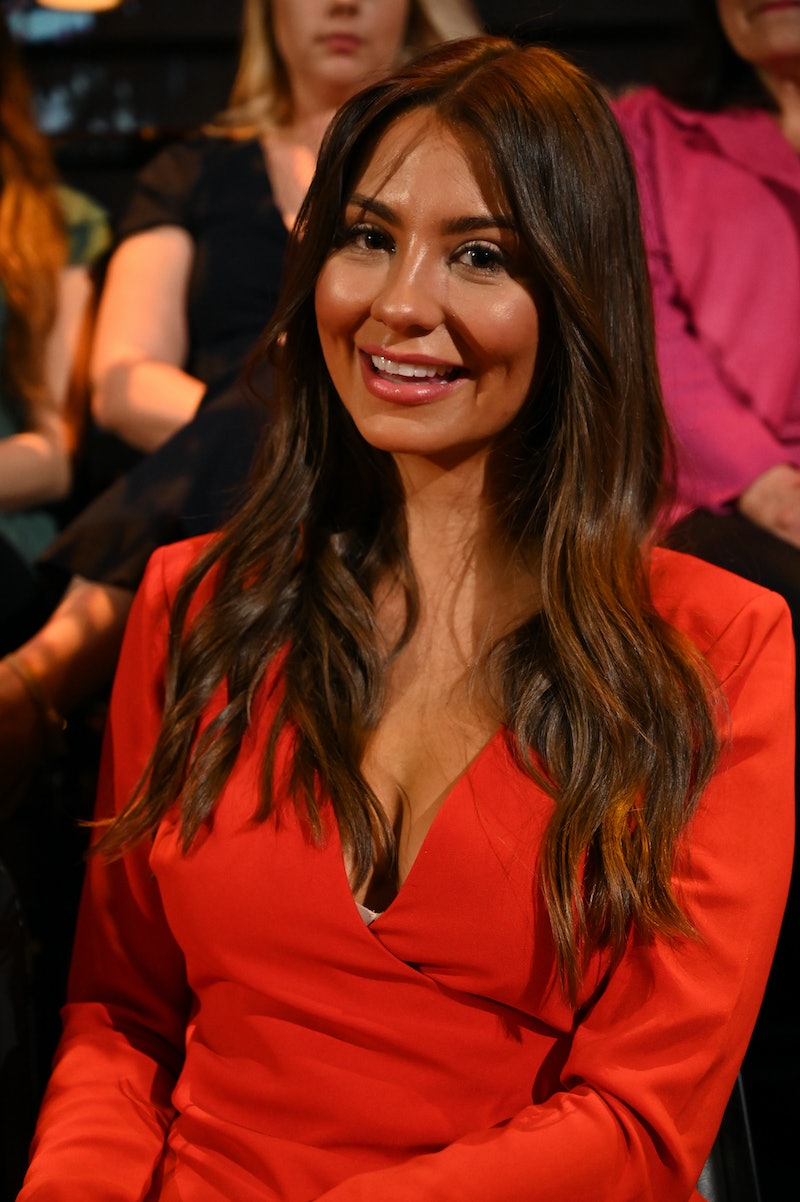 Kelley Flanagan is standing by her man. After reading through the comments of her latest TikTok dance video, Kelley defended Peter Weber's season of The Bachelor after one follower commented that the whole thing had been a complete waste of time. “You mean to tell me I wasted every Monday instead of studying for this,” the TikTok user wrote under the video, which featured both Kelley and Peter. This prompted the Chicago attorney to clap back at the remark by stating, “Lol you should have been studying!”

The couple have come a long way since the start of their Bachelor journey. Having met by chance prior to filming, many viewers felt Kelley had a solid lead ahead of the other contestants when it came to winning the pilot's heart — and that final rose. Yet as the weeks went by, their relationship became somewhat distant, which led to Peter eliminating Kelley from the show just before hometown dates. But now, after breaking off his engagement to Hannah Ann and officially parting ways with Madison, Peter and Kelley have found their way back to each other — first by quarantining together in Chicago — and now consider themselves to a be a full-fledged item.

Since the two of them became "Instagram official," Peter and Kelley have posted numerous videos and photos together, making it clear that their romance is here to stay. However, they aren't the only ones super jazzed about this turn of events. Peter's mom, Barb, is taking her fandom of the couple to a whole new level by posting numerous photos of Kelley and Peter. In fact, she just recently uploaded a side-by-side image of Peter and his brother Jack embracing their respective love interests alongside the caption, "Happiness Is..."

Along with posting photos on her own account, Barb has also commented underneath several of Peter and Kelley's own Instagram posts, leaving very little to the imagination about how much she approves of this union. She even went so far as to express an interest in meeting Kelley's mom, Connie Flanagan, at some point in the near future.

Between Kelley's protective instincts about Peter and Barb's overwhelming support of the whole thing, this relationship may just be able to withstand the test of time. After all, once you get the official Barb stamp of approval, you're pretty much out of the woods.

More like this
This ‘Bachelor’ Spoiler Teases The Dramatic Self-Elimination Of A Fan Favorite
By Grace Wehniainen
Zach Swears He Didn’t Look Up Contestants Before The Bachelor Began Filming
By Brad Witter
This 'Bachelor' Contestant Got Back With Her Bachelor Nation Boyfriend After Going Home
By Grace Wehniainen
'Bachelorette' Vet Clare Crawley Revealed Her Stunning Wedding Photos
By Stephanie Topacio Long
Get Even More From Bustle — Sign Up For The Newsletter
From hair trends to relationship advice, our daily newsletter has everything you need to sound like a person who’s on TikTok, even if you aren’t.