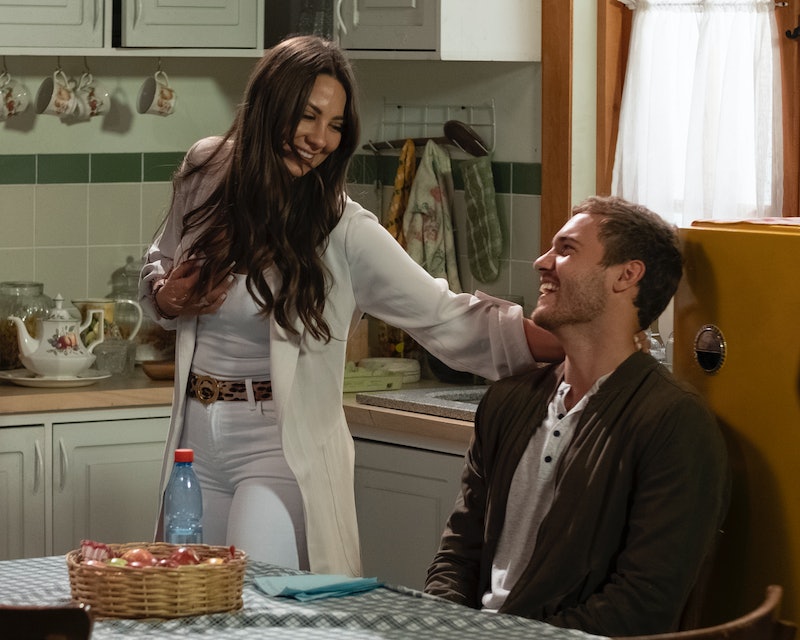 Pilot Pete's mom has found a new wingwoman, or at least that's what Barb Weber's new Instagram photo with Kelley Flanagan seems to indicate anyway. The Sunday, May 24 post included a selfie with Kelley next to another picture with her younger son Jack Weber's girlfriend, Kristine Bruun-Andersen, along with the text "Girls Rock!!" For her part, Kelly commented "love this" beneath the post Barb captioned with several pink heart emojis.

Not one to keep her opinions about her son's love life to herself, Barb has been singing Kelley's praises ever since Peter confirmed their relationship several weeks ago. On May 2, Barb celebrated Peter and Kelly's love, sharing a collage of photos with the caption "Serendipity" on Instagram. Weeks later, she posted more photos of her sons with their significant others, writing "Happiness Is..." After Kelley shared a golfing video with Peter on May 20, Barb also commented, "You compliment each other to a (TEE)."

She hasn't been quite so supportive of all of the Bachelor alum's previous relationships, however. After breaking off his engagement to Hannah Ann Sluss, Peter revealed on ABC's March 10 After the Final Rose special that he'd rekindled his relationship with Madison Prewett. Barbara didn't seem to approve of the coupling, however, and the pair broke up days after the episode aired. Weeks later, Peter and Kelley were spotted together in Chicago, where they were reportedly quarantining together.

After spending several months together in Chicago, Peter Weber and Kelley Flanagan began quarantining with Barb in Los Angeles, according to E! News. "Peter's family has always adored Kelley and his mom was rooting for her from the start of his Bachelor journey," a source told the outlet. "They are happy he is finally with Kelley and have fully welcomed her into the family. Barbara is obsessed with Kelley, and they have a great relationship."

Meanwhile, Peter hasn't shied away from showing his love for his new girlfriend on social media either. On Monday, May 25, he called Kelley his "little ray of sunshine" in the caption of an Instagram photo of the duo about to kiss as the sun was setting in the background. Not to be outdone, of course, Barb added her own two cents in the comments section, writing, "Picture Perfect!!!!"