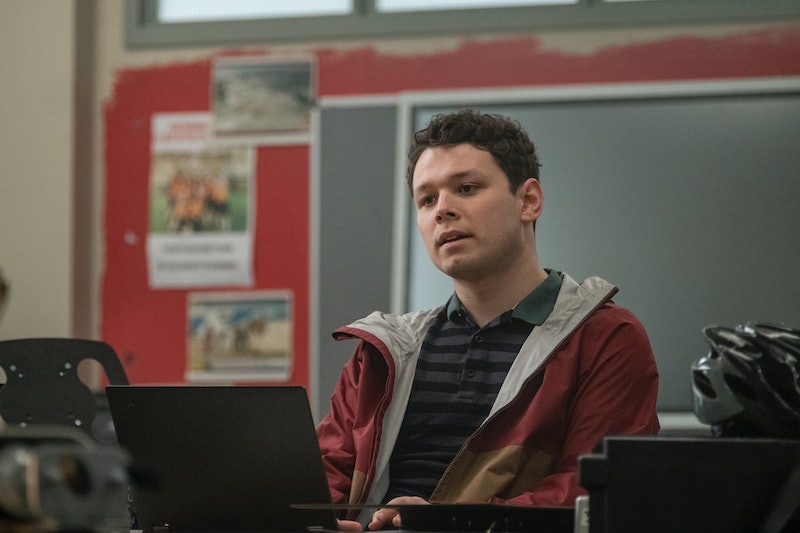 Spoilers ahead for Season 3, Episode 1 of Killing Eve. In Season 3 of Killing Eve, Eve has finally given up her obsessive hunt for Villanelle. Instead, she’s laying low, working in the kitchen of a Korean restaurant on the outskirts of London, and effectively retired from a career of international espionage. Carolyn’s son and Eve’s former colleague Kenny has also left MI6 behind, reinventing himself as an investigative journalist. But in the last moments of the premiere, his new career path proves lethal. Kenny is thrown from the roof of his office building, kicking off the season’s first mystery: Who killed Kenny?

As it turns out, the episode is littered with clues that Kenny's life could be in danger, starting ironically when he confronts Eve about her own cavalier attitude to personal safety. “You really shouldn’t leave your front door open considering the amount of people who have tried to kill you,” he announces after walking into her home unannounced. He confesses to Eve that in his work for the news outlet Bitter Pill, he’s resumed his search into Villanelle’s employer, the ominously named criminal organization The Twelve. Kenny’s been looking into the financial trail that the group's murders-for-hire leave behind and even attempts to recruit Eve back into the game. She turns him down with a stern warning: sleuthing around The Twelve is what almost got her killed in Season 2.

Back at the Bitter Pill offices, though, we see Kenny still has computer files on Fat Panda, the Chinese hacker killed by Villanelle in Season 1, and on Frank Haleton, Eve’s old boss, now also deceased at the hands of Villanelle. Minutes later, Eve finds Kenny dead on the asphalt outside his office, heavily implying that it’s his investigation that has led to his death. Still, there’s no indication who exactly committed the murder or even who had access to Kenny's files. When his co-worker asks about the story Kenny's been working on, Kenny's ostentatiously secretive. It seems even his boss doesn't know about his financial reporting. Still, could there be a mole inside Bitter Pill?

Villanelle is out of the country, which likely clears her of guilt, but as far as we know, the only person Kenny directly told about his investigation was Eve. And while Kenny's early findings were not enough to recruit Eve back into to the intelligence game, his murder will doubtless make it hard for her to stay away any longer.