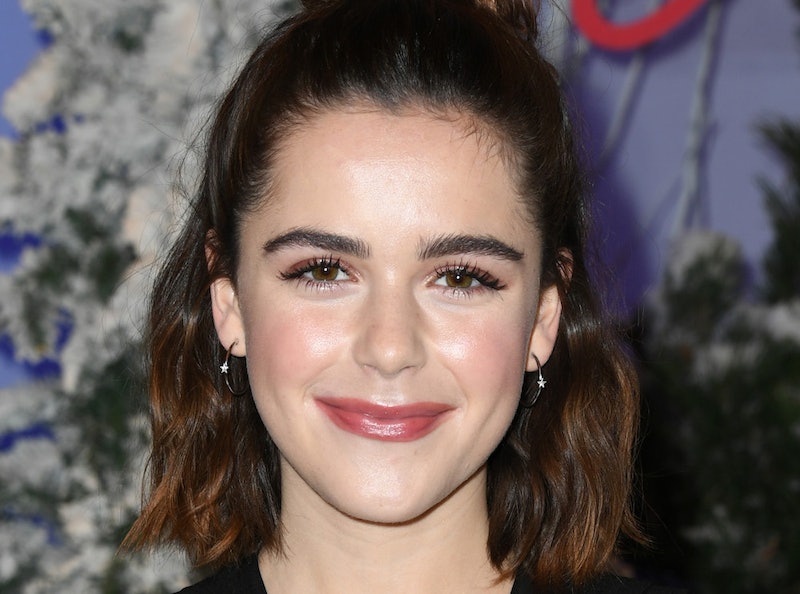 Goodbye, Greendale — Sabrina is en route to Hollywood. Kiernan Shipka’s new show Swimming with Sharks will be a satire on Hollywood studios. The Chilling Adventures of Sabrina actor will star opposite Diane Kruger in the Quibi TV series adaptation of the 1994 film directed by George Huang. The series will be written and produced by Murder in the First’s Kathleen Robertson and directed by Homeland’s Tucker Gates.

Swimming with Sharks will follow a solo female studio head, Joyce (Kruger), and her assistant, Lou (Shipka), in a company inhabited by “manipulators, schemers and intrigue,” per Deadline’s synopsis. It concludes, “But little do they know Lou is poised to outwit them all.” Kiernan and Kruger’s version offers a genderbent twist on Huang’s indie comedy film that featured Frank Whaley and Kevin Spacey in the original roles, respectively.

In Huang’s original satire, Whaley stars as Guy, a young film executive who begins to work for the famed producer Buddy Ackerman (Spacey) in an attempt to break into the world of Hollywood. When Guy reaches his breaking point with his manipulative and callous boss, he kidnaps Buddy and subjects him to torturous punishments. Quibi’s adaptation will be a modern update of the 1994 film that, per Deadline, “both celebrates and skewers the Hollywood studio system.”

Shipka currently stars as Sabrina Spellman in the Netflix horror series Chilling Adventures of Sabrina, a spin-off of the ‘90s TV series Sabrina the Teenage Witch. She’s also known for her roles in the AMC drama series Mad Men and the Netflix romance film Let it Snow. Swimming with Sharks marks Kruger’s first TV role since the 2013 FX series The Bridge. Her film credits include Inglourious Basterds, National Treasure, and Troy.

On Instagram on Monday, Shipka and Kruger celebrated the Swimming with Sharks news. Shipka shared a series of screenshots of the announcement on her Instagram Story and captioned the photos, “YAY!!!” and “@quibi’s new friend!!!” Kruger shared a screenshot of the news on her feed and wrote, “Fuuuuun.”

Quibi will launch sometime in April.

More like this
Here’s Everything Coming To & Leaving Netflix In August
By Jake Viswanath
At 28, Lesley Manville Was Acting, Picketing, & Singing Kate Bush Songs
By Olivia-Anne Cleary
Jane Lynch Revealed Why She’s Leaving 'Funny Girl' After Lea Michele Was Cast
By Grace Wehniainen
'A League Of Their Own' Star Abbi Jacobson Is Engaged To Jodi Balfour
By Jake Viswanath
Get Even More From Bustle — Sign Up For The Newsletter