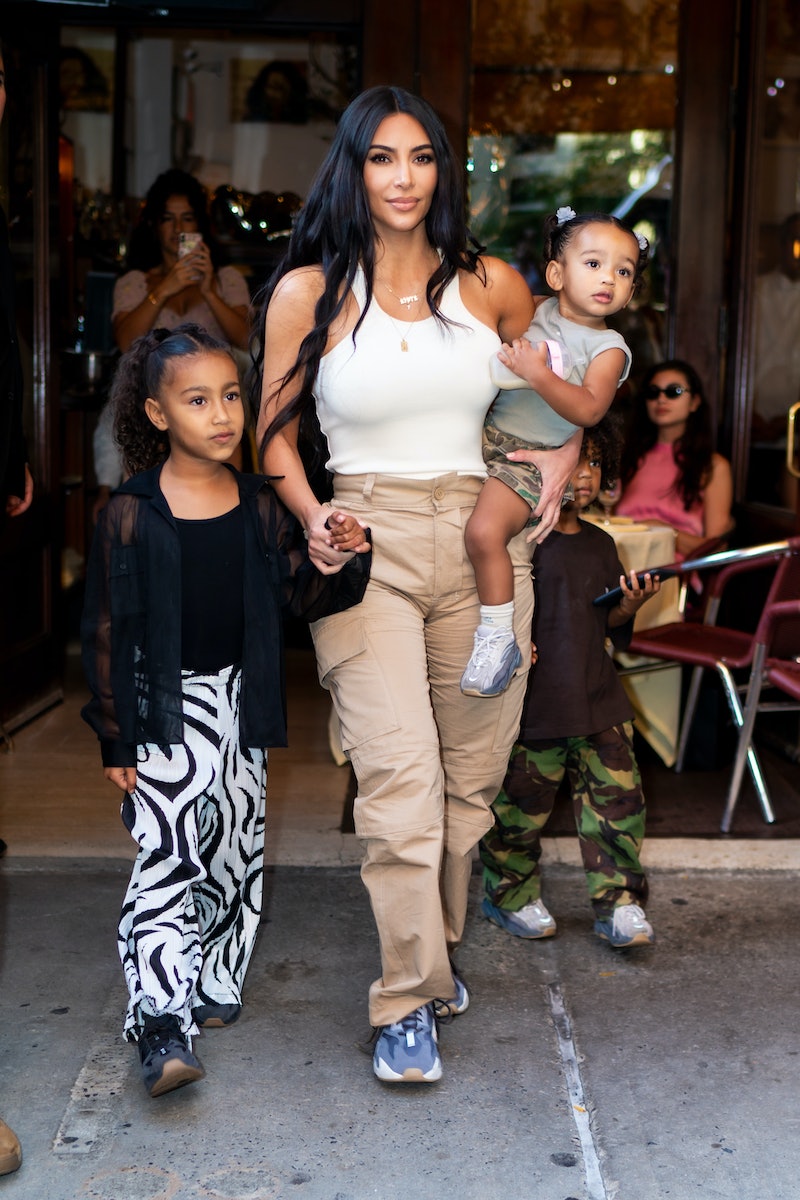 It's a celebratory day in the Kardashian-West household. Chicago West turned 2 on Wednesday, Jan. 15, and, of course, Kim Kardashian wished Chicago a happy birthday on Instagram. The Keeping Up With the Kardashians star couldn't help but praise her youngest daughter by sharing two photos, along with a loving message.

"I can’t believe you are already 2!" Kim wrote. "You bring so much joy into our lives. I love watching you grow every day! My smart, sassy and silly girl!" Like Kris Jenner usually does when her grandchildren turn another year old, she also celebrated Chicago's special day with a series of photos and a praiseworthy caption on Instagram expressing just how much she adores her "precious Chi Chi".

Ever since Chicago was born in January 2018, Kim hasn't been able to stop gushing over her youngest daughter, especially how she thinks they're "twins." During Ashley Graham's podcast, Pretty Big Deal, in October 2018, Kim opened up about how nervous she was at first to use a surrogate when having Chicago. But, she said she felt better after recognizing that God made Chicago to look exactly like her. And now here Chicago is two years old, and still looking quite like her mother.

The Kardashian-Jenners are known for celebrating each other's children's birthdays on social media and when they don't, their fans definitely notice. In December 2019, Khloé Kardashian didn't publicly wish Kourtney Kardashian's sons, Mason and Reign Disick, a happy birthday and was criticized for her choice.

So far, Khloé hasn't wished Chicago a happy birthday on Twitter or Instagram, but that doesn't mean Kim and Kanye West's third-born isn't feeling the love or being celebrated on her big day by every member of her family, on Instagram or not.