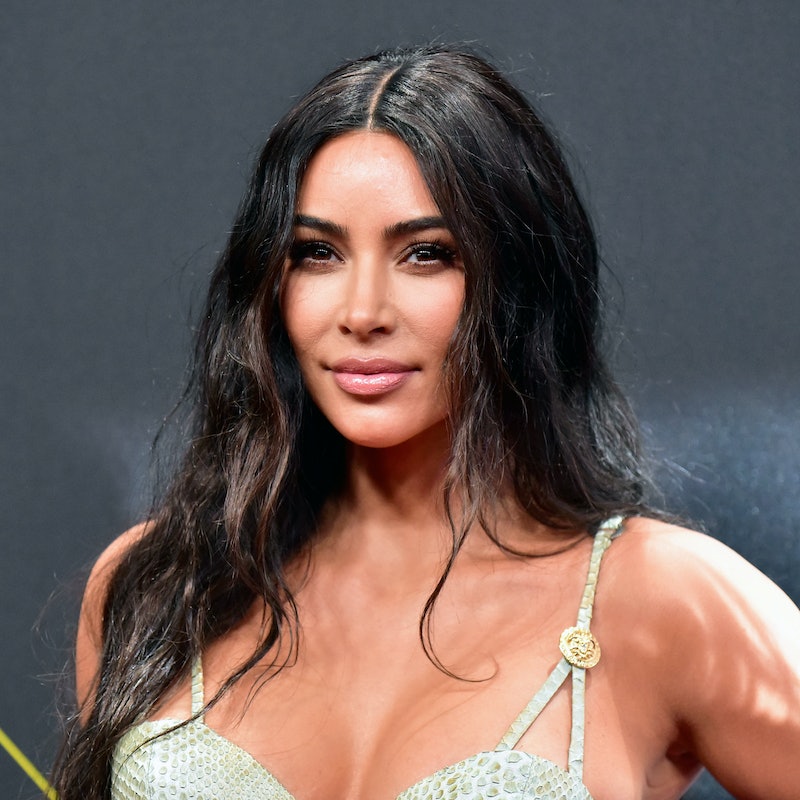 Continuing her mission to reform the legal system, Kim Kardashian said she was with Rodney Reed when the Texas death row inmate got news that a court delayed his imminent execution on Friday, Nov. 15. "Words cannot describe the relief and hope that swept over the room in that moment," the Keeping Up with the Kardashians star captioned a Nov. 15 Instagram photo of Reed, in part, also calling their meeting an honor. "That hope had been building over the last few weeks around Rodney's case. . . . And all because of a deep belief that every man or woman accused of a crime — especially one punishable by death — deserves the chance to have all available evidence considered."

Reed, who has maintained his innocence in the 1996 rape and murder of 19-year-old Stacey Stites, had been scheduled for a Nov. 20 execution by lethal injection. Following widespread public outcry, the Texas Court of Criminal Appeals temporarily stayed his death sentence on Nov. 15, however, allowing a lower court to "consider Reed's claim that the state presented false testimony and that he is innocent," per CNN.

As Time also reported, Reed's legal team cited lack of DNA testing (on the alleged murder weapon, among other items), as well as new evidence, which includes testimony that Stites' then-fiancé Jimmy Fennell allegedly confessed to committing the murder as retribution for her and Reed allegedly having an affair. Reed has admitted to having an affair with Stites, according to NPR, but he claims that he initially lied to police about the nature of their relationship because of how he felt an extramarital relationship — albeit an interracial one (Stites was white) — would be viewed in mostly conservative Texas.

In her Instagram caption, Kardashian noted that, through advocating on Reed's behalf, she's "grateful" she's seen "Democrats and Republicans come together," "grassroots activists and lawmakers link arms," and "heard people all around the globe speak up." Indeed, increasing numbers of politicians and celebrities alike have expressed their support for Reed in recent weeks. Among them: Beyoncé, Rihanna, Oprah, LL Cool J, T.I., Meek Mill, and Questlove. In Beyoncé's letter to Texas governor Greg Abbott (which she shared via her website on Nov. 7), the singer wrote: "Please take a hard look at the substantial evidence in the Rodney Reed case that points to his innocence. Be honest. Be fair. Give him back his life." Beyoncé also included a link to a change.org petition in support of Reed that had garnered nearly 585,000 signatures, as of publication time.

For her part, Kardashian is also working on an Oxygen criminal justice reform documentary, Kim Kardashian West: The Justice Project. The two-hour doc will capture Kardashian's "efforts to secure freedom for Americans who she believes have been wronged by the justice system," according to Oxygen’s website. As of May 2019, Kardashian had helped free 17 inmates serving life sentences for low-level drug offenses, as part of her ongoing effort to enact prison reform, according to CNN.