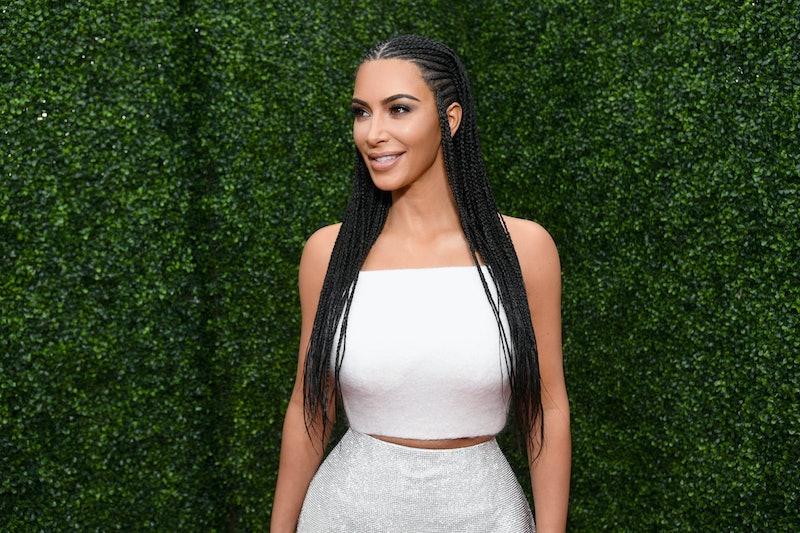 Kim Kardashian has taken her quest for criminal justice reform from coast to coast, all the way from the White House to the most populous state's halls of power. Kim Kardashian visited the California Capitol to discuss criminal justice reform on Monday, according to her Twitter post. The reality TV star, model, actress, and all-around famous Californian has worked hard to bring attention to the issue, most notably by meeting with President Donald Trump last year.

"Had a great day at the California Capital today discussing criminal justice reform," she tweeted in her one comment on the visit. Photos posted by lawmakers show that she met with a number of state assembly members, including Kevin McCarty, one of the authors of a constitutional amendment that would restore the vote for 48,000 Californians on parole for felony convictions.

McCarty's told CBS 13 Sacramento that Kardashian endorsed his "Free the Vote Act," which is perhaps the most contentious criminal justice reform proposal before the California legislature. "Ms. Kardashian West’s visit to the state Capitol was to advocate for criminal justice reforms, and issues related to women who are incarcerated," McCarty told the station. "She later learned about ACA 6/Free The Vote and endorsed the campaign and was invited to help with future lobbying efforts."

McCarty said Assembly Constitutional Amendment 6 would put California in line with other states that are already more forgiving. "When it comes to allowing those formerly incarcerated to vote, California is behind the pack," McCarty told The Sacramento Bee when the measure was introduced. "Roughly half the states in our country are more progressive in regard to letting felons and those on parole vote." Two-thirds of both chambers would need to pass the bill and then it would go before voters in 2020.

Kardashian's advocacy in California had previously focused on a bill that would prevent male prison guards from patting down incarcerated women; she tweeted about the bill using the #DignityForIncarceratedWomen hashtag. It was signed into law in August and came into force in January.

Nationally, Kardashian has had a bigger profile in her lobbying of the president. "Great meeting with @KimKardashian today, talked about prison reform and sentencing," the president wrote on Twitter after her visit in May. She pushed Trump to grant Alice Marie Johnson clemency, and he did. The 63-year-old woman was locked up for more than 20 years for a non-violent drug crime.

"Her commutation and forthcoming release is inspirational and gives hope to so many others who are also deserving of a second chance," Kardashian wrote to Trump and Jared Kushner in an emailed statement, The New York Times reported.

Kardashian has brought attention to other cases since then. She has advocated for the release of 30-year-old Chris Young, who was sentenced to life in prison for possession. She also tweeted at the president in early January to thank him for passing the First Step Act.

If Kardashian's successful lobbying of Trump is any indication, she should help move along the California measure, too.