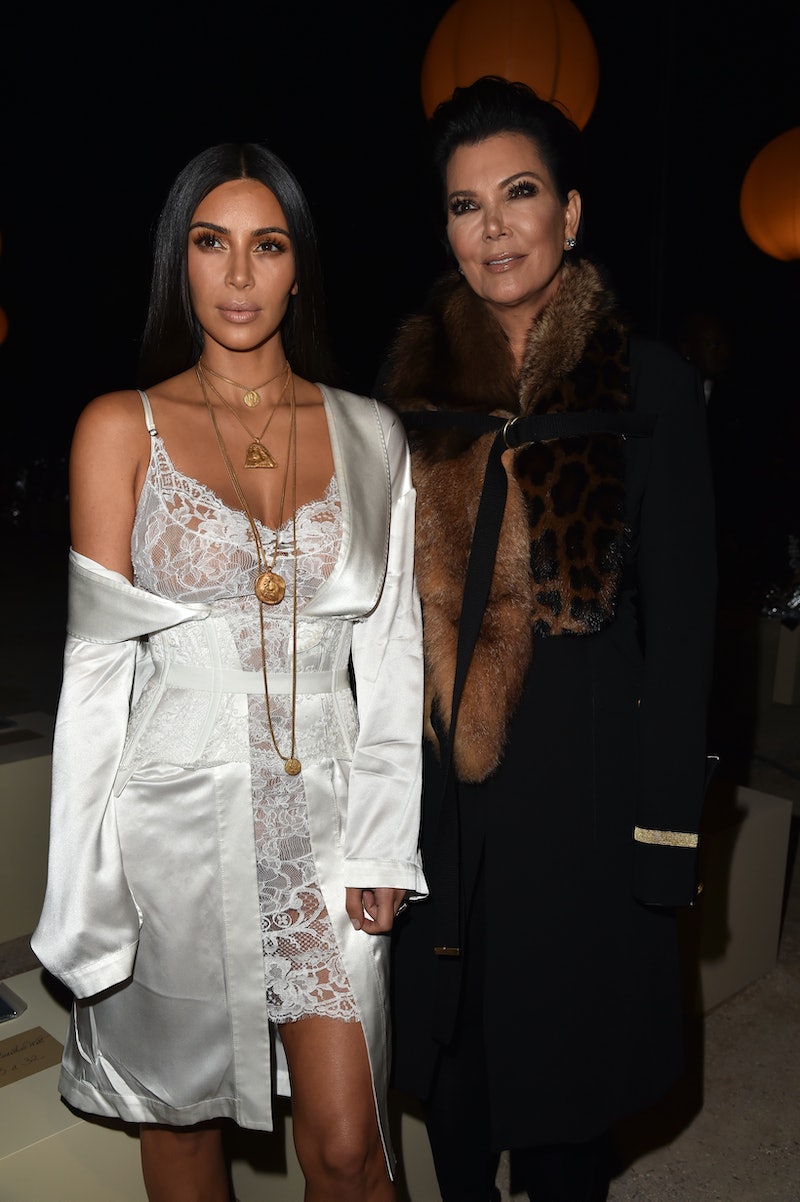 It seems like the Kardashian-Jenner family is constantly growing, but it all comes back to their matriarch. On Sunday night, Kim Kardashian's Mother's Day post to Kris Jenner highlighted the example she sets for her kids. Kardashian shared a series of mother-daughter photos and a very sweet caption about the ultimate momager.

The Keeping Up With The Kardashians star wrote,

"To the best mom in the entire world, Happy Mother’s Day! Thank you for the being the best inspiration for all of your kids and showing us to work hard and love harder! I love you so much!!!"

Aside from celebrating her own mom, it was a big weekend for the reality star. On May 10, Kardashian and her husband Kanye West welcomed their fourth child, a son, via surrogate.

Kardashian hasn't shared much about the new addition. As of this moment, his name is still under wraps. Kardashian announced her son's arrival on May 10 when she tweeted, "He’s here and he’s perfect!"

In another tweet, Kardashian revealed, "He’s also Chicago’s twin lol I’m sure he will change a lot but now he looks just like her." For anyone who isn't "keeping up" with the West family, Chicago West is Kardashian's youngest daughter.

In a May 11 interview with E! News, Jenner discussed the birth of her newest grandchild. Echoing Kardashian's sentiments, she declared, "[He is] the twin! The twin of Chicago! Same child."

However, the famous grandma didn't get to meet the baby in person at that point. Jenner admitted, "I have a cough." Then, she revealed, "So they wouldn't let me come to the hospital. So I'm a little annoyed." Understandable.

That wasn't the first time that Jenner was out of the loop about her youngest grandson. During a May 9 taping of The Ellen DeGeneres Show, Kourtney Kardashian surprised Jenner when she said, "My mom doesn’t even know this, but Kim’s surrogate went into labor."

In response to that revelation, Jenner said, "No! What are we doing sitting here?" She had more questions though: "Who is with her?" and "For how long?" She even told Ellen DeGeneres, "C’mon Ellen, let’s go!" That would have been a wild episode of The Ellen DeGeneres Show: accompanying the Kardashians at the hospital.

Even though Jenner might have felt a little left out of her grandson's arrival, she did have a lot of praise for all of of her daughters who have children of their own. In an Instagram post on Sunday, Jenner wrote,

"To my beautiful daughters who are moms, I am so proud of you girls and the mothers you have become.. my grandchildren are so blessed that God chose YOU to be their mommies.. I love you @Kourtneykardash @kimkardashian @khloekardashian @kyliejenner... you are my heart #happymothersday."

Her daughters Kim, Kourtney, Khloé Kardashian, and Kylie Jenner are all moms, but Kendall Jenner is not. The supermodel jokingly commented on her mom's Mother's Day Instagram post with, "Love you too mom."

As great as those Instagram posts are, let's hope that the grandma of 10 got the best Mother's Day gift of all: an in-person meeting with baby West.