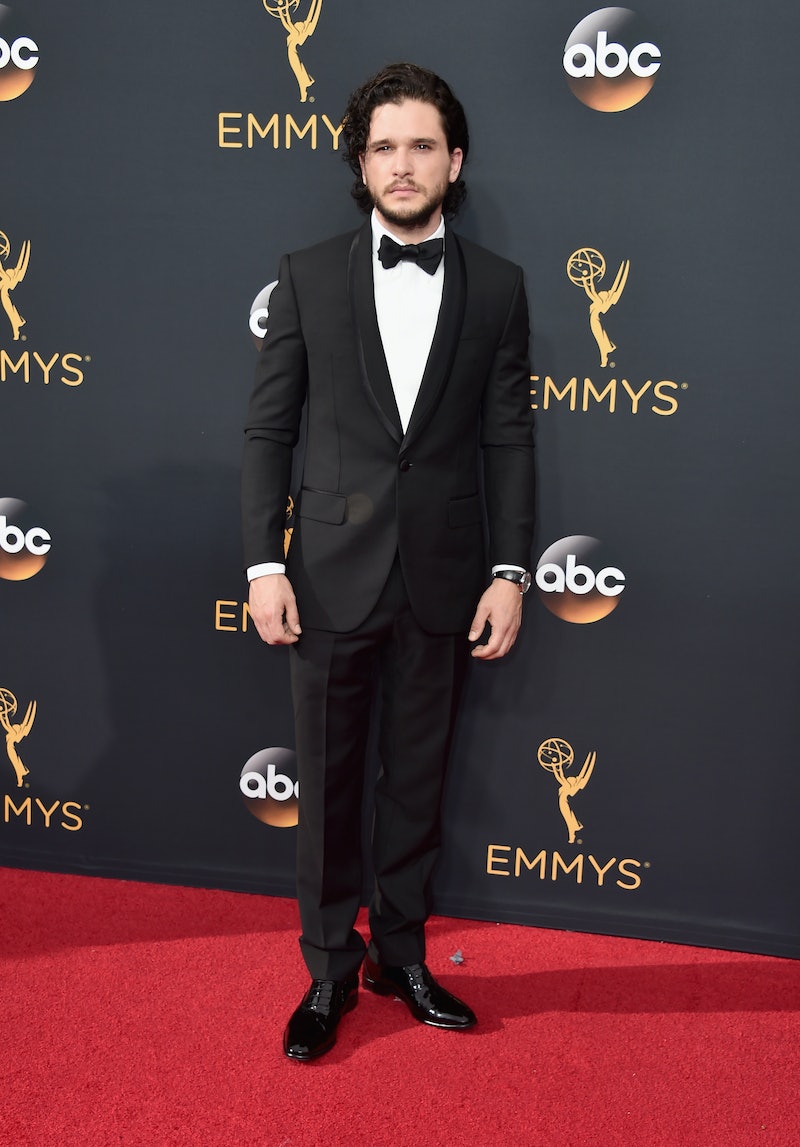 In the world of Game of Thrones, everyone is grasping for power — some want to rule the Seven Kingdoms, but most just want to have a say in their own destinies. With its focus on political machinations, it's not surprising so many viewers see shades of the modern world reflected back to them in the hit HBO show. Even the actors cannot deny the comparisons. In a recent interview with Esquire, Kit Harington compared Game of Thrones to politics, and his words are sure to resonate more now than ever before. The actor said,

"Thrones can be used as a metaphor way too much, but if there's one truth, I think, it's that people who really desire power are the people who shouldn't have it."

Much like his character, the sage, young buck that is Jon Snow, Harington's words of wisdom ring true. (Seriously, by now I think most people will agree that Jon Snow does indeed know something.) Looking at the landscape of politicians and organizations grappling for control in the real world, it's hard not to be reminded of Cersei showing Littlefinger where he stands in the hierarchy of the great game. "Power is power," she says to the show's greatest manipulator, and her misuse of the power she wields feels far too much like the stain of corruption seemingly hovering over the current administration.

For the most part, Harington prefers to stay out of political discussions. He told Esquire, he "believes in experts" first and foremost, and as an actor he doesn't see the world of government as his natural domain. However, that doesn't mean everyone involved in Game of Thrones feels the same way.

When the magazine asked George R.R. Martin, the writer of the A Song of Ice and Fire series on which Game of Thrones is based, how he felt on the subject of Donald Trump, he held nothing back. Martin told Esquire,

"I think Joffrey is now the king in America. And he's grown up just as petulant and irrational as he was when he was thirteen in the books."

There are more than a few people out there who would agree with Martin's assessment for sure, but it's Harington's measured response that cuts straight to the heart of what makes a good leader. Much like in Game of Thrones, those who are driven by a desire for power tend to make for horrible leaders. It's those who enter their roles in hopes of making the world a better place and who are humbled by their position who have the best chance of leaving their offices better off than when they entered them.

Currently, I believe there are far too many Cerseis, and not enough Jon Snows running the world — and I think these members of the Game of Thrones team would agree.