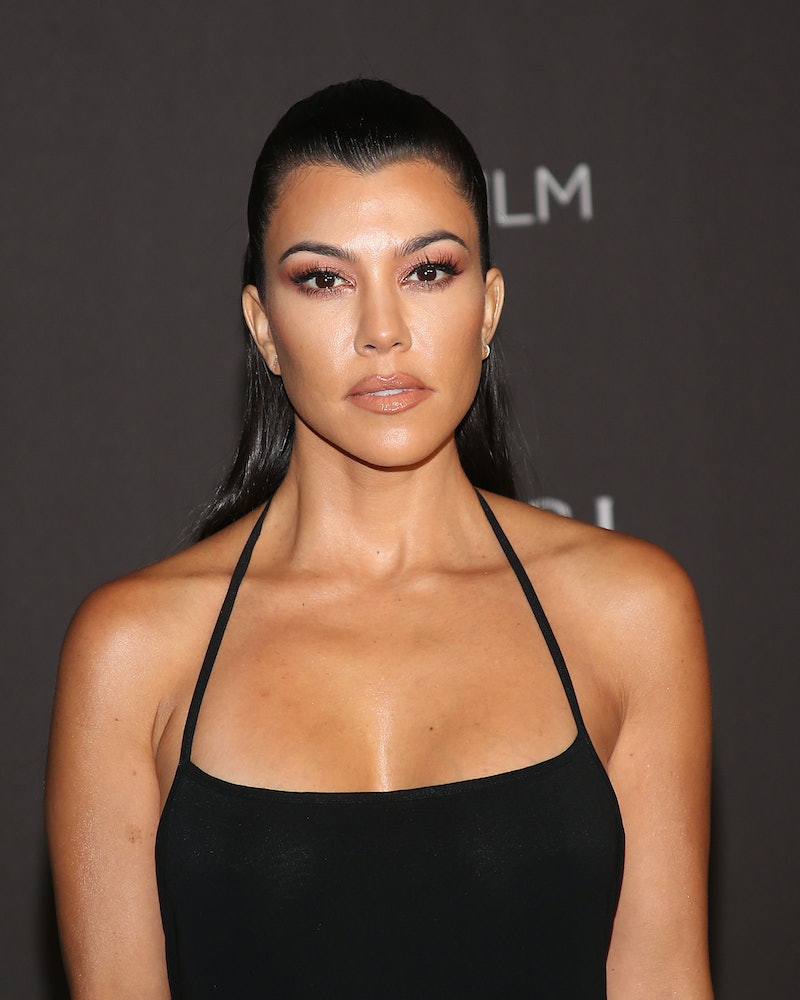 Everyone talks about Keeping Up With The Kardashians, but what about keeping up with their offspring? Their lives are super entertaining, especially on a birthday or special occasion. Penelope Disick's birthday was on July 8, but she's been celebrating since June. Kourtney Kardashian's birthday message for Penelope was posted a day later on July 9, and it's worth a read.

In the caption of her Instagram post, Kourtney shared some kind words about their mother/daughter relationship. She wrote,

"I’m so in love with her. I can’t believe she’s 7. She inspires me to be my absolute best. The things I have learned from her are immeasurable. Unconditional, pure love."

Penelope's dad Scott Disick also shared a sentimental message on his own Instagram page. In honor of P's birthday, he wrote "Happy birthday to my little angel who shows me what life’s about every single day. Love u 2 much poosh."

Grandma Kris Jenner posted a series of photos with Penelope for her birthday on July 8, writing "You are the sunshine of our lives and I am so blessed to have you to love and watch you grow up!!! Thank you for bringing me so much joy and being the best sister, daughter, granddaughter and cousin!!!"

Aside from the touching birthday messages on Instagram, she celebrated her birthday (at least) twice in real life. On July 8, Penelope took a big, G-wagon limo to IHOP for a pajama party. Thankfully, Aunt Khloé Kardashian shared photos from the group's not-so-casual trip to IHOP.

Penelope's cousins North West and True Thompson were in attendance to celebrate her 7th birthday.

And, of course, Kourtney, Khloé, and Kim Kardashian were there to chaperone (and pay the bill, obviously).

This wasn't the first time that Kourtney celebrated a milestone at the chain restaurant. In 2014, Kourtney had a baby shower at IHOP, celebrating the impending arrival of baby Reign.

By Penelope's standards, the IHOP breakfast was actually a pretty casual thing. Her cousin North's birthday is June 15, which is close to Penelope's birthday, and a great excuse for the two of them to have double birthday parties for the last three years. In 2017, Penelope and North had a Moana-themed birthday party. The year before, they celebrated with a mermaid-themed party.

In 2019, Penelope and North had a Candy Land-themed birthday party in Kourtney's backyard, which sounds casual, but obviously wasn't. Of course, the event was way over-the-top. Penelope and North went all out with their rainbow birthday ensembles. There was candy everywhere, an ice cream truck, Barbie dolls for the guests, and so much more.

For Penelope's 7th birthday, she was the subject of Instagram posts that were seen by millions of people all around the world. She had an elaborate birthday party with her cousin North. She managed to turn up at IHOP. If this was all for age 7, imagine age 8 —or better yet a sweet 16 or a 21st birthday. The bar is high.