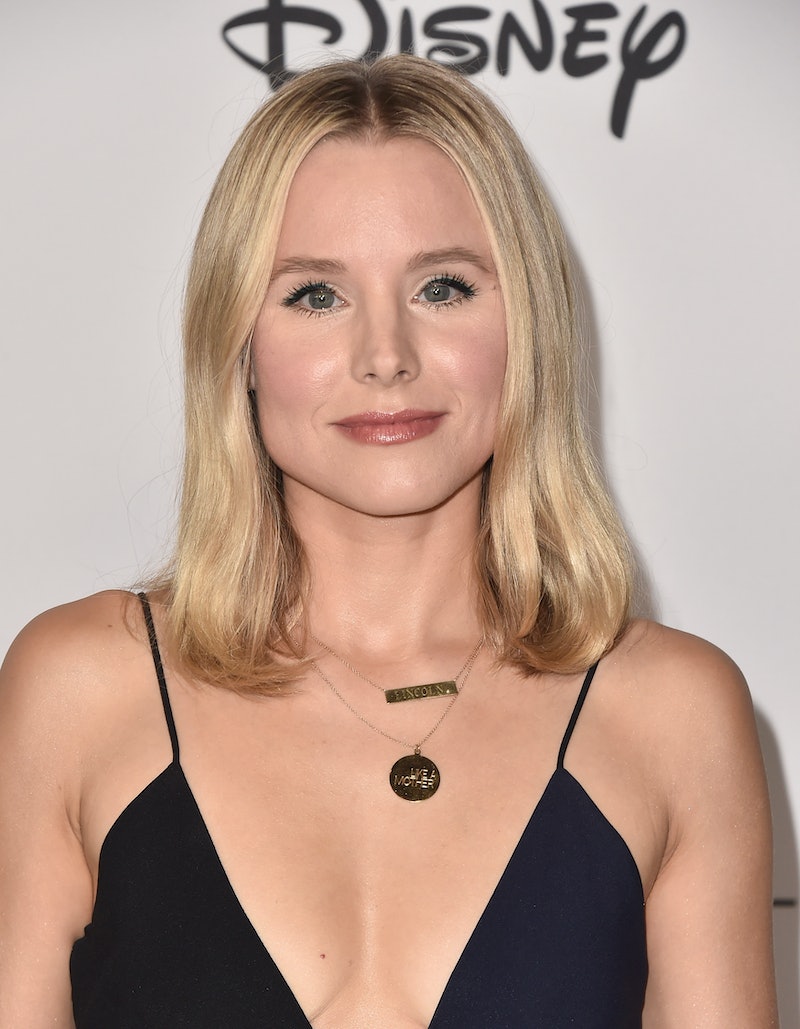 Kristen Bell might be a Disney princess herself after voicing Anna in Frozen, but that doesn't mean she's not disconcerted when it comes to the princesses in the other stories — especially where a certain woman and her seven dwarves are concerned. In an interview with Parents magazine, Bell said she thinks Snow White sends a bad message about stranger danger and consent. Still, she doesn't keep her daughters Lincoln and Delta from enjoying the story. Instead, they have a conversation about it.

If you're familiar with Disney, you're probably also familiar with Snow White's story. After narrowly escaping death at the hands of the Evil Queen and her huntsman, Snow White moves into a cottage where seven dwarves live before she's poisoned with an apple, only waking up after she's kissed by a prince. Obviously, this story has brought up a few teachable moments for Bell, which she said often happen when she reads Snow White to Delta and Lincoln at bedtime — and they mostly revolve around where that apple and the prince's kiss are concerned.

"Every time we close Snow White I look at my girls and ask, 'Don't you think it's weird that Snow White didn't ask the old witch why she needed to eat the apple? Or where she got that apple?' I say, 'I would never take food from a stranger, would you?' And my kids are like, 'No!' And I'm like, 'Okay, I'm doing something right.'"

Another thing that Bell questions about Snow White? The fact that the prince kisses her to wake her up — without her permission. Bell said she asks her kids,

"'Don't you think that it's weird that the prince kisses Snow White without her permission?' Because you can not kiss someone if they're sleeping!"

To be fair, she has a point — kids should be a little concerned if they see a character taking an apple from a shady old woman she's never met before or see her being kissed by a man she's never met while she's unconscious. Those moments should raise red flags for them, both in fairytales and in real life, so it's good that Bell is teaching her daughters to think critically about stories like Snow White instead of banning them completely.

Bell's comments come just one day after Keira Knightley said she won't let her daughter watch certain older Disney movies because of their themes during an appearance on The Ellen DeGeneres Show. According to Knightley, she doesn't allow Cinderella to be shown in her house "because she waits around for a rich guy to rescue her," and The Little Mermaid is banned because she doesn't want her daughter to "give your voice up for a man." Instead, movies like Frozen, Finding Dory, and Moana are Knightley-approved.

From everything that Bell said, it doesn't sound like she has to worry at all about Lincoln or Delta taking an apple from a stranger. Maybe that's the lesson everyone should be learning when they watch Snow White from now on.