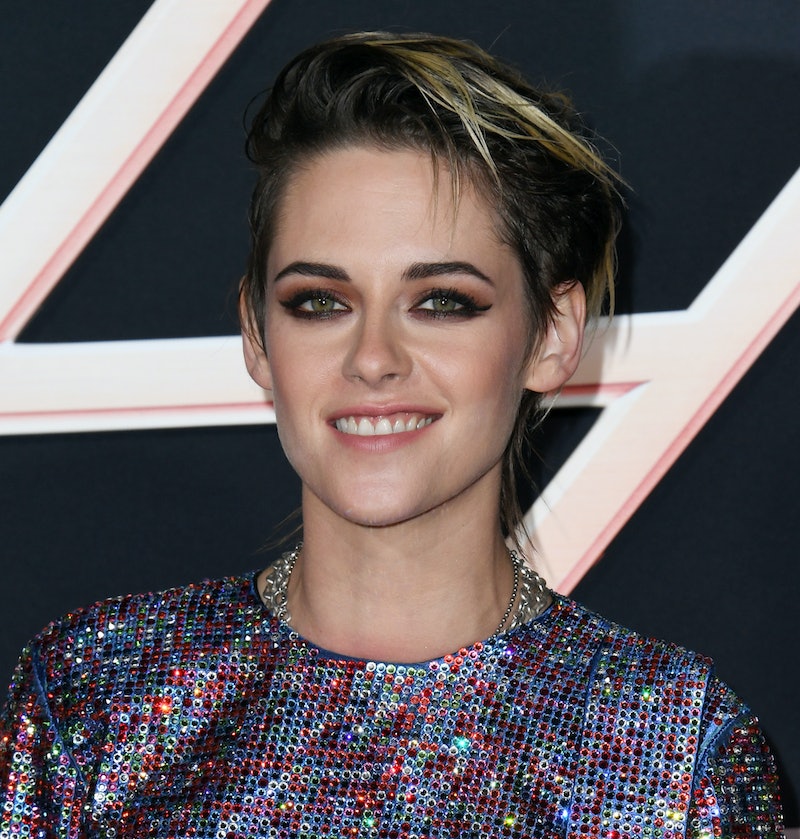 Bella and Edward will always have each other's backs. Kristen Stewart praised Robert Pattinson's Batman role in a new interview with Fandango, published on Nov. 11. Alongside her Charlie's Angels costars, Naomi Scott and Ella Balinksa, they gushed over Pattinson becoming the next dark knight of Gotham in The Batman.

In the interview, when asked who they thought was the best Batman in film, Stewart immediately responded, "Robert Pattinson, yet to find out." She later added, "I have all the faith." Though, for the record, her other favorite Batman is Michael Keaton. Both of her costars agreed with Stewart, and Scott even took it a step further, saying Pattinson and Zoë Kravitz (she's playing Catwoman in the film) were "born to play" the roles.

Stewart agreed with the Aladdin star and even revealed there is one element of the character she can't wait to see Pattinson tackle: his signature voice. While imitating the DC Comics character, Stewart said, "I can’t wait to hear Rob be like, 'I’m Batman.'"

This isn't the first time Stewart's praised Pattinson's superhero role. During the Toronto Film Festival in September, Stewart told Variety, "I feel like he's the only guy that could play that part." She added that she couldn't be happier for her ex, saying, "I'm so happy for him. It's crazy. I'm very, very happy about that. I heard that and I was like, 'Oh man!' It's awesome."

Pattinson has yet to respond to Stewart's support, but she should be happy to know that he's already been working on his Batman voice. In fact, he already has the perfect inspiration in Lighthouse costar Willem Dafoe. As he told Access Hollywood in October, "It is pretty similar, the voice I’m gonna do. Batman has a sort of piratey kind of voice, I think that will really suit it."

More like this
Hayden Panettiere Will Return For 'Scream 6': "We F*cking Won, Scream Fam"
By Jack Irvin and Jake Viswanath
What Does Doctor Strange’s Third Eye Mean?
By Arya Roshanian
Wait, Did Wanda Die In 'Doctor Strange And The Multiverse Of Madness'?
By Arya Roshanian
Elizabeth Olsen Is Better Off Without Us
By Chloe Foussianes
Get Even More From Bustle — Sign Up For The Newsletter