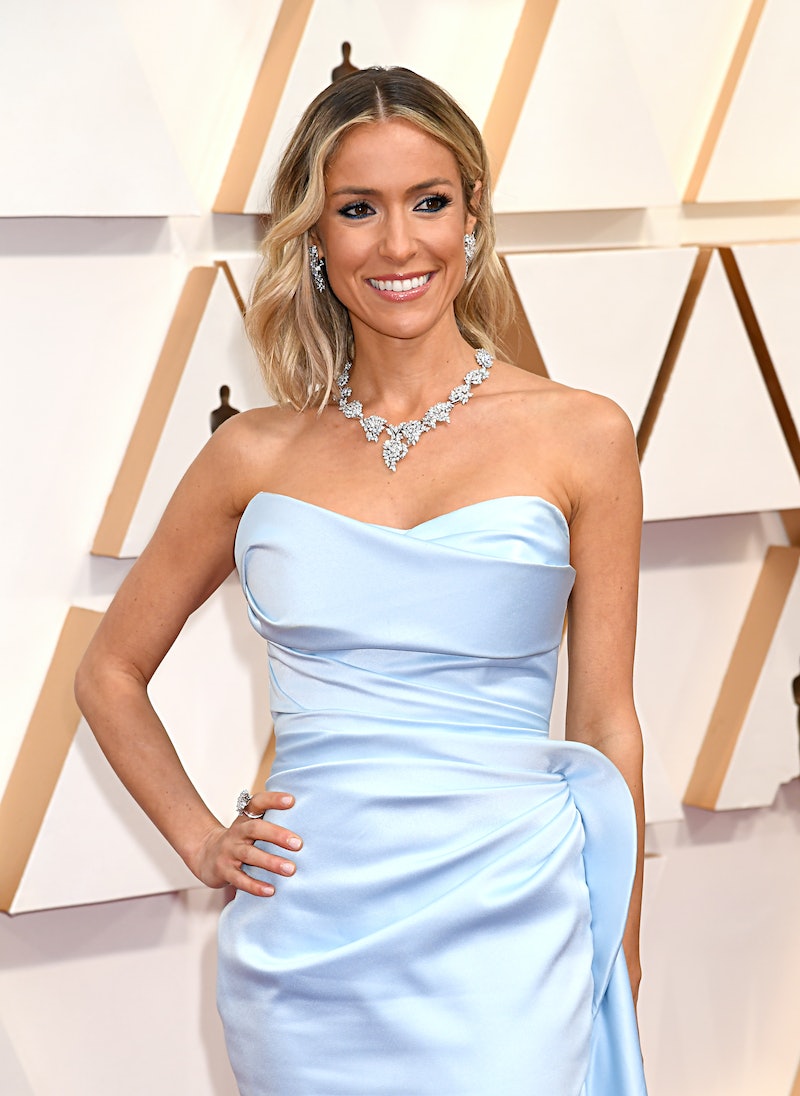 Following the dramatic announcement of her split from husband Jay Cutler, Kristin Cavallari celebrated her son's birthday on Thursday, May 7. Her middle child, Jaxon, turned 6, and Cavallari took to Instagram to honor her son who she called her "little man" and "forever angel." The Very Cavallari star also shared two pictures, one kissing Jaxon and another smiling at him.

"Jaxy, you have such a sweet, sensitive side yet have the ability to make everyone laugh with your incredible sense of humor and with," the reality star wrote. "You light up a room and make this world a better place. I'm so thankful to be your momma. Love you forever angel."

Jaxon's birthday comes just a few days after Cavallari and Cutler reached a custody agreement regarding their three children, according to People. They are also parents to 7-year-old Camden and 4-year-old Saylor. This news comes after Cavallari and Cutler announced their divorce on Instagram on April 26. At the time of their announcement, they revealed they simply grew apart after 10 years together and that they "have nothing but love and respect for one another."

According to documents obtained by People, Cavallari is permitted to use marital funds to purchase her own home, where her three kids will spend part of their time when they aren't with Cutler. Cavallari has yet to find a new residence, so the kids will stay at their current home in Nashville, Tennessee. Plus, Cavallari and Cutler will switch off every other week to stay with the kids until she moves.

The former couple have reportedly been named "joint primary residential parents," meaning each will spend 182.5 days with Jaxon, Camden, and Saylor a year. Cutler will have the kids every other Friday after school until the following Friday after school. Then, Cavallari will take over. It's basically a week-on, week-off schedule. As for holidays, they'll alternate Easter and Thanksgiving, fall and spring breaks, and split the Christmas holiday.

As for child support, People stated that "both parties have sufficient assets to provide for the support of the minor children while the minor children are in their respective care" and that they've both agreed to "equally pay the cost of any and all agreed upon extracurricular activities in which the minor children participate." The former NFL player will also continue paying health, dental, and optical insurance for the children.

This agreement came after a few tense days of legal back-and-forth, during which Cavallari claimed that Cutler was blocking her from purchasing a separate home for her and their children. It sounds like the former couple were able to work things out just in time to celebrate their son's big day.

More like this
Pamela Anderson’s Dating & Marriage History Could Be Its Own TV Series
By Jake Viswanath
Meghan Trainor & Daryl Sabara Are Expecting Their Second Baby
By Jake Viswanath
Adam Levine & Behati Prinsloo Welcome Their Third Child Together
By Jake Viswanath
4 Surprising Celeb Throuples That Got The Internet Talking
By Sophie McEvoy
Get Even More From Bustle — Sign Up For The Newsletter
From hair trends to relationship advice, our daily newsletter has everything you need to sound like a person who’s on TikTok, even if you aren’t.