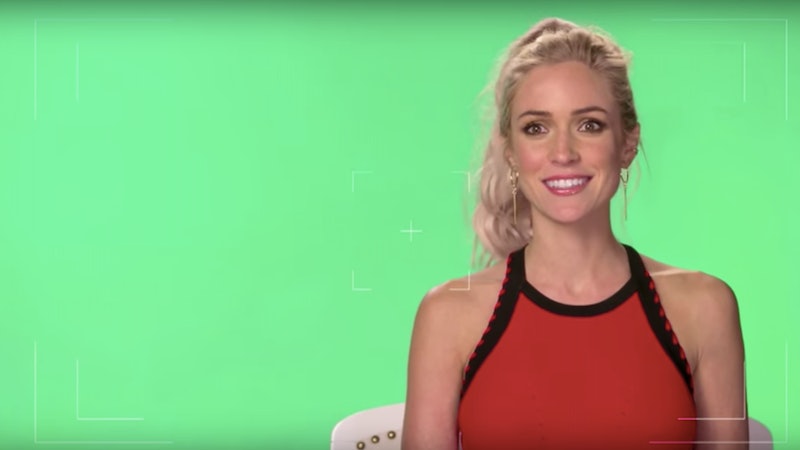 It's been almost eight years since she finished filming The Hills. However, a recently released trailer for Kristin Cavallari's new show Very Cavallari brings her back to her reality TV roots. The show marks a fresh chapter in the now 31-year-old's life that fans are certainly going to love. A far cry from her days of Laguna Beach and the Hills, Very Cavallari proves to be somewhat of a sequel, which allows Cavallari an opportunity to showcase the progress that she's made over the years. The Very Cavallari sneak peek offers viewers a must-see glimpse into how drastically life has changed for Cavallari over the past decade, and the show looks like it's going to be quite an adventure.

As an adult, Cavallari proves that being a mother and wife is now what takes top priority, while her gig as a reality star and entrepreneur plays second fiddle to her family life. Cavallari is now married to NFL quarterback Jay Cutler and shares three young children with the football star. Her oldest son Camden is 5-years-old, her second son Jaxon is now 3, and her only daughter Saylor is 2-years-old.

People reported that Cavallari and Cutler, 34, decided to make the move from Chicago, Illinois to Nashville, Tennessee following Cutler's release from the Chicago Bears in March 2017 after eight seasons with the team. Although, Cutler briefly retired from the on-field action to become a game analyst, he re-signed a one-year contract with the Miami Dolphins. Cavallari has since suggested that Cutler will not be returning to the NFL next year.

With her adolescent days of high school drama and bickering now far behind her, Cavallari is embarking on her newest journey into reality television making her way over to E! for a new show, which is due to premiere on the network this summer. Cameras will follow the now 31-year-old as a wife, mom, and entrepreneur as she makes the full-time move to Nashville, Tennessee while attempting to launch the flagship location of her company Uncommon James.

According to People, those employees include Cavallari's social media director Shannon, store manager Brittainy, and her office assistant Reagan. Cavallari adoringly refers to the team as her "minions" as they work together to sell the Uncommon James lifestyle product line, which includes a jewelry collection designed by Cavallari herself. Cavallari appears to be super hands-on when it comes to her brand. The reality star told Us Weekly in April 2017 that she is "involved in every facet of the company, from measuring out the actual jewelry to overseeing all of the shipments to creating the line sheet."

Now all grown-up and completely owning her new lifestyle, the Very Cavallari snippet features Cavallari toasting to the life in her rear view. "WWKD? What would Kristin Do? And not, what would Kristin do when she was 23," she jokes while sitting with friends.

A statement released by E! on Wednesday, April 4, from its EVP of Development and Production, Amy Introcaso-Davis read:

"Our audience has followed Kristin from The Hills to E's red carpet and will now get a view into her life as entrepreneur and lifestyle tastemaker. We will see Kristin push herself as a boss of a new and expanding brand while combating the pressure to succeed. She will be challenged with juggling her staff of strong-willed employees, making time for her husband, newly retired football player, Jay Cutler, and remaining an active mom to her three kids."

It seems that Cavallari is back and ready to tackle the world of reality TV once again. With a brand new outlook on life, love, and family, Very Cavallari may be the next chapter to The Hills that fans have always wanted.