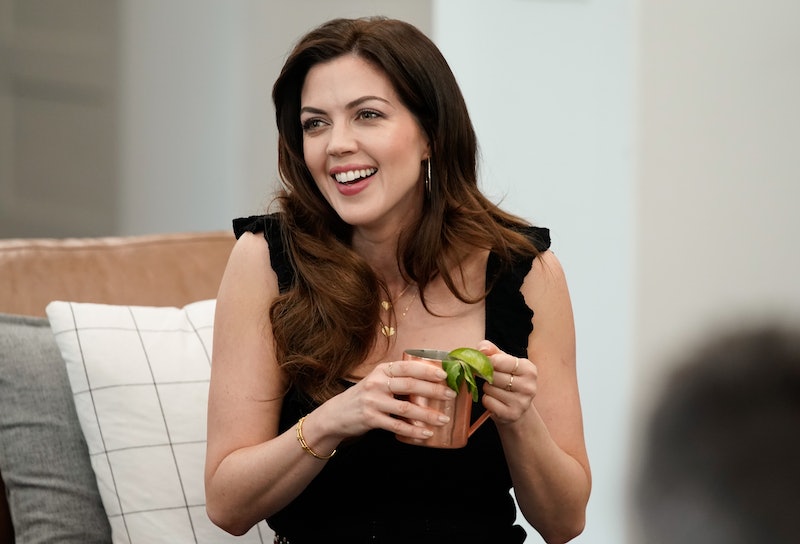 The leading lady of FOX's Labor of Love is no stranger to reality TV. Over a decade ago, Kristy Katzmann was a contestant on The Bachelor. Her journey to love didn't quite work out then, and it hasn't in the intervening years, either. Now, she's on Labor of Love trying to find a husband who will also be a great father to start a family with.

Like on The Bachelor, Labor of Love will have Katzmann go on dates and whittle her group of 15 men down to one winner. The guys will also participate in fatherhood challenges to see how well they could adapt to having a baby. The Bachelorette has actually done similar challenges in the past, like putting the men through "labor pains" and making them compete in a diaper changing relay race. But while those were one-off examples of Bachelor Nation testing contestants who say they're ready for marriage and a family, Labor of Love is going to be all tests all the time until Katzmann finds the man and potential father of her dreams.

Back in 2007, Katzmann thought that man may have been Brad Womack. Katzmann competed on Season 11 of The Bachelor, the one where Womack infamously decided not to continue dating either of his final two contestants. Fans first met Katzmann when she popped out of the limo and examined Womack's tongue to declare that he was "under some stress." Yeah, the weird limo exit stunts have existed for years.

Katzmann made it pretty far in the competition, and was sent home in Week 5 as part of the final six. While Womack considered Katzmann a friend, he struggled to see how they fit into each other's lives, because he felt that Katzmann was a little too serious for him. The week before he sent her home, he called her "mature and composed," which he considered to be a deal breaker. He worried that she was "too refined" to deal with what he described as his roughness around the edges. A week later, he declined to give her a rose and she went home.

According to the Chicago Tribune, Katzmann was 29 at the time she went on the show and was working as an acupuncturist from Chicago. She told the outlet that she was a hopeless romantic. "You never really think you're going to get picked for the show and I did. So I kind of felt like a little bit of magic was coming my way," she said. Shortly after she was sent home from the show, she changed careers to be a sales rep for a nutritional supplement company. She's now a key account manager for Ora Organic, per her LinkedIn.

She told the Tribune that she still watches Bachelor Nation shows, so she was likely able to translate her reality TV experience and knowledge into leading her own show — and potentially weeding out anyone there for the wrong reasons. Although, since the show is pretty up front that it's about love, marriage, and a family, it would be wild if someone went on just looking for social media clout. But as Katzmann knows from the outcome of her own Bachelor season, anything can happen on reality TV.