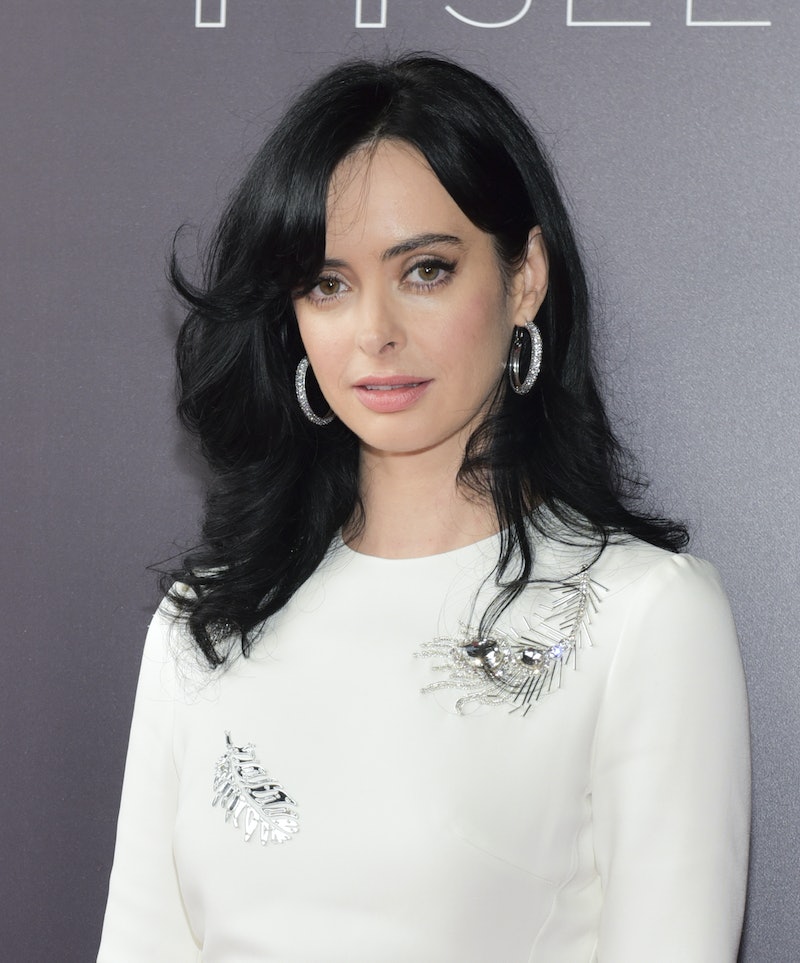 With the filming of Season 3 recently getting underway, Deadline reported on Wednesday, June 27 that lead actor Krysten Ritter will directing an episode of Jessica Jones. Ritter is taking her talents behind the cameras although no details about her episode have yet been revealed. The 36-year-old appeared to be overjoyed about the opportunity. She recently released a statement about her involvement. Per The Wrap, it read:

“I am beyond thrilled to make my directorial debut on Marvel’s Jessica Jones. The entire crew and cast has become family to me, and I’m so appreciative of the opportunity to work with our incredible team in this new way. I am so grateful that Melissa Rosenberg, Jeph Loeb, Marvel, and Netflix entrusted me to take the reins.”

Ritter also took to Twitter to express her elation, tweeting,

"This is the best thing ever! Thanks @DEADLINE - I am over the moon to be directing JESSICA JONES!"

It's worth pointing out all 13 episodes of Season 2 were helmed by female directors and Season 3 appears to be following suit, giving Ritter her directorial debut in its highly anticipated return.

The second season decision was made by Jessica Jones showrunner Melissa Rosenberg and was announced at her Transform Hollywood panel in Fall 2016. Rosenberg's move to have 13 different female directors sign-on during that season undoubtedly helped to give huge opportunities to women who may not have otherwise been given a chance in the industry.

While it's unclear if Rosenberg will follow the same formula for Season 3, Ritter's directorial debut continues to serve the cause of giving female directors a platform amidst the rampant marginalization of women and minorities behind the camera. A November 2017 hiring report compiled by the Directors Guild of America shared evidence that the television industry, which has long been largely dominated by caucasian men, is slowly pushing towards being more inclusive when it comes to directors on a whole, thanks to show creators like Rosenberg and Ava DuVernay, who implemented similar hiring practices to that of Rosenberg's on the set of her series Queen Sugar.

Per Deadline, the DGA report shares that the percentage of women directing episodic TV shows in the 2016-2017 season increased by 23.5 percent from the previous season.

The study lists the top ten employers which collectively produced 75 percent of television episodes last season as; 20th Century Fox, CBS, NBC Universal, Amazon, Disney/ABC, Warner Bros., HBO, Sony, Viacom Music & Entertainment, and Netflix, according to the DGA report. And while none of the media conglomerates seem to be doing a great job at creating an inclusive environment for neither women nor minorities, Netflix, which streams Jessica Jones on its platform, charted second to last in the study, finishing with only 15.9 percent of its directors being women. Netflix also led the race in its percentage of Caucasian male directors tallying up to 77.3 percent, while their percentage of ethnic minority directors totaled a dismal 4.5 percent, according to the report.

The study also points out that Amazon took the lead when it comes to the percentage of women directors, coming in at 33.6 percent. However, they ranked second to last in the ethnic minority directing category at only 10 percent.

But there's still a lot of work to do when it comes to the inclusion of women and minorities behind the cameras. Ritter's new gig could help to improve those numbers going forward and lead to many new opportunities for other women.

Ritter joined the Marvel series in 2015 and has been portraying the show's titular character Jessica Jones since its inception. Now that she will be making the huge step into the director's chair next season, Ritter will continue to kick down doors for women everywhere both in front an behind the cameras.