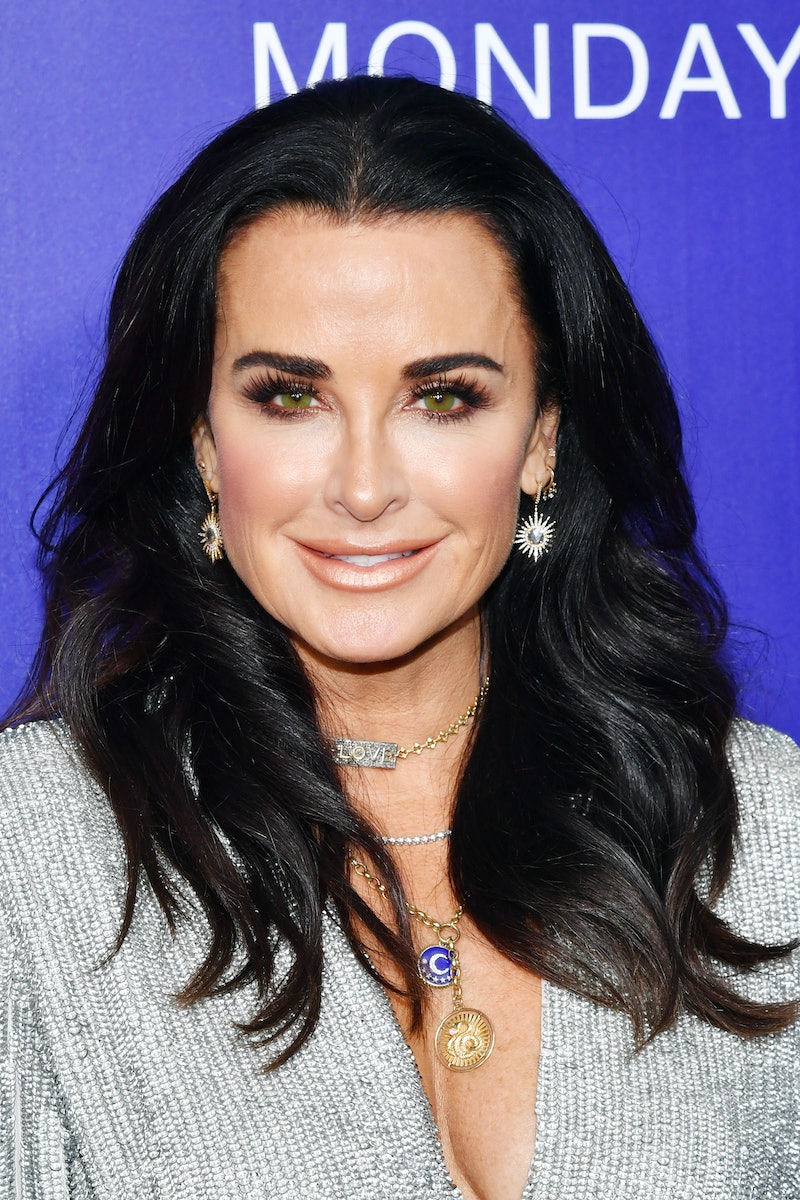 Now that Lisa Vanderpump is officially done with Real Housewives of Beverly Hills, there has been lots of speculation about possible replacements. RHOBH OG Kyle Richards wants Chrissy Teigen to be a Real Housewife and she has for a long time, but she has started to give up hope on her dream of Chrissy joining the cast.

Kyle admitted to Us Weekly, "We’ve fantasized and talked about things" when she was asked about adding to the cast. Then, Kyle continued, "People always ask. I would say Chrissy Teigen, but I know she won’t do it, so I gotta think of somebody else now, because I know she’s never going to do it." Props to Kyle for at least being consistent with her answer. Back in April, Kyle had a lot of praise for Chrissy during an interview with Access. At the time, Kyle said, "I always say if there was going to be somebody, Chrissy Teigen would be the most amazing Housewife ever."

Kyle even emphasized, "Wouldn’t she be the best housewife?" She would definitely be hilarious, that's for sure. Not only that, but she's already up-to-date on all of the drama as a super fan. However, it just doesn't seem like it's in the cards.

In August 2018, Chrissy tweeted about the possibility of joining the show, Ultimately, she doesn't feel like she's cut out for the Real Housewives life, specifically the reunion tapings. No one wants to argue in a long gown for an entire day. No one can blame her.

However, it might be fun to be a Housewife (and even film the reunion) if Chrissy has Kyle by her side. She has Kyle's support and the two already have a great rapport.

In 2016, Chrissy tweeted about looking for a house. In response, Kyle suggested using husband Mauricio Umansky's real estate agency in response. Plus, she offered to babysit for Chrissy while she househunted with Mauricio.

That's when Chrissy wondered if Kyle's youngest daughter Portia Umansky was ready to babysit. That's when Kyle emphasized that she would have no problem babysitting Chrissy and John Legend's child. This would actually be a great scene on RHOBH, especially now that they have two children.

Aside from babysitting services, Kyle seems like a great person to get lunch with, a sentiment that Chrissy agrees with. In December 2018, Chrissy posted a photo with a very large purse.

Kyle commented asking to "get a ride" in the bag, obviously poking fun at its size. Chrissy even offered to go give it to her if they could get lunch together. That's pretty much a dream come true: lunch with Chrissy and a new purse.

The Real Housewives of Beverly Hills go out to lunch all the time. That's where a lot of the gossip goes down. Chrissy would fit right in with the normal routine.

Kyle even suggested having a slumber party, which would be a very cute themed event on Real Housewives of Beverly Hills next season. Chrissy knows the show inside and out. She already gets along with Kyle. Maybe Andy will cut her break and let her skip out on those reunion tapings if she signs on. Or she could just change her mind and own those reunions, which she is very capable of doing.