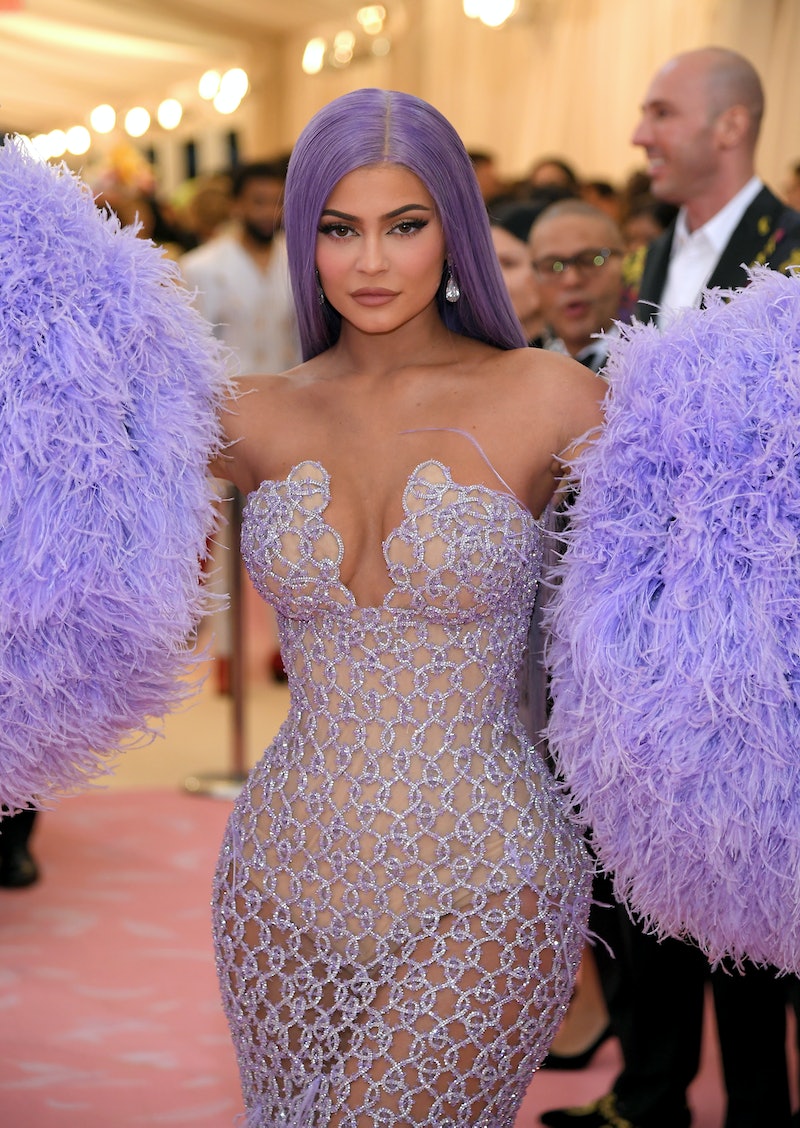 The mothers and daughters who 'gram together, stay together. Kylie Jenner's latest pictures with Stormi completely proved this theory recently. On Saturday, June 29, in the midst of rampant Kylie pregnancy rumors swirling (she later clarified that the rumors weren't true), the beauty mogul posted a series of matching photos with her daughter, 16-month-old Stormi Webster.

Both donning multi-colored, tie-dye cold-shoulder dresses, Kylie and Stormi had quite the stylish Saturday. In the first two images, Kylie can be seen posing alongside her daughter with Travis Scott, before sweetly kissing her forehead. "Mini me," she captioned the photos, adding a black heart emoji.

While the reality star sports black strappy heels in the photos, Stormi opts for the more toddler-friendly white sneakers. "You're so so perfect," Khloé Kardashian commented. Kylie knows how to take a note, because she spent most of the day posting shots from the same impromptu fashion shoot.

Kylie captioned her second post, a selfie of her cradling a smiling Stormi, "my real life bestie." It's clear from the adorable moment that these two are super close. They even made some time for a dance party. On the Kylie Cosmetics founder's Instagram Stories, she posted a video of Stormi dancing to music in front of a mirror.

Next, Kylie posted a sweet solo shot of Stormi, next to peak-level window lighting. "My girl is getting so big .." the proud mama wrote next to the pic. Apparently, Khloé spent her day following along with her younger sis' mommy-daughter photo shoot. She commented, "It's so so scary how fast they grow up," probably referencing her own 1-year-old daughter, True.

Stormi is a regular presence on Kylie's social media. Whether she's having a chill day in or hanging out with her famous cousins, watching her little girl grow up is one of Kylie's fave pastimes. It feels like motherhood has been a real game-changer for the 21-year-old. In a May 2018 interview with her older sister, Kim Kardashian, for ES Magazine, Kylie opened up about what being a relatively new parent has meant to her.

"I think more about the future because of her," Kylie, who has expressed a desire to expand her family soon, said. "Every time I leave and I'm stressed about leaving her, I'm like, 'I'm doing it for you.'" She added, "Everyone says you change completely when you become a mom, but I really feel the same, just better."

Fans may remember that Kylie's road to Stormi was kept ultra private until a blockbuster video announcement late into her much speculated about pregnancy. In a move that's been replicated most recently by Shay Mitchell, Kylie wasn't ready to invite her followers into her life as a mom right away.

Now it seems that the world gets a weekly dose of Stormi via both her mother and father's social feeds. On the heels of Scott's first Father's Day, the young parents are celebrating their eldest daughter more than ever. And since her mom has declared Stormi her BFF, fans can expect even more adorable content in the future.