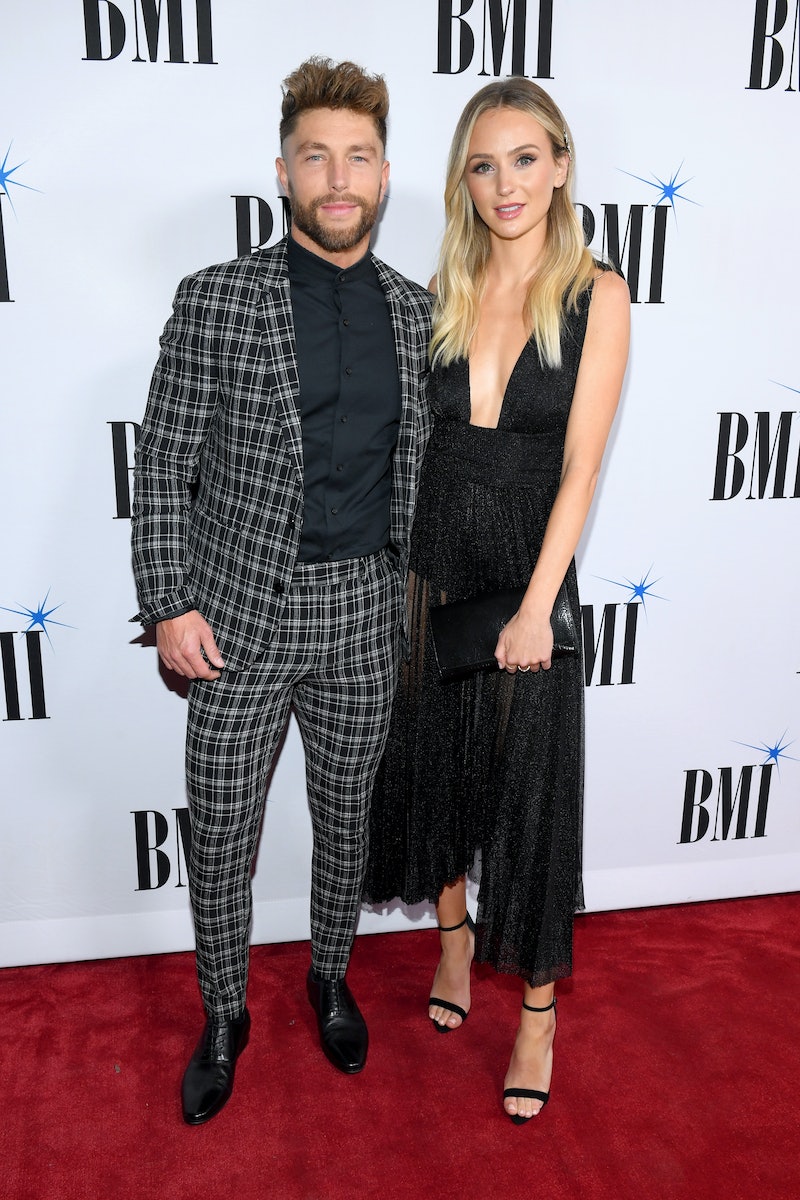 It's been a little more than four months since former Bachelor star Lauren Bushnell and country singer Chris Lane took their relationship public, but now, they're taking the next step as a couple — and it's a pretty serious one. It's official: Lauren and Lane have moved in together, which means she's left Los Angeles in favor of living in Nashville, where his home base is. And according to what Lane told People, it seems like the couple couldn't be happier to be sharing the same place.

While talking to the magazine, the "I Don't Know About You" singer said:

“Lauren moving to Nashville has been the best thing for our relationship. It’s been such an easy transition and she makes each day even better. There is nothing like waking up next to the person I love, going about my day — working out and working on music — and then coming back home to her! I’m a lucky guy.”

Considering the fact that Lauren and Lane have been seemed like they were attached at the hip from the start of their relationship, it's no surprise that they wanted to live together right away. And on top of that, long distance — especially between California and Tennessee — is no joke. It makes sense that they'd want to bridge the gap between them as soon as possible.

Earlier this month, while Lauren and Lane were still in the process of unpacking, Lauren shared a selfie of the two of them together at a hockey game at Nashville's Bridgestone Arena while they took a break from moving.

"Took a break from moving for some hockey (in my case chicken strips and a much needed glass of wine.) Also- my roommate is kinda cute?!" she wrote.

Earlier this year, Lane made fans think he and Lauren were engaged when he shared a photo with Lauren's dad on the golf course, which he captioned, "Great day on the course with my potential future father-n-law." Later, he clarified that the word "future" was very key here, but it did show that he's thinking long term when it comes to his relationship with Lauren... and that could be very telling. Maybe an actual engagement isn't so far off for this couple? You never know.

But being that they're not quite engaged yet, moving in together is obviously a good place to start — and it's a step that they both seem pretty pumped about. They've already shared so many adorable moments of their relationship on Instagram so far, so it's probably safe to assume that this adventure is one they'll share with fans, too... giving us all more cute photos to gush over.

After seeing Lauren's journey from her time on The Bachelor and everything that's happened since then, it's good to see her so happy, even years after the show stopped filming. Moving in with a significant other is always an adjustment, but these two seem ready for whatever challenges are thrown their way.