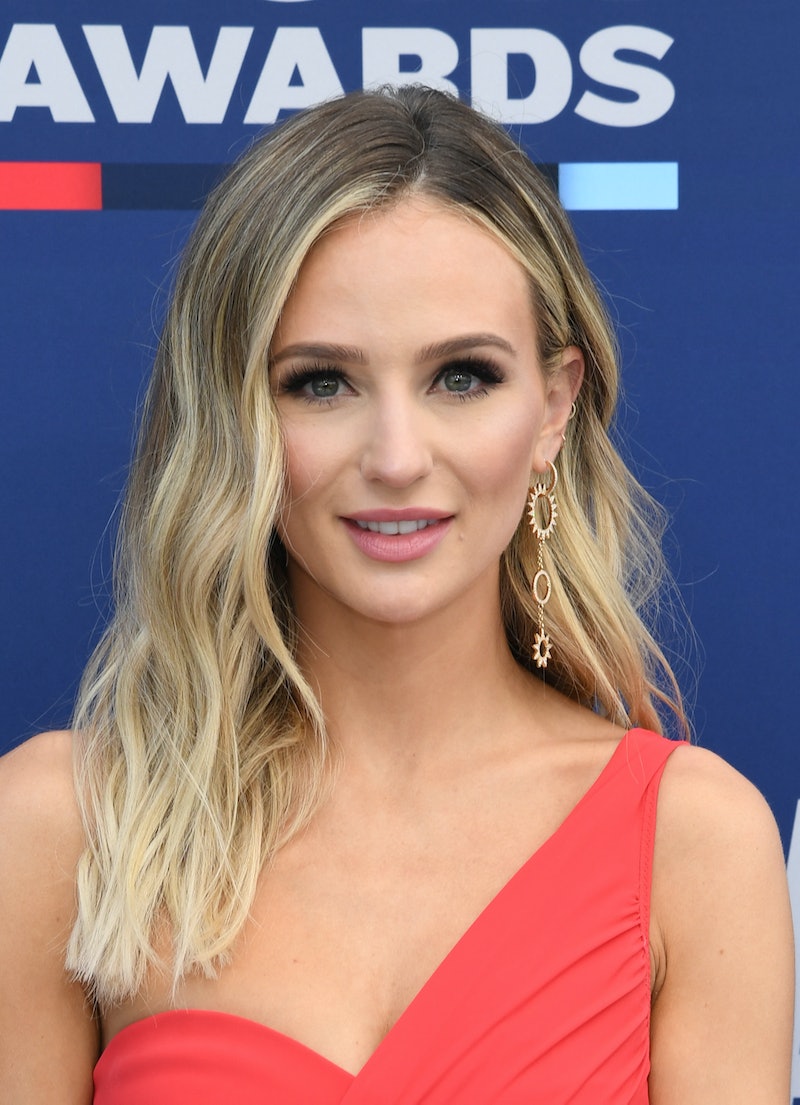 Pretty much everyone has an ex. Now imagine getting asked about your ex all the time. It happens to The Bachelor stars and probably always will, since the ABC show is all about dating. Recently, Lauren Bushnell discussed ex Ben Higgins' new relationship with Jessica Clarke in an interview with Us Weekly.

Interestingly enough, Bushnell moved in with her boyfriend Chris Lane in Nashville, which is where Clarke happens to live. Bushnell remarked, "Maybe we’ll bump into them!" Just imagine that double date. She also shared,

"[I’m] so happy for him. Like, honestly, I would never wish anything but happiness for him, so I hope he’s happy, I hope he’s doing well."

Even though she wants the best for her ex, the two of them aren't best friends. Bushnell said, "Obviously we don’t communicate all the time — I feel like that would be kind of weird — but I’m very happy him."

She even commented on Clarke specifically and said that she "seems like a great girl from what I’ve heard and seen." And maybe she will find that out in person, since they're both Nashville residents. Ultimately, Bushnell said that she's "definitely happy that he found a person that it seems like he is serious about."

And the happiness for each other goes both ways. Back in a November 2018 interview with Entertainment Tonight, Higgins discussed Bushnell's relationship with Lane and shared similar sentiments. He said, "When it comes to her and her future relationships, I hope they’re healthy and good and I hope they’re bringing her joy."

By that time, had some practice answering questions about his ex's new relationship since Bushnell dated Devin Antin before Lane. Higgins admitted, "I think the first time, when she was dating Devin, I remember that feeling — like the Band-Aid getting ripped off. This time, and I mean this, I really want Lauren to be fulfilled and happy, whether it’s with Chris or not."

He even confessed, "It’s a weird thing when you date somebody, you care about them and then you hear they’re dating somebody else. I just sit back and hope it’s good." And it sounds like the feeling is mutual. More specifically, Higgins shared, "I know they were friends when we were dating, and I know she always admired him and thought he was a good dude."

In that ET interview, Higgins discussed the possibility of running into his ex. He said, "I think it would be OK." He even remarked, "It’s bound to happen at some point," especially since he is in a relationship someone who lives in the same city as Bushnell and Lane. However, this interview was long before Higgins and Clarke went public with their relationship in March 2019.

It's not surprising Bushnell and Higgins publicly declared that they want the best for each other's relationships. They've both been, and always will be, class acts. However, it is super interesting that these two couples could potentially bump into each other in Nashville. It might not even be too weird. After all, she's used to being on dates with him and another girl. Bushnell did technically meet Higgins when he was dating someone else — well, the 20-something women on his Bachelor season. And it sounds like they've both definitely moved on from their split.