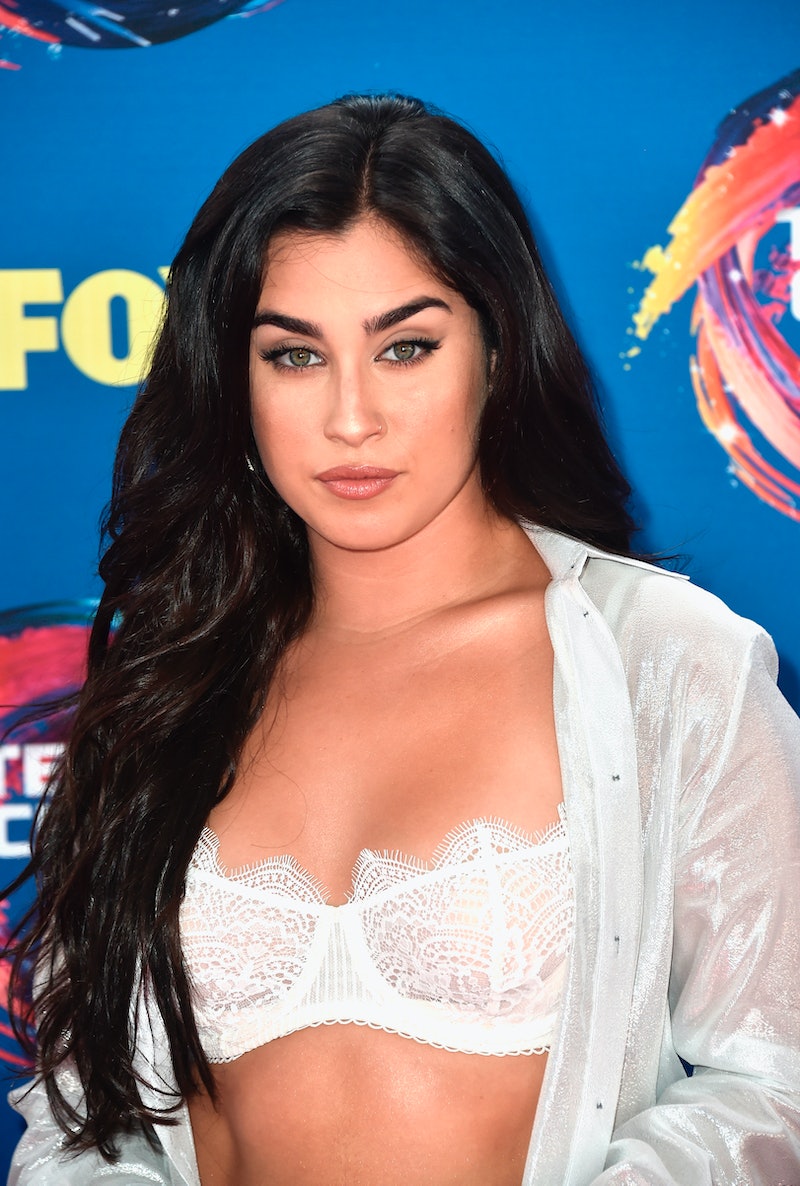 It might have seemed like a foregone conclusion once Fifth Harmony broke up, but Lauren Jauregui's solo album almost didn't happen. The fivesome-turned-foursome went their separate ways in March of 2018, announcing their intent to pursue independent careers, and most of the former members, including Jauregui, have announced that solo albums are already in the works.

But as the 22-year-old singer shared with Nylon for their September cover story, anxiety about being compared to her peers almost prevented Jauregui from releasing any new music at all. As she told the outlet:

“I had pent up so much self-consciousness around music. I had created this false sense in my mind that I couldn’t write and that I couldn’t do anything right and that there was no point in even trying because I was gonna fail, and obviously the whole world was gonna compare me to everyone.”

Comparisons are a hazard for anyone in the music industry, but in Jauregui's case, her girl group past seemed tailor-made to create competition. The singer doesn't reference any names specifically, but it isn't hard to draw conclusions. At the top of the list of other female artists to whom she could be compared are four names in particular — Jauregui's former Fifth Harmony bandmates Ally Brooke, Normani Kordei, Dinah Jane, and Camila Cabello.

All four are simultaneously embarking on their own solo careers, and Cabello in particular has already set the metaphorical bar impossibly high. Her debut album, Camila, broke records with its January release, spawning worldwide hits like "Havana" and "Never Be The Same." And for anyone who might be observing her success and feeling pressure match it with their own, the sensation could be paralyzing. Jauregui clearly felt some of that pressure, and she shared her fears with Nylon:

“People are gonna be like, ‘Oh, her music is better than hers.’ At the end of the day, they’re gonna say that type of sh*t. So, I was really in my head about that, and kinda like, ‘I don’t even want to f*ckin’ do it. Why am I even gonna try?’”

Anyone who's ever frozen in the face of a new challenge can identify with what the singer is saying. But luckily for fans, Jauregui pushed through her insecurities; after an epiphany during recording session with Khalid from Twice as Nice, she discovered a whole new way of looking at her work. She revealed:

“Every song I did after, I just went in with this mentality of like, 'You’re a writer. Like, shut up and just write. Stop questioning yourself. Stop thinking you’re gonna sound stupid. Stop thinking you’re gonna do something wrong.' I needed to see it’s not perfect all the time. This is for sure my calling. This is what I’m supposed to be doing. I belong here. I earned my place here."

It's a powerful realization to come to, and lucky for fans, it couldn't have come at a better time.

Not only is Jauregui writing all her own music for this album, but the music she's poised to release sounds deeply personal, delving into the singers sexuality — she came out as bisexual in November 2016 — and the fluidity of her attractions.

"I’ve learned so much, even about the gender binary since I came out as bisexual, and I’m sure that I could fall in love with anyone as long as their soul was genuine. That’s all that really matters to me. [...] At the end of the day, we’re all just humans and if we’re attracted to each other, we’re just attracted to each other. So, I just explore that fluidity all the time.”

It should be a simple concept, loving whoever it is you love, but the fact that Jauregui is bringing it into her music is a groundbreaking one, especially in pop music, which tends to favor love songs with specific pronouns or genders in their lyrics. Jauregui is aiming to leave those conventions behind. "Most of the songs actually don’t even allude to boy or girl," she told Nylon, adding, "they’re just you that I’m talking to." And as Jauregui emphasizes, that wasn't an accident. She continued, passionately: “Because it doesn’t matter. Especially when it comes to love, it really doesn’t f*cking matter.”

Even though it's true that it shouldn't matter who you love, bringing this perspective to music absolutely does. It's a perspective that millions of Jauregui's young fans could benefit from, and fans will undoubtedly be grateful that she pushed through her anxiety to write her own love songs, her way.