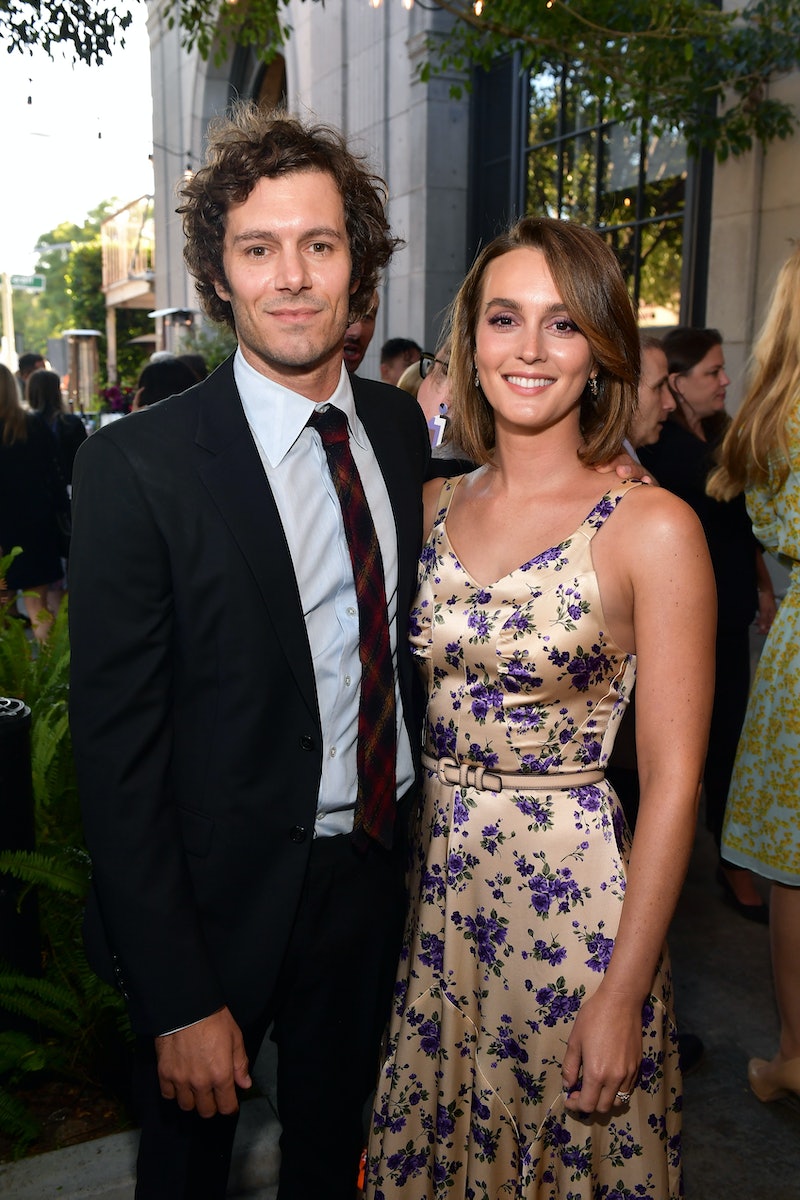 Good news, Upper East Siders: Leighton Meester is reportedly pregnant, expecting her second child with husband Adam Brody. As seen in photos published by the UK's Daily Mail on April 1, the Gossip Girl alum was spotted walking around Los Angeles on March 31. Several other outlets, including E! News, and Us Weekly, cited the images while reporting the baby news on April 1.

Brody joined the actor for some fresh air in L.A., pushing their 4-year-old daughter Arlo Day Brody in a stroller. The Single Parents costars wed in a secret oceanside ceremony in Northern California, according to E!, before welcoming their first child in late 2015. Last year, Meester opened up about motherhood in a September interview with Us Weekly.

"People started telling me before [I had] a kid, 'You're going to really love them," she told the magazine at the time. "Then you're like, 'Yeah, obviously, I'll love them.' And then you do [have them] and you're like, 'Oh. OK. I don't love anyone else. I just love them. And I don't even love myself as much as I love them! Not even close.'"

Bustle reached out to a rep for Meester, but did not receive an immediate response.

For his part, Brody discussed how becoming a father had changed his life in an Aug. 2019 interview with GQ. "It's the best in every way," the O.C. vet shared of being a father to Arlo. "I mean this cliché — pride and joy. It's very apt. She's the thing I'm most proud of and gives me the most joy. She's just so dang awesome. It just gives you a new perspective in the best way — something to focus on that’s greater and more important than yourself."

The couple first met while filming the 2011 movie The Oranges, but has largely kept their relationship private. Brody explained to GQ that they'd found a "great balance" between being public figures and flying under the radar romantically. The Ready or Not actor added that Meester is "more inherently private" than he is, noting, however, that they're both homebodies who tend to shy away from social media.

While that likely means fans shouldn't expect to see any sort of big Instagram baby reveal, it seems the pair couldn't be more proud to be parents anyway.

More like this
Hailey Bieber Just Responded To *That* Viral Met Gala Moment
By Radhika Menon and Sam Ramsden
Who Is Nick Cannon Dating & How Many Kids Does He Have?
By Jordyn Tilchen and Radhika Menon
Adam Devine Hilariously Let Everyone Know He’s *Not* Accused Cheater Adam Levine
By Brad Witter
Dixie D’Amelio & Noah Beck “Love Each Other” Despite Breakup Rumors
By Julia Emmanuele, Jordyn Tilchen and Grace Wehniainen
Get Even More From Bustle — Sign Up For The Newsletter