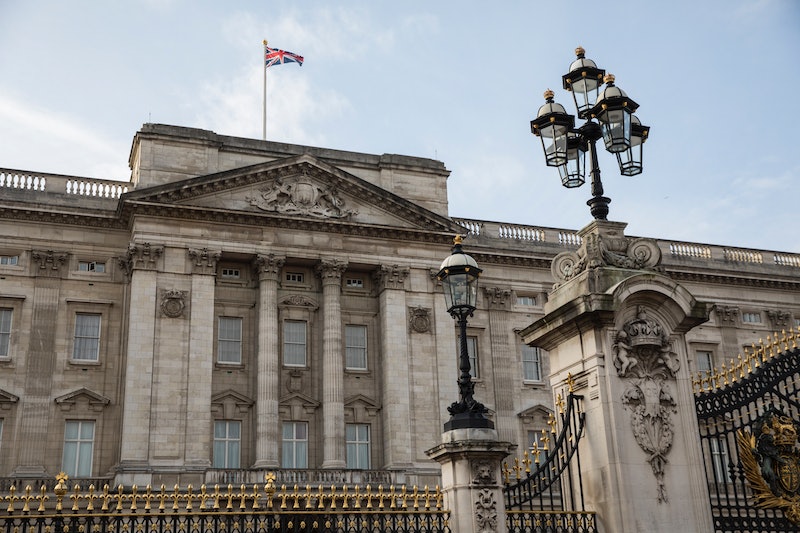 Escape rooms may be getting a little overplayed at this point, but I’ll be honest: I love them anyway. I adore them. And if I were in London right now, you’d better believe I’d be stopping by Escape Room: Leonardo Artmergency!, an escape room located inside Buckingham Palace all summer. You heard me: You can match wits with Leonardo da Vinci himself in an attempt to find out what exactly happened to a missing curator in the Queen’s Gallery at the palace. I mean, the story is fictional — there isn’t really a missing Queen’s Gallery curator, of course — but the willing suspension of disbelief is essential for any good escape room, and well… this one sounds spectacular. Sign me up!

First opened in 1962, the Queen’s Gallery isn’t actually the first building to stand in its current location on Buckingham Palace’s grounds. Originally, the space played host to a conservatory designed by John Nash — one of three, each of which was designed to look like an Ionic temple. The conservatory was built in 1831 and then later converted into a chapel for Queen Victoria in 1843; however, it was unfortunately struck by an air raid during the Second World War, which destroyed it. Two decades later, though, the ruined chapel was made into a display space for the Royal Collection — the massive art collection owned by the UK's sovereigns "in trust for [their] successors and the nation" — and opened to the public. It was then renovated again and expanded in 1999, reopening in 2002 in time for the Queen’s Golden Jubilee.

The Queen’s Gallery also puts on special exhibitions with some regularity — and from now until Oct. 13, 2019, one of those exhibitions is Leonardo da Vinci: A Life in Drawings. Mounted in honor of the 500th anniversary of da Vinci’s death, A Life in Drawings constitutes the largest exhibition of the artist and inventor’s work in more than 65 years. The drawings featured were acquired by the Royal Family during the reign of Charles II (the period usually referred to as the Restoration — following the Interregnum period, Charles held the throne from 1660 until his death in 1685) and, as the Royal Collection’s website describes them, “provide an unparalleled insight into the workings of Leonardo's mind and reflect the full range of his interests, including painting, sculpture, architecture, anatomy, engineering, cartography, geology and botany.”

But the drawings aren’t all that’s happening at the gallery this summer to celebrate da Vinci’s legacy; tons of other events will be going on throughout the season and well into the fall, as well — including the da Vinci-themed escape room. Mounted in conjunction with History Mystery — a company specializing in historically-themed escape rooms — Escape Room: Leonardo Artmergency! puts you on the case of a missing curator, asking you to put your brain to work solving puzzles and riddles scattered throughout four different rooms as you attempt to find out what exactly happened. The keys, of course, are hidden within da Vinci’s drawings.

(Also, the name of the escape room is super goofy and I love it. "Artmergency!" With an exclamation point! Heck yes!)

Unlike many escape rooms, you can’t buy single tickets for this one, and you won’t be playing with strangers if you come alone. Tickets are only available for teams of four to eight participants, with the cost coming out to £150 (about $190 USD) per team. Depending on how many people you bring with you, that means that the pricing could be anywhere between £18.75 to £37.50 (roughly $23 to $47 USD) a head — which, uh, isn’t cheap. Then again, if you’ve got the right number of people and the money to burn, maybe solving an escape room that’s legit in Buckingham Palace — or at least on the grounds — is worth it. (I’d certainly jump at the chance to participate!) You also have to be at least 14 years old to play, and if your team has any members under the age of 16, an adult will need to be present as well.

The bad news, though, is that as of this morning, the escape room looks like it’s sold out for its run (yes, all the way through October). But! Bear in mind that cancellations and no-shows happen, so you can always call the gallery to find out if any dates have opened up.

And hey, if you’re able to get to Norwich, that’s where History Mystery’s four main escape rooms are located. Find out more about those options at History Mystery’s website, and see what else is on at the Queen’s Gallery — both for its da Vinci celebration and for other events — here. Time to put those detective hats on!