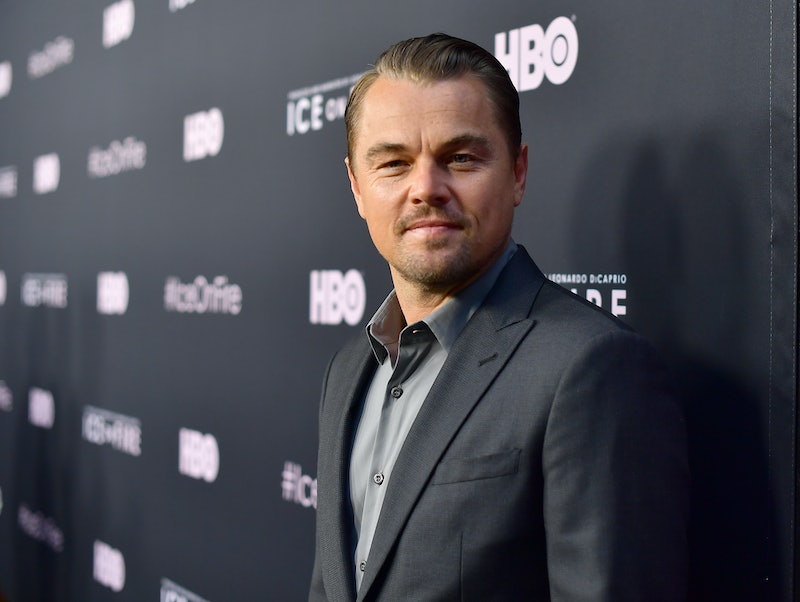 While Leonardo DiCaprio is known as one of Hollywood's most eligible bachelors, it looks like the Oscar-winning actor could have finally found his real-life leading lady. For a little over a year, Leonardo DiCaprio and his girlfriend Camila Morrone have been in a steady relationship. And according to a new report from People, the pair are "pretty serious" about one another.

On July 24, People reported that DiCaprio and his girlfriend's relationship is more than just a "casual" fling. “They seem pretty serious,” a source told the publication, “It’s definitely not a casual relationship. Camila spends a lot of time at his house.” Apparently, as the source continued to share, the Once Upon a Time in Hollywood actor and the model have reached a pretty big milestone in their relationship, as Morrone has met DiCaprio's family. “Camila is long known as Leo’s girlfriend. And Leo introduced her to both of his parents long ago,” they said.

DiCaprio and Morrone have reportedly been an item since January 2018, per People, and based on the publication's recent report, it sounds like the couple has been going strong ever since. So, could these two be in it for the long haul? It sounds like that could potentially be the case.

Back in November 2018, an Us Weekly report also detailed that DiCaprio's relationship with Morrone was "very serious." Apparently, the two are so serious about each other that a source told the publication, "Everyone is saying that marriage could be soon for them.” Additionally, Us Weekly previously reported in August 2018 that the two were even talking about their future together, with an insider claiming, "They’ve talked about getting engaged.” The source also noted that they've also broached the topic of having children together, which shows that they really might be in a serious stage in their relationship.

While DiCaprio hasn't opened up about his relationship with Morrone publicly, he has opened up about his love life in the past. More specifically, he's discussed his stance on marriage. During an interview with Parade in January 2016, the Titanic actor said that he's not opposed to getting married, he's simply waiting for the right time (and the right girl). He told the publication, "That time will come when that time comes. The truth is, you can’t predict marriage. You can’t plan it. It’s just going to happen when it happens."

DiCaprio had something similar to say in February 2014 during an interview with CBS News' Gayle King. When asked if he ever plans on getting married, he told the reporter, "I mean, the truth is, it's gonna happen when it's gonna happen. And -- and I -- I -- you know, I'm just gonna let it happen naturally." Interestingly enough, he also opened up about what he looks for in his ideal "valentine," saying, "I think -- humility, a good sense of humor and -- not a lot of drama."

So, could one of Hollywood's most famous bachelors be ready to settle down with his girlfriend? While it sounds like that could be the case, based on recent reports about their relationship, only time will truly tell where DiCaprio and Morrone stand.