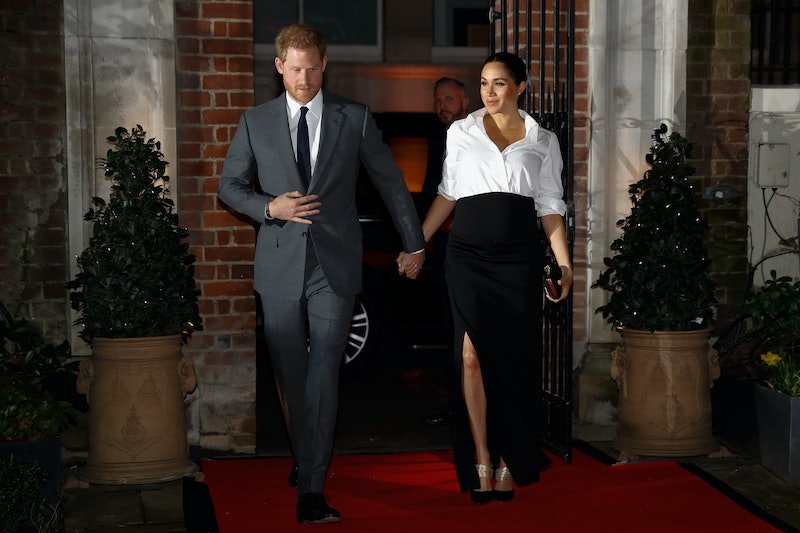 Over the last year, fans of the newest royal couple have been fortunately gifted with plenty of TV content — reality and otherwise — to indulge their insatiable fandom. There was, of course, the royal wedding itself, for which people across all time zones tuned in to watch its livestream, and then, there was the quickly beloved Lifetime film, Harry and Meghan: A Royal Romance, that blew fans away with its retelling of their love story. In fact, the film was so successful that Lifetime just announced the production of a Harry and Meghan sequel with the working title Harry and Meghan: Becoming Royal.

The first film explored how the couple met and fell in love. It reenacted their first blind date and its awkward pauses peppered with endearing remarks. According to Lifetime, the new film will dive into what their first year of marriage has been like.

"Debuting later this year, the film continues the love story of newlyweds Duchess of Sussex, Meghan Markle and Prince Harry," the network stated in a press release. "Pulling back the curtain to reveal the untold joys and challenges of life inside the royal family during their pivotal first year of marriage."

According to the press release, "production begins later this month in Vancouver and will debut this spring on Lifetime." There's not an official premiere date yet, but the couple's first wedding anniversary is May 19, so the network could potentially make it a movie event.

Regardless, spring isn't that far away, which means fans don't have long to wait before another royal couple fix is available. Unfortunately though, according to The Wrap, the same effortless pair of actors who played Harry and Meghan in the first film are unavailable to make the second, so they're being recast. Meghan Markle and Prince Harry look-a-likes, prepare your headshots. Official replacements have not yet been announced.

"Now recently we heard a rumor that our favorite overseas royal couple, Harry and Meghan, are going to have a baby and so what better way to celebrate than with a sequel to our hit film that will air this spring," A+E president of programming Rob Sharenow told reporters during the Television Critics Association press tour Sunday, per The Wrap. "So I'm pleased to announce that we've officially greenlit a new film with the entire production team. Unfortunately our original royal couple, Murray [Fraser] and Parisa [Fitz-Henley] are not available. So more news to come on who will take their crowns."

That bit of news will be disappointing for some fans, especially because the actors, Fraser and Fitz-Henley, were perfect contenders for the roles — from their strikingly similar looks to their mannerisms and more. Not to mention, they had amazing chemistry from the start. Casting for the last film made it clear that finding such perfect fits, especially Fraser for Harry, was not easy. So discovering another pair could be near impossible.

The first movie melted viewers with its abundance of swoon-worthy moments — cuddles in bed, first kisses, and deep conversation shed a light on how beautiful the couple's romance truly is. Now that they're official royalty and have a baby on the way, their lives have changed significantly. So it will be interesting to see how that shift is portrayed on screen. Although it may capture a whole new perspective, which is exciting, it will be hard to outshine the delightful Harry-Meghan magic that was the first film.