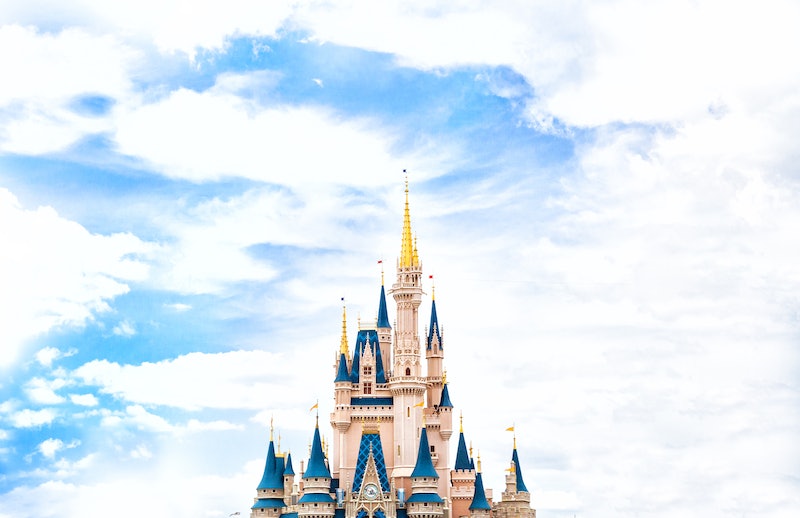 The past few years have raised an important question: if you didn’t Instagram your food, did you even really eat it?

Companies have been racing to put out increasingly whimsical, colorful, sparkly ‘gram-bait for their customers to post pictures of on social media. There’s Starbucks’ Unicorn Frappuccino, The Bagel Store’s rainbow bagel, and goth ice cream. Now, Disney has thrown its hat in the colorful food ring, by offering light-up cotton candy at multiple Disney Parks.

According to the Disney Food Blog, the dazzling sugar clouds consist of white cotton candy with red, blue, or purple swirls, on an illuminated wand that lights up your treat, and your soul, from the inside. Plus, when you’re done with your fantastical treat — riding a mean sugar high, your face and fingers sticky with candy and delight — you have a light up wand to play with and/or point threateningly at people trying to jump in line for Space Mountain. The shimmering sugar rush is available at Disneyland’s World of Color Show, as well as parks in California, Florida, and abroad.

While munching on colorful, light-up candy floss may be a new experience in the Magic Kingdom, outside its hallowed walls, the idea has been around for a while. A company called Glo Cone holds a patent on the glow stick cotton candy cone, and has been around since 2009. They may be the ones sourcing Disney’s new luminous treats, or the candy is being lit up by all of the hopes and dreams of the visitors wandering around the Happiest Place on Earth. Personally, I choose to believe the latter.

This is not Disney’s first foray into colorful foodstuffs. Most recently, during its Avatar-themed night at Disney World’s Animal Kingdom, Disney introduced the Night Blossom, a frosty mixture of limeade, apple, and desert pea flavors, topped with passion fruit boba balls. The event even featured a boozy version of the drink — the Mo’ara Margarita—- for the 21+ crowd.

If cotton candy isn’t really your thing, the World of Color Show also offers multi-colored popcorn, fruity beverages in light-up specialty glasses, and a Tropical Mist cocktail with a light-up swizzle stick, so you still get to leave the park with some sort of lit prop.

Plus, what better way to spend your time waiting in seemingly interminable lines than Instagramming your treats, and making your friends at home jealous that you get to traipse around the Happiest Place on Earth.