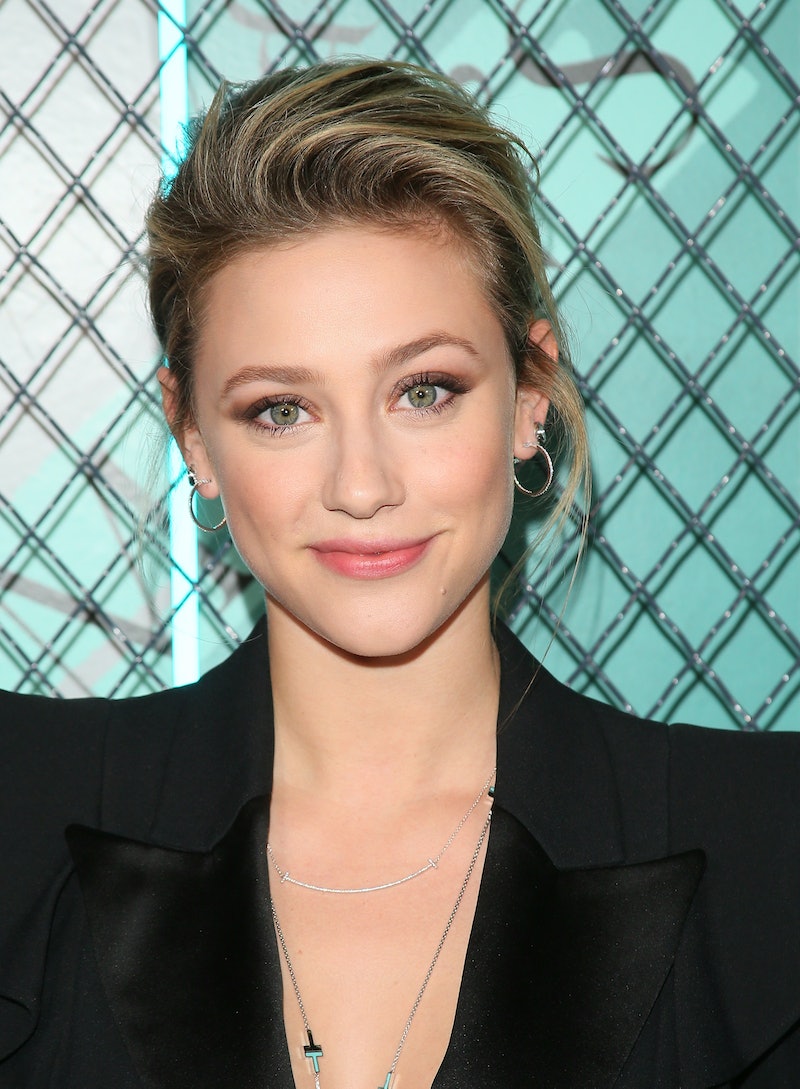 No stranger to having her personal life scrutinized by the public herself, Riverdale star Lili Reinhart defended Meghan, Duchess of Sussex, and criticized press treatment of women as a whole. In a widely-circulated clip from an upcoming ITV documentary Harry & Meghan: An African Journey, Meghan opened up about the toll of negative press on her mental health amid her pregnancy with son Archie, whom she welcomed with Prince Harry, Duke of Sussex in May.

“This breaks my heart,” Reinhart tweeted alongside the clip on Friday. “We live in such an entitled world these days. Everyone feels they have the right to scrutinize and judge. It’s disgusting. And if you’re one of those people who goes online to talk about women, whom you know nothing about, you need to check yourself.”

Harry & Meghan: An African Journey chronicles Meghan and Harry’s 10-day royal tour in South Africa, which kicked off on Sept. 23 and concluded on Oct. 2. “Any woman, especially when they’re pregnant, you’re really vulnerable, and so that was made really challenging,” Meghan said when asked about the public scrutiny she's faced. “Also, thank you for asking because not many people have asked if I’m OK, but it’s a very real thing to be going through behind the scenes.”

When British journalist Tom Bradby asked whether it would be fair to suggest that the duchess has not really been OK — and that it has “really been a struggle” — Meghan simply replied, “Yes.” The clip garnered widespread support online, resulting in the hashtag #WeLoveYouMeghan trending on Twitter.

Along with Reinhart, several other public figures have rallied behind the royal. “Sudden prominence is a very dehumanizing experience,” Rep. Alexandria Ocasio-Cortez tweeted on Friday. “There’s a part of your life that you lose, & it later dawns on you that you’ll never get it back.” AOC’s tweet garnered support from others, such as Monica Lewinsky, who replied that she was "1000% right."

Journalist Katie Couric also weighed in with her support. “I so admire #MeghanMarkle for being honest, open and vulnerable about the struggles she’s faced as a new mother and very public figure,” she tweeted, along with #WeLoveYouMeghan.

Earlier this month, Harry and Meghan announced they would be suing the British tabloid The Mail on Sunday and its parent company, Associated Newspapers. In a statement published on their official website, Harry cited alleged “relentless propaganda” and “false and malicious” media harassment against Meghan, which stems back to when the couple first started dating in 2016. (The Mail on Sunday's spokesperson denied the claim, telling Bustle, "The Mail on Sunday stands by the story it published and will be defending this case vigorously.")

In the lawsuit, Harry even invoked the death of his mother Princess Diana, who died in a car crash in 1997 while pursued by paparazzi. “I’ve seen what happens when someone I love is commoditised to the point that they are no longer treated or seen as a real person,” Harry’s statement read. “I lost my mother and now I watch my wife falling victim to the same powerful forces.”

For more behind-the-scenes insights of Meghan and Harry's South Africa tour, tune into Harry & Meghan: An African Journey, airing on Sunday in the U.K. on ITV, and next Wednesday in the U.S. on ABC.

More like this
Prince Harry Incorrectly Recites Christina Aguilera’s “Genie In A Bottle” Lyrics
By Jake Viswanath
Jay-Z Is Performing At The Grammys, Meaning Beyoncé Might Actually Show Up
By Jake Viswanath
The 12 Most Controversial & Unexpected Grammy Moments Ever
By Jake Viswanath
18 Photos Of Jennifer Lopez’s Mansion You Can Now Buy For $42.5 Million
By Alyssa Lapid
Get Even More From Bustle — Sign Up For The Newsletter
From hair trends to relationship advice, our daily newsletter has everything you need to sound like a person who’s on TikTok, even if you aren’t.