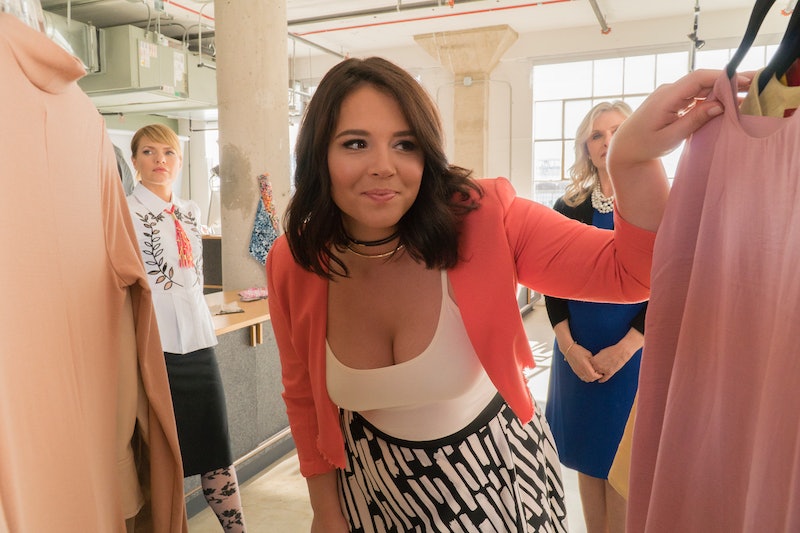 I know Jimmy and Gretchen are supposed to be the stars of You’re The Worst, but Lindsay (Kether Donohue) is far and away the best character. She’s brash, she’s loud, she’s sexual, and she’s definitely not worried about what anyone thinks of her. That’s why the effect Lindsay’s new job in You're The Worst Season 4 is so great — Lindsay is who she is, and the show has let her grow in a way that’s true to her character.

Lindsay ended Season 3 poor and single — and that’s just the way she likes it. She was finally able to free herself from Paul’s too-loving clutches simply by being honest about what she wanted. She didn’t want a baby. She didn’t want a husband. And she didn’t want to be tied down to a man that likes to birdwatch like Paul does. Paul finally found his own power and gave Lindsay next to nothing in terms of alimony, but she has Dorothy’s old apartment and a job as a stylist assistant in Season 4. She’s nearly a real human being, which is good, because Gretchen has gone off the deep end following Jimmy leaving her at a faux murder site after proposing in the Season 3 finale.

But even though Lindsay is climbing the hill into adulthood with her job (which she loves and is actually good at!), bills, and apartment, she’s still Lindsay. Montages in the Season 4 premiere show Lindsay shoveling someone else’s food from the office fridge into her mouth and smoking crack with Gretchen. She’s just a more responsible Lindsay, to the point where she has to tell Gretchen to get out of the apartment because she has work to do and kick Gretchen out of her styling office before Gretchen gets her fired (which is a thing Gretchen would do at this point).

Lindsay said in Season 3 that Paul knew she was a snake when he picked her up. Lindsay has always been unapologetically who she is, but the fact that the show has allowed her to be herself and still evolve is important. Women don’t get that many well-rounded roles in Hollywood. Lindsay is one of the few characters that is allowed to be as immature as a man in a Judd Apatow movie and still have some depth to her.

Her foundations are real and immovable, but You’re The Worst is letting Lindsay explore her life on her own terms, and it’s really fun to watch.