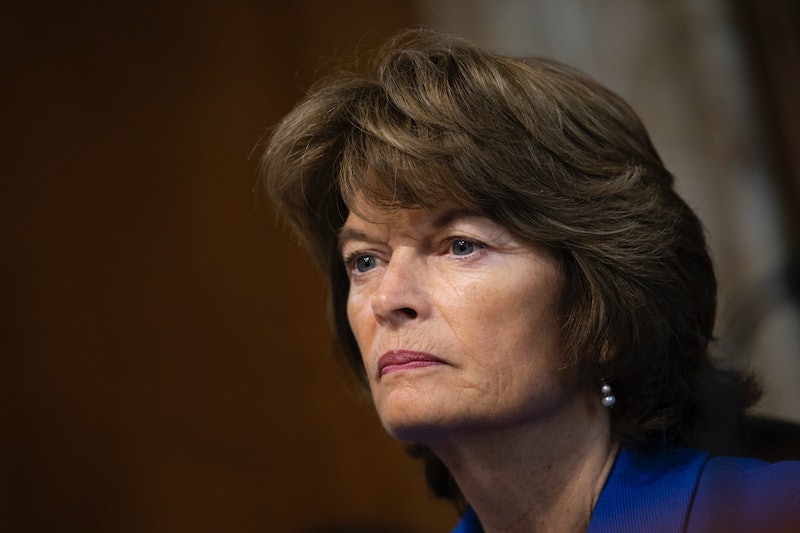 At the Friday morning cloture vote, Alaska Sen. Lisa Murkowski voted "no" on cloture over Brett Kavanaugh, indicating that she is against closing debate on his nomination.

This is a procedural vote — not Murkowski's final vote on Kavanaugh. That vote could potentially happen on Saturday, according to The Guardian.

Murkowski told reporters after she left the Senate floor that this was "the most difficult evaluation" she's made.

"I have been wrestling to really try to know what is fair and what is right and the trust is that none of this has been fair. This hasn't been fair to the judge, but I also recognize that we need to have institutions that are viewed as fair and if people who are victims, people who feel that there is no fairness in our system of government, particularly within our courts, we've gone down a path that is not good and right for this country," Murkowski told reporters.

Murkowski said she believes Kavanaugh to be a good man, but questioned if this was the right time for his nomination to the nation's highest court.

"And so I have been wrestling with whether or not this was about qualifications of a good man or is this bigger than the nominee? And I believe we are dealing with issues right now that are bigger than a nominee and how we can ensure that our institutions, not only the legislative branch but our judicial branch, continue to be respected," she told reporters. "This is what I've been wrestling with. And so I took the very, very difficult vote that I did."

Murkowski told reporters that her floor statement will be "more fullsome" to explain her reasoning. "I value and respect where my colleagues have come down from in their support for the judge. I also think that we're at a place where we need to be thinking again about the credibility and integrity of our institutions," she told reporters.

Murkowski was the only Republican senator to vote "no" on cloture. West Virginia Sen. Joe Manchin voted "yes" along with Republican colleagues, according to CNN.

As Washington Post White House reporter Seung Min Kim explained, Murkowski's vote likely signals a "no" vote on the final Kavanaugh nomination vote as well. "I would say a 'no' on cloture is a 'no,' period — but could be odd exceptions," she tweeted Friday morning before the cloture vote.

In that same vein, a "yes" on cloture is not necessarily a "yes" on a final vote. For Murkowski specifically, she voted "yes" on the motion to invoke cloture for Betsy DeVos' nomination for Education Secretary back in February 2017. Then, Murkowski and Maine Sen. Susan Collins voted against confirming DeVos days later.

After casting her vote, CNN reported that Murkowski spoke with members of the GOP leadership, including Senate Majority Leader Mitch McConnell for more than 20 minutes before leaving the Senate floor.

Murkowski and McConnell spoke for two minutes, according to CNN. Reporters said she patted McConnell's shoulder before they went their separate ways.