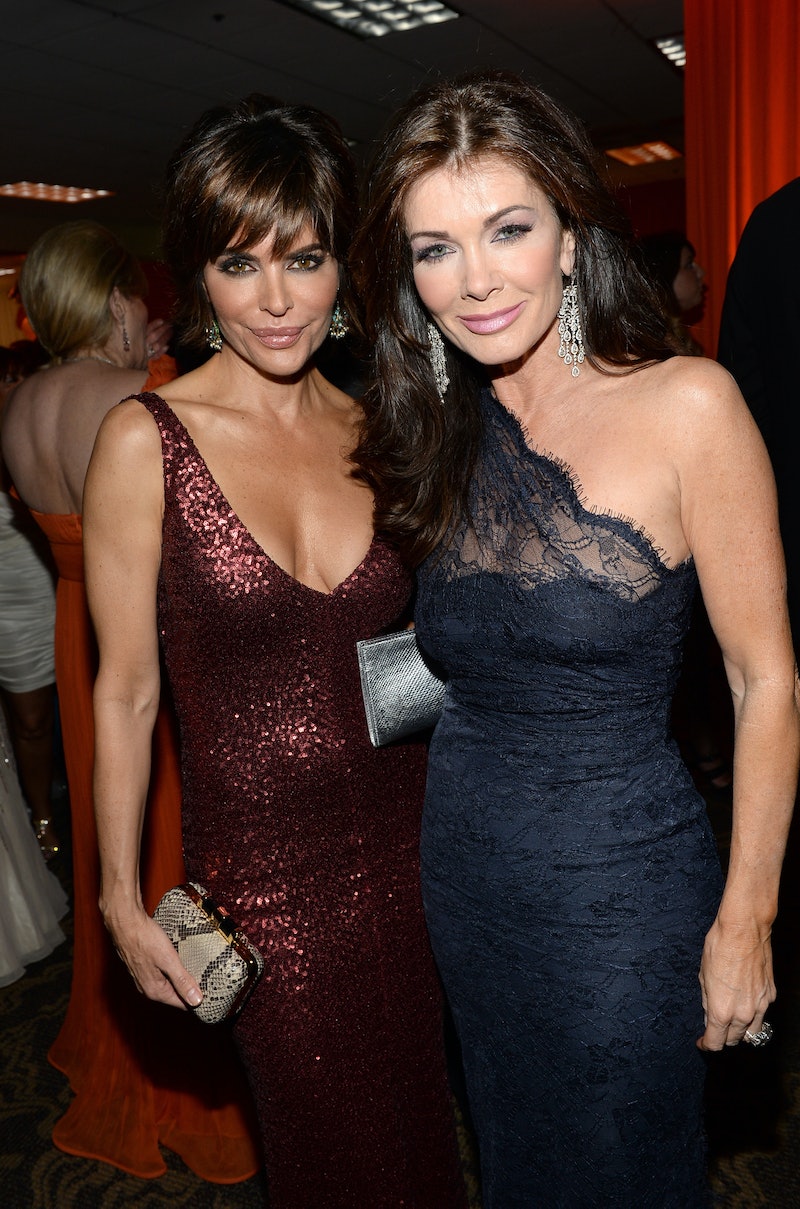 There has always been playful banter between the Lisas on Real Housewives of Beverly Hills. And, believe it or not, they haven't even had any arguments this season. So far. They came close though when Lisa Rinna's tweet in honor of Lisa Vanderpump's birthday was brought up during filming this season though. It was something that longtime Real Housewives of Beverly Hills viewers would understand, but out of context, it could very easily be misinterpreted.

Rinna ended up deleting the controversial tweet, but she didn't do it fast enough since the editors managed to work a screenshot into the episode.

As she showed on the April 9 episode, Rinna posted a photo of cupcakes with pink icing (which happens to be Vanderpump's favorite color) decorated with different color pills. Along with the photo, Rinna wrote, "Oh, Happy Belated Birthday @LisaVanderpump I made you some special cupcakes for your special day." She even included a pink heart emoji.

Most RHOBH fans know exactly what Rinna was referencing. Two seasons ago, then "Friend of the Housewives" Eden Sassoon and Dorit Kemsley made fun of Rinna for a plastic bag of vitamins that she had with her at all times. They constantly referred to it as her "bag of pills" and laughed about it many times in more than one season of the show.

During the Season 8 cast trip to Berlin, Rinna gave Dorit an anti-nausea pill when she wasn't feeling well. In a flashback shown during the April 9 episode, LVP had laughed and said Rinna was "like a traveling pharmacist." This was an inside joke that the ladies (including LVP) mentioned for multiple seasons at Rinna's expense, although Rinna is always a good sport has been willing to laugh along with them, as evidenced in her now-deleted tweet.

Unfortunately for her, some people do not know their RHOBH history. In her on-camera interview, Rinna said, "People started to say that this was in poor taste due to Lisa's brother." (Vanderpump's brother Mark died by suicide in August 2018.)

During a conversation with Teddi Mellencamp Arroyave, Rinna recalled, "I got a sense that maybe it would be taken another way, so I sent her a text. I was very clear that it was for fun and we joke. And I just got a text back from her saying that she was very glad that it was not intended another way because of her brother."

Rinna insisted, "I didn't know that her brother died the way he did. I had no idea." Not only that, but she reminded the viewers, "My sister died of a drug overdose. I would never make a joke out of that." This was also something that she tweeted about months later.

Before the last RHOBH episode even aired, a fan asked Rinna about the tweet during a February episode of Watch What Happens Live With Andy Cohen. Rinna said, "Let’s be really clear about this. Lisa Vanderpump and I have a pill joke. She was a part of the whole pill bag situation." Then, Rinna described their dynamic: "We jab each other and give each other sh*t," something that most viewers are well-aware of.

The QVC queen added, "Here’s the thing. I did not know that her brother committed suicide. I had no idea. So, the fact that a day after her birthday, no one had wished her a happy birthday on Twitter, I actually felt bad."

Rinna tried to come through with some comic relief, but her joke didn't quite land. Thankfully, the Lisas came to an understanding in their text conversation. Hopefully, everyone on the show can come together eventually, too.