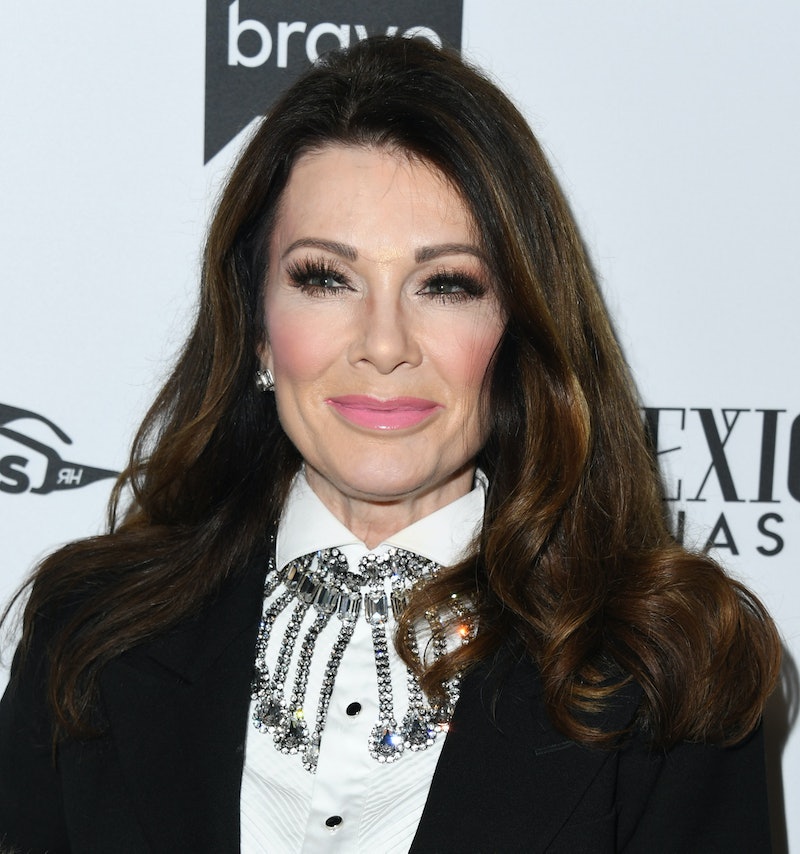 Even celebrities fan out over the Real Housewives franchise and have some strong opinions. In a recent interview with Vanity Fair, Sarah Paulson said Lisa Vanderpump "wasn't that nice" to her. The Real Housewives of Beverly Hills alum heard about this Lisa Vanderpump responded to Sarah Paulson's claim via a tweet, but at least she apologized. Sort of.

In response to fans who posted about the interview on Twitter, Lisa wrote, "I am sorry, not sure I know her and I don’t believe or remember meeting her...I try to be nice to everybody lol." One Twitter user wrote, "Sorry, but who is she?" LVP replied, "Not sure lol."

During the interview with Vanity Fair, the American Horror Story alum was hooked up to a lie detector test when the conversation turned to reality TV television. When Pauslon was shown a photo of the Vanderpump Rules namesake, she sharted laughing and said, "Um, you know, I don’t want her coming after me on Twitter, but I won’t miss her." The actor then told Vanity Fair, "I miss the dynamic she brings to the group, which is, you know, the fear of God she instills in everyone." She also claimed, "I met [Lisa] once at a party. She wasn’t that nice to me. Am I going to get in trouble for that? She wasn’t that nice!"

When the Golden Globe winner said "I won't miss her" she was referring to Lisa's exit from Real Housewives of Beverly Hills. She stopped filming in the middle of Season 9, following the 2018 death of her brother Mark Vanderpump and in the midst of a feud with most of the other cast members dealing with a dog named Lucy Lucy Apple Juice that was adopted from Vanderpump dogs. Fans saw the much of the drama play out on-screen during the previous RHOBH season. Vanderpump announced that she would not film the Season 9 reunion and that she was done with the show in a June 2019 interview with Daily Mail.

Pauslon did not get into any actual "trouble," but the former Real Housewife does have a very avid fanbase and some of those people reacted to the interview on Twitter.

Nevertheless, the Emmy Award-winning actor has a loyal following of her own. They had no problem defending Paulson's recent remarks on social media.

Although Paulson will not "miss" LVP on Real Housewives of Beverly Hills when the show returns without her for Season 10, there will be two new Housewives in the mix. Bravo's The Daily Dish confirmed that Lisa Rinna's friend Sutton Stracke and actor Garcelle Beauvais signed on as new Housewives. Other than that, all of the full-time cast members from Season 9 are still on the show, minus LVP, of course. However, she's not done with reality TV all together. She is still very much a part of Vanderpump Rules, which just wrapped up filming Season 8. No word if Paulson also watches that or if she keeps her Bravo-viewing to the Real Housewives shows.