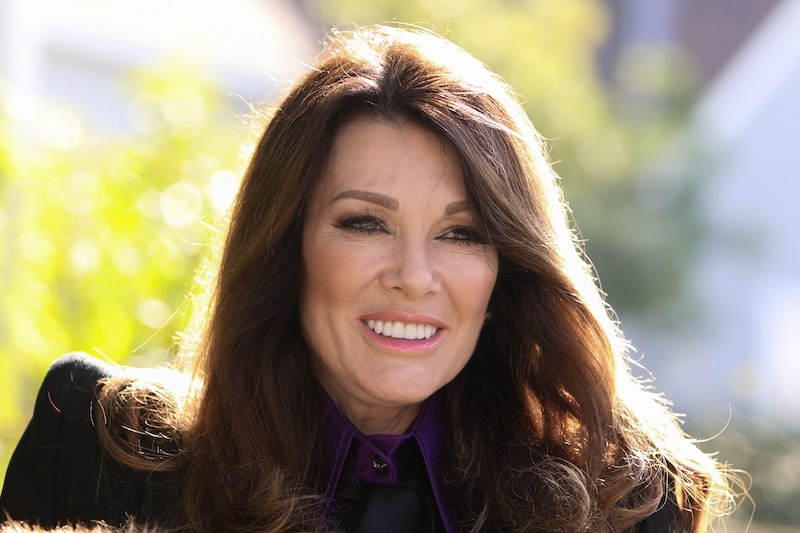 Following Vanderpump Rules’ firing of Stassi Schroeder and Kristen Doute, Lisa Vanderpump issued a statement on Instagram that condemned all forms of bigotry and racism. Bravo confirmed on June 9 that Stassi and Kristen would not return for future seasons of the reality TV series following revelations that the two once called the cops on their former co-star Faith Stowers, a Black woman, in an attempt to have her arrested for a crime she didn’t commit. Amid the nationwide Black Lives Matter protests and renewed discourse surrounding police brutality, Bravo officially cut ties with the two women.

Now, the show’s titular star is weighing in. In an Instagram post on June 10, Lisa said she was “saddened” by the “lack of judgement” exhibited by her co-stars. “Over the past two weeks, many things have been brought to my attention, of which I and many others were previously unaware,” she wrote. “It was necessary for me to be quiet until now, until decisions had been made. Now I can freely speak from the heart.” Citing the show’s diverse group of employees not always seen on screen, she continued, “We will continue to embrace diversity as one of our greatest strengths, and I’m excited to give you a deeper look into the multi-faceted fabric of our company in the future.”

“The world needs to move forward with a kinder generation,” her statement concluded. “Everybody deserves to feel safe, heard and appreciated in their communities… We all have work to do to create a society we can be proud of and I hope as we venture forward, we strive to live in a world where kindness and compassion are our highest values.”

Stassi and Kristen aren’t the only Vanderpump stars Bravo cut ties with. The network also confirmed that new cast members Max Boyens and Brett Caprioni wouldn't be returning after a series of racist tweets resurfaced this year; however, Bravo did not confirm if the tweets were the reason behind their firings. While Stassi and Kristen have since apologized and acknowledged their “privilege,” the revelations sparked outrage due to the current racial climate. As for Faith, she told Page Six that she felt “vindicated” after the firings. “I feel so vindicated studios and production are able to see blatant racism and make these positive changes and help move the race forward — help with the fight forward,” she said.

Lisa’s statement comes after Andy Cohen, host of the series’ reunions and former executive producer, weighed in on the firings himself. “I absolutely support Bravo's decision," he said during an episode of his SiriusXM radio show Radio Andy on June 10. "I think it was the right decision." He also reiterated that he has no say in who gets fired or hired since he’s no longer a producer on the show. Given that Lisa no doubt holds more leeway as star of the show, here’s to hoping that she and the company truly commit to a more inclusive workplace.