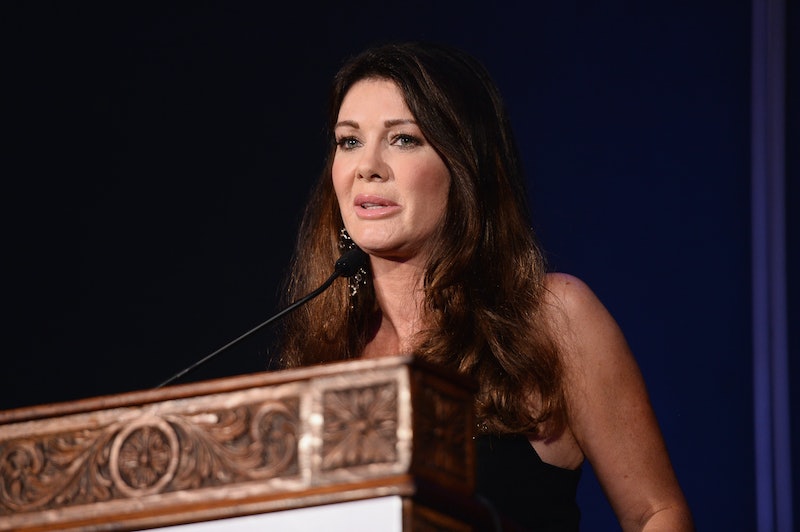 The last year or so has not been kind to the restauranteur and philanthropist behind Vanderpump Rules, but she has not given up on seeking out the positive. On Tuesday, June 25, Lisa Vanderpump addressed her mother's death with a heartfelt tweet, thanking those who have offered condolences and letting negativity know it is not welcome here. The Bravolebrity wrote,

“As you go to RIP with Mark, mummy. A tragic year for sure. I thank all of you for your beautiful messages and words of kindness. Life is so fragile and I have no time for negativity.”

She also shared a family photo and a snapshot of all of the floral arrangements that have been sent to Villa Rosa. “Wonderful acts of kindness as I now live in a flower shop," she wrote.

Last week, the Daily Mail reported that Lisa’s mother, Jean Vanderpump, died on Monday, June 17 in England. She was 84. After the news broke, Lisa’s rep told the Daily Mail that she is too upset to comment and “asked for her privacy at this time.” A rep for LVP informed Bustle that she “is expected to fly to London in the coming week to arrange her mother’s funeral.” According to the Daily Mail, she has reportedly stepped away from Vanderpump Rules Season 8 filming for the time being. (Bustle reached out to LVP's reps for comment on her filming status at the time, but has not received a response.)

The last 14 months of LVP’s life have been rife with personal tragedy. Last April, her brother, Mark Vanderpump, died unexpectedly at the age of 59. LVP said in a statement provided to the Daily Mail,

"This has come as a shock to us all. My brother and I had connected the day before this tragedy and I was completely unprepared for this. He was my only sibling and I am shocked and saddened by his passing. I am trying to be supportive to his two young sons that he has left behind, and help them get through this tragedy. We appreciate your consideration in this private and extremely difficult family time."

The ninth season of The Real Housewives of Beverly Hills started filming right after his passing, and LVP was still very much in the throes of her grief. As she said in a recent interview with the Daily Express,

“I was emotionally depleted. I started filming two days after my brother's funeral, which was challenging at best. I wanted to take the year off, and didn't want to be in the emotionally combative situation that Housewives often entails. But I owed them my loyalty, and commitment."

She tried to power through the season, but the drama of Season 9 got to be too much. So, LVP exited the show. It was not the note she wanted to end on, but she felt it was her time to say goodbye to the series. As she told Hollywood Life earlier this month,

“I think 9 seasons — I’ve done 300 episodes of reality television, that’s a lot. I think 9 seasons it was good, it’s just a shame it ended like that. The negativity and the nastiness is something I’ve never thought anybody should have to endure.”

Like she said in the tweet that went up on Tuesday, she has "no time for negativity."

All the best to Lisa and her family during this time.