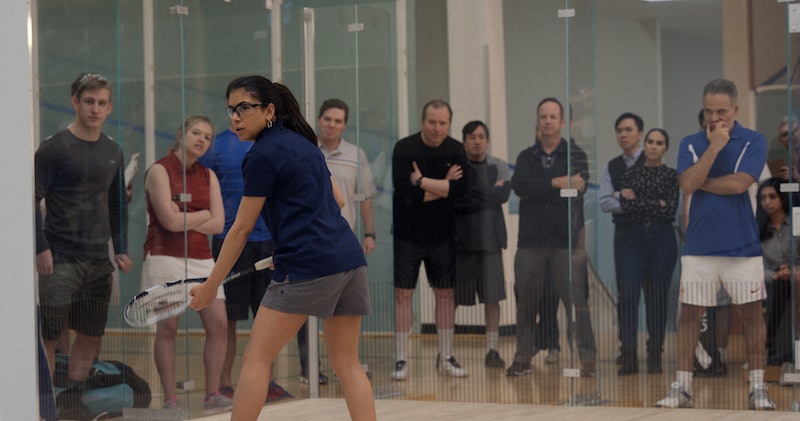 It feels like there's no better time for AppleTV+'s Little America to premiere. An anthology series based on Epic Magazine's true stories, the show explores what it means to be an immigrant in America in all its excruciating, disappointing, liberating, and joyful glory. Each episode functions as a standalone and features a new cast, writer, and director, so the tone varies from triumphant to pensive, with half of the season not offering easy answers. It would be easy to come away from the show thinking that the best episodes are those that end in obvious success, where the real life protagonist achieved the "American Dream" and proved they'd "earned" their place in the country. But Little America as a whole pushes the viewer to look past that interpretation: to simply see immigrants as people who belong in this country regardless of any metrics about how "useful" they are.

Episodes like "The Jaguar" and "The Baker" depict the most traditional success stories, and it's easy to be drawn to them at first. They offer a complete story in just 30 minutes, tidily wrapping up any conflict and assuring us that America is indeed the land of opportunity. "The Jaguar" follows Marisol, a rebellious, undocumented Mexican who discovers a love for competitive squash and channels her "fiery spirit" into becoming a formidable athlete. At the end, it's revealed that Marisol — Reyna Pacheco in real life — graduated college, became a citizen, and was on the U.S. National squash team, ranking as one of the top 15 players in America.

"The Baker" tells a similarly uplifting tale about overcoming hardship, tracing a Ugandan immigrant named Beatrice's adversity-filled journey to start a cookie business. The end credits reveal that Beatrice — Elizabeth Kizito in real life — was given the key to the city by the Mayor of Louisville in 1989, and her Kizito Cookies have shipped all over the world.

But many of the other episodes don't provide such tidy answers. In the first episode, a cheerful tale of a precocious 12-year-old spelling whiz, Kabir, takes a melancholic turn when Kabir's parents are suddenly deported back to India. With them caught in the labyrinthine maze that is immigration law, Kabir ends up having to raise himself while running his family's Utah motel. His goal to win the National Spelling Bee to beg First Lady Laura Bush for help ends in heartbreak: Bush essentially shrugs at his plea and says, "These things take time." By the end of the story, Kabir is reunited with his parents; it's meant to be a happy ending, but the final scene remains on Kabir's haunted and now adult face. The system is broken, "The Manager" suggests, and a child grew up alone.

Similarly, in "The Son," the final episode, a gay Syrian man finds belonging in a Los Angeles drag queen club after being chased away by his violently homophobic father. Listening to a lip-sync of Kelly Clarkson's "Breakaway" brings him to tears, but he still longs for acceptance from his family in Syria. He acknowledges America is a better and safer place for him, but the thought of being so far from home is still painful.

Though Little America studiously avoids showing scenes of virulent racism, by virtue of it debuting at this specific moment, and by it portraying immigrants as fully human, it still feels like an inherently political piece. The show fully captures the bittersweet complexities of being an immigrant, and its refusal to offer one simple answer about what it means to be a "stranger in a strange land" is exactly what makes it meaningful.