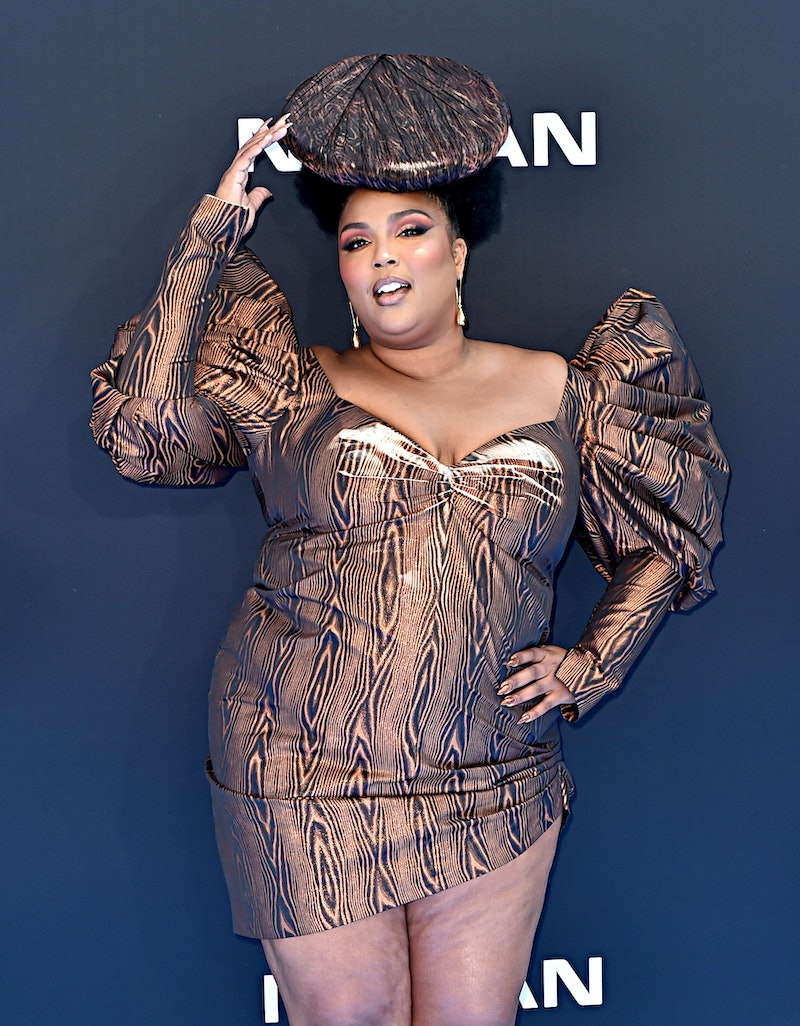 Lizzo cannot tell a lie. With the second group of candidates taking the stage on June 27, Lizzo's Democratic presidential debate tweet referenced her "Truth Hurts" lyrics in the most perfect way. "Can somebody please ask “why are men great till they gotta be great” at the #DemDebate2020," the singer tweeted as a friendly suggestion to moderators, hours before politicians — including former Vice President Joe Biden, Senators Kamala Harris and Bernie Sanders, as well as South Bend, Indiana Mayor Pete Buttigieg — faced off against one another in Miami.

Of course the clever nod to the hit off of her April 2019 Cuz I Love You album wasn't lost on her 453,000-plus Twitter followers. As of publication, the witty post had racked up more than 28,500 likes and upward of 5,400 retweets on her page.

Speaking of numbers, just yesterday, Lizzo exuberant announced on Instagram that "Truth Hurts" is officially eligible for Platinum certification. For anyone who's not already aware, a song can earn that distinction after the digital track surpasses one million total Units. One download, as well as 150 on-demand audio or video streams, count as 1 Unit, according to the Recording Industry Association of America (RIAA).

After that electric BET Awards performance and her Sister Act 2-inspired number at MTV Movie & TV Awards, the "Truth Hurts" lyrics were as fresh in music lovers' minds as they were the day Lizzo dropped the track. The lyrics and *that* flute solo, of course...

So, yeah, fans were definitely here for her presidential debate tweet — with many adding their own brand of wit and humor in the replies. As with many great social media responses, first come the GIFs, like these ones shared by a few of her fans.

Then, there were the users who followed Lizzo's lead and looked to some other "Truth Hurts" lyrics. "We coulda had a bad b*tch, noncriminal. Help themselves as a career, more than a little. #DemDebate2020," tweeted @CuzStoneBlind. Meanwhile, @rosiewithanie wrote, "I think they should all have to take a DNA test to see if they are 100% that b*tch or not."

Some fans stuck with the same lyric, but took it a step further to give it a more topical feel. "🎶Why are men great till they gotta de-bate🎶" @jonbenetglamzey replied.

The puns kept on coming, with @catsycatsycatsy referencing presidential hopeful, Senator Elizabeth Warren in another tweet: "Oh girl, Lizzo Warren has a plan for that."

Others channeled some actual campaign issues — in a much more playful way, of course. As @neptunecreep joked, "men???? great??? In THIS economy?????" (That one really raked in the "likes," by the way.)

Fans like @jennie_z even had some dream candidate replies. She wrote that she will "vote for anyone who says they are 100% that b*tch."

But, really, many of the commenters just agreed that Lizzo is the leader this country needs right now — and she would definitely have their votes.

With just one tweet Lizzo may already be proving that she's got the juice to handle the job.