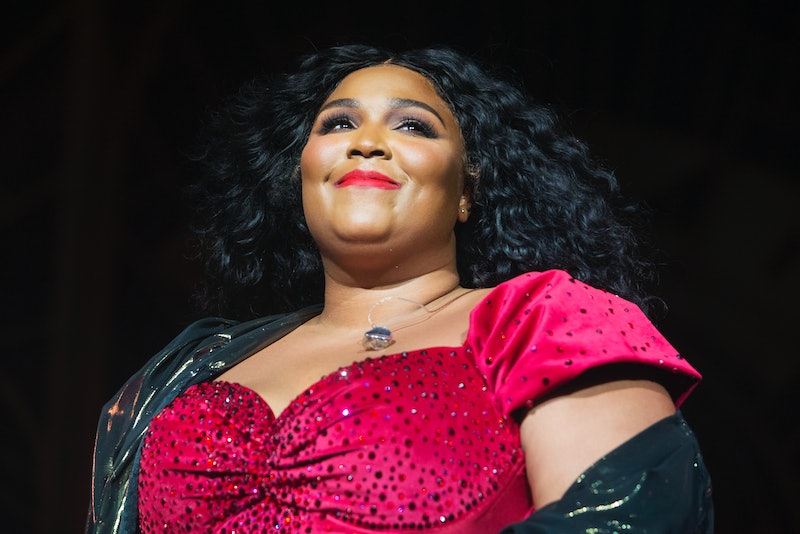 The Elusive Chanteuse is a fan of Lizzo, too. Lizzo’s reaction to Mariah Carey’s stamp of approval for her music is 100% that ecstatic. In a Twitter exchange on Saturday, Nov. 9, Carey let it be known that, contrary to her viral “I don’t know her” meme, she does, in fact, know her — the her being singer and flutist Lizzo, that is. On Saturday, the “Truth Hurts” singer tweeted a page from Vogue that featured Carey on its spread with the tagline, “What would Mariah Carey do?” In a series of Q&As, Carey is asked, “What up-and-coming singer should I listen to?” and she responded, “Lizzo.” The answer prompted an ecstatic response from Lizzo herself.

“I got the @MariahCarey stamp of approval b*tch oooooohhhh my goooooooooooooodness,” Lizzo tweeted on Saturday alongside a photo of the spread. Not long after, Carey offered a reply of her own and wrote, “You don't need my stamp, you're 100% that b*tch!!!!” In a follow-up response, Lizzo tweeted alongside a crying face emoji, “ilysm.”

Lizzo and Carey have a lot in common in terms of record-breaking hits. Lizzo broke a Billboard Hot 100 record in September when her single “Truth Hurts” became the longest-running No. 1 rap single by a solo female artist. Carey, on the other hand, reigned supreme with “One Sweet Day” with Boyz II Men, her tenth chart-topping song that remained on Billboard charts for nearly 20 years until it was dethroned by Lil Nas X and Billy Ray Cyrus’ “Old Town Road” in July.

The commonalities don’t end there. On Twitter on Nov. 3, Lizzo announced that she had a Christmas song titled “Never Felt Like Christmas.” In her mentions, fans were quick to parallel the track to Carey, the self-proclaimed reigning queen of Christmas and holiday music. On the heels of Halloween on Nov. 1, Carey took to social media to officially declare it Christmas season. In the clip where she quickly transitions from a Halloween costume to holiday pajamas, she declared, “It’s time!” Carey also released a deluxe anniversary edition of her 1994 Christmas album Merry Christmas on Nov. 1 to celebrate the album’s 25th anniversary.

Could a collaboration be on the horizon for Lizzo and Carey? It would certainly feel like a holiday miracle.