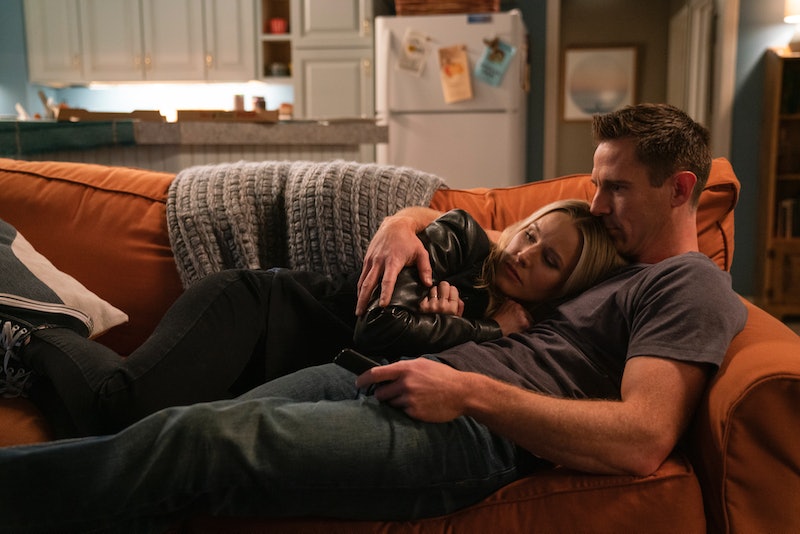 Spoilers for Veronica Mars Season 4 ahead. One of the most shocking moments in the newly-released Season 4 of Veronica Mars was the finale death of Jason Dohring's character Logan Echolls. Not only did it break the hearts of Marshmallows everywhere, but it left Dohring's future with Veronica Mars uncertain, if not impossible. The actor spoke about his character's crushing demise in a recent interview with Entertainment Tonight, shedding light on why Logan had to die for the show to continue at all.

He said that when creator Rob Thomas initially proposed that Logan would get killed in a fiery blast minutes after finally marrying Veronica, Dohring said, "my f*cking heart just fell out of my body. And I was like, 'Oh my god.'" Dohring then broke down why Logan's death would symbolize a necessary fresh start for the series and a possible Season 5.

"And I cannot say that I understood or agreed with what he did," Dohring told ET. "Rob wanted to shed the teenage drama aspect of the show with this on-again/off-again [relationship between Veronica and Logan] and as long as either one of them is still around, I feel like we've told those stories. They're kind of meant for each other. So I think, in that way, it's cool that Logan's exiting this way, and also that he served a role to get Veronica to reevaluate her life. I think that's really cool."

Dohring, who has played this character on and off for 15 years, said that his death "opens the door to a brand new life, a brand new setting, a brand new possible list of characters that (Veronica) could be involved in. It really gives freedom and determination from her point of view for a new start anywhere."

Although the death of Logan, at the hands of Patton Oswalt's vindictive Penn Epner, may open up new creative avenues, Dohring is mourning the loss of Logan along with the character's fans. However, the actor told ET that he found solace in Rob's explanation that it was "for the greater good of the show."

ET also pointed out that emotional audience members may notice that a body is never seen in the aftermath of the bombing. So...could Dohring still return as Logan in some capacity? The actor avoided diving into the conspiracy theory pool, offering, "I don't know. I mean those are all beyond me. I just hope ultimately the fans are pleased with the whole project. You can look at it that way, and understand that this will launch the series in a new way that's not tired or redundant."

As for coming back to the series in any capacity, Dohring deferred his answer to the Veronica Mars team. "If that could fulfill any purpose in a story... I have to see what they want to do, but I assume that it would be happier times," he guessed. "Flashbacks to a good life? I can't really speculate, but I would hope it would be something joyous if it were to be anything."

So, as Veronica Mars viewers collectively mourn Logan, keep in mind that Dohring is right there with you. And a return isn't totally out of the question.