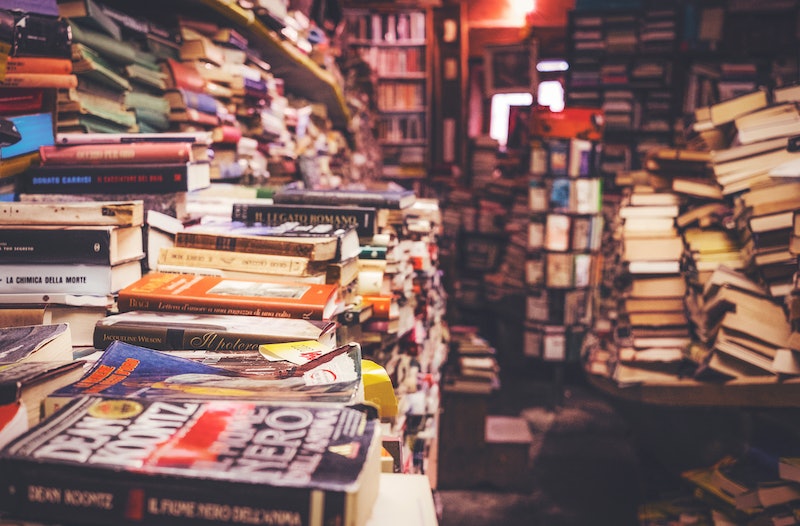 After a Sunday tweet bemoaning a dwindling bank account, the London bookstore that trolled Piers Morgan now has fans buying books on Twitter to help keep its doors open. The Big Green Bookshop received an "off the scale" number of tweets following its announcement, and now it seems that the London indie will stay to troll Piers Morgan another day. Here's a little bit of good news, just in time for Indie Bookstore Day.

The Big Green Bookshop made a lot of radars earlier this year, after shopkeep Simon Key began tweeting Harry Potter line-by-line to Morgan in response to the pundit's comment that he had "never read a single word of Harry Potter." But the London bookstore had a faithful following at least as far back as April 2016, when Key started a successful JustGiving campaign to raise the £600 needed to recoup losses from a robbery. The campaign eventually raised more than £5,700, nearly 10 times its original goal.

On Sunday, Key tweeted from the Big Green Bookshop account to say that followers "really need[ed] to start buying some books off of us" beginning at 9 A.M. the next day. Less than 24 hours later, Key said the response had been "incredible," citing "134 unread [emails]" and an uncountable number of tweets.

This isn't the first time a bookstore has used Twitter to save itself from dire straits. In February 2016, Hamilton writer and star Lin-Manuel Miranda signal-boosted the woes of New York City's Drama Book Shop after a burst pipe caused massive damage to the 100-year-old institution.

To help keep the Big Green Bookshop afloat, visit their website and make a purchase. Be sure to do the same for an independent bookstore in your community on Saturday, Apr. 29.