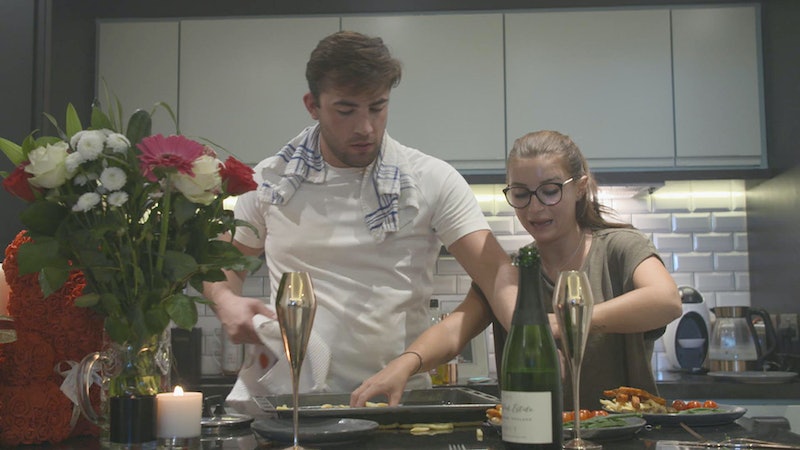 Following last night's Love Island reunion TV show, a new interview with Jack Fincham and Dani Dyer has lifted the lid on the couple's relationship. Having briefly split earlier this month, everyone's favourite winning Love Island pair have reunited and are all loved up again. However, a recent interview with the two revealed that Love Island's Dani and Jack are not getting married any time soon.

Speaking to Heat magazine, the couple revealed that despite speculation and ongoing rumour, marriage was not yet on the cards. "We're definitely not going to get engaged. I'm 22. It would be silly," explained Dyer. She continued: "We're not a showmance, so I'm not going to get married at 22. We ain't even been together that long, if you think about it," referring to the fact that the couple only met on the show in July of this year.

Agreeing with his girlfriend, Fincham expressed similar opinions, saying: "Yeah, you've got to do things in your own time," before Dyer explained that there's a growing pressure from fans for the couple to move to the next step: "People want us to get married, because our relationship was sped up on Love Island, so they want it to be sped up in the real world."

Dani and Jack quickly became the nation's favourite couple on this year's Love Island, easily winning the show and splitting the £50,000 prize money. The pair moved in together following their time in the villa, and seemed blissfully happy until a few weeks ago, when they appeared to have broken up. Taking to her Instagram stories, Dani wrote:

"Jack and I have sadly decided to part ways. It's been an incredible six months and we will always have a place in our hearts for each other, but we've sadly come to the realisation that it's not meant to be long term. "We both plan to stay friends. I hope you'll all understand. Love Dani x."

The break up didn't last for long though, as just days later Jack appeared on Dani's Instagram stories with her having a great time. Dani's dad Danny Dyer later confirmed on The Jonathan Ross Show that the pair had just had an argument, which prompted Dani to post the Instagram message rashly:

“I just want to put something to bed. She hasn’t split up with Jack, that’s all b**s, that is. Jon, they’ve had a row. They’ve had a row, she’s got a bit emotional and I think she has whacked that [message] up and immediately regretted it... I don’t know what was going on but I can tell you now, they’re sweet.”

Dani also shortly afterwards replied to a comment on her Instagram, as Metro reports, referencing the break up and her actions:

"@adelestephanie love you hun! I'm just a normal nutty girl who can be a bit crazy and irrational but what girl isn't! People need to understand I'm still learning. I'm not living my life to please people, 💓💓."

All I can say is I'm over the moon the pair are back on! They are back on our screens soon for their new reality series Jack and Dani: Life After Love Island, which will begin in January.