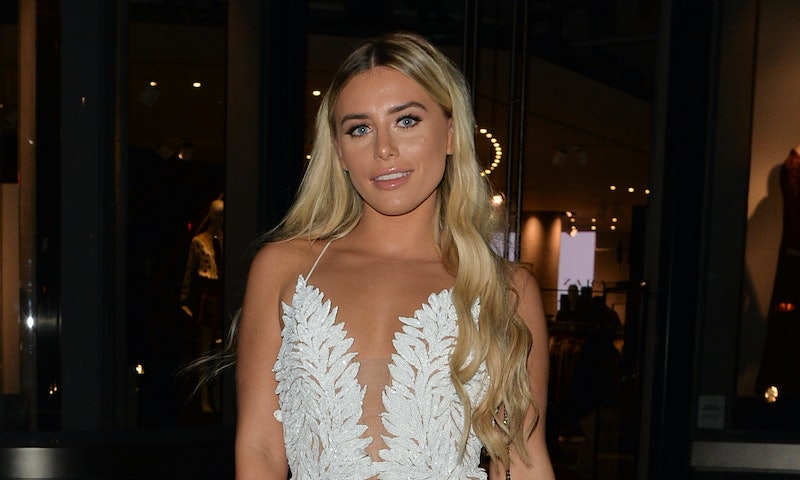 As many former and current contestants on Love Island often attest, they join the show "find the one" and it looks like love has struck once again for the lucky contestants — well kinda. Cupid has drawn back his bow and, in a very unexpected turn of events, Love Island's Michael Griffiths and Ellie Brown are dating.

The lovebirds met on MTV's Ex On The Beach and, during an interview with The Sun, Griffiths gushed about their love and how this one's for keeps: "Ellie and I did form a good bond on the show. The relationship we built was unbelievable. To have someone as amazing as her in my life means so much. I'm head over heels and I'm not letting her go."

Griffiths claims the pair got on straight away because they're both Northern and have starred on ITV2's hit dating show, admitting "I guess we have a lot in common both being on Love Island. She instantly felt like home."

For these two, things have been more than tricky in their long and winding road to finding their lobster.

Brown appeared on Love Island back in 2018 and her first coupling with Dr Alex became one of the most infamous incidents of male entitlement to date on the show when the TV doctor berated the poor woman for not fancying him. Following that, she found love with Charlie, eventually moving in with him after the show, but that relationship sadly didn't last.

Griffiths left the villa with not only a less-than-glowing rap sheet but as a meme thanks to his iconic phrase "chaldish."

Liverpudlian Griffiths was initially coupled with eventual winner Amber Gill but his head was turned pretty darn quickly after he met Joanna Chimonides in Casa Amor. This love affair was cut short when Griffiths chose to stay on in the Villa instead of leaving with Chimonides and his head appeared to turn back to Amber quick as a whippet. After receiving treatment for whiplash (just kidding), Griffiths was booted from the show.

Hopefully Griffiths and Brown's relationship will go from strength to strength and they can leave chaldish concerns in the past.

More like this
We’ve Got A Text! Another 'Love Island' Series Is On The Way
By Darshita Goyal
Owen Warner Knows Exactly What Type Of Relationship He Wants
By El Hunt
'Love Island's Gemma & Luca Have Very Different Ideas About Their Break Up
By Frances Stewart and Sophie McEvoy
Twitter Can’t Get Enough Of The Romance In 'Ekin-Su & Davide: Homecomings'
By Sophie McEvoy
Get The Very Best Of Bustle/UK