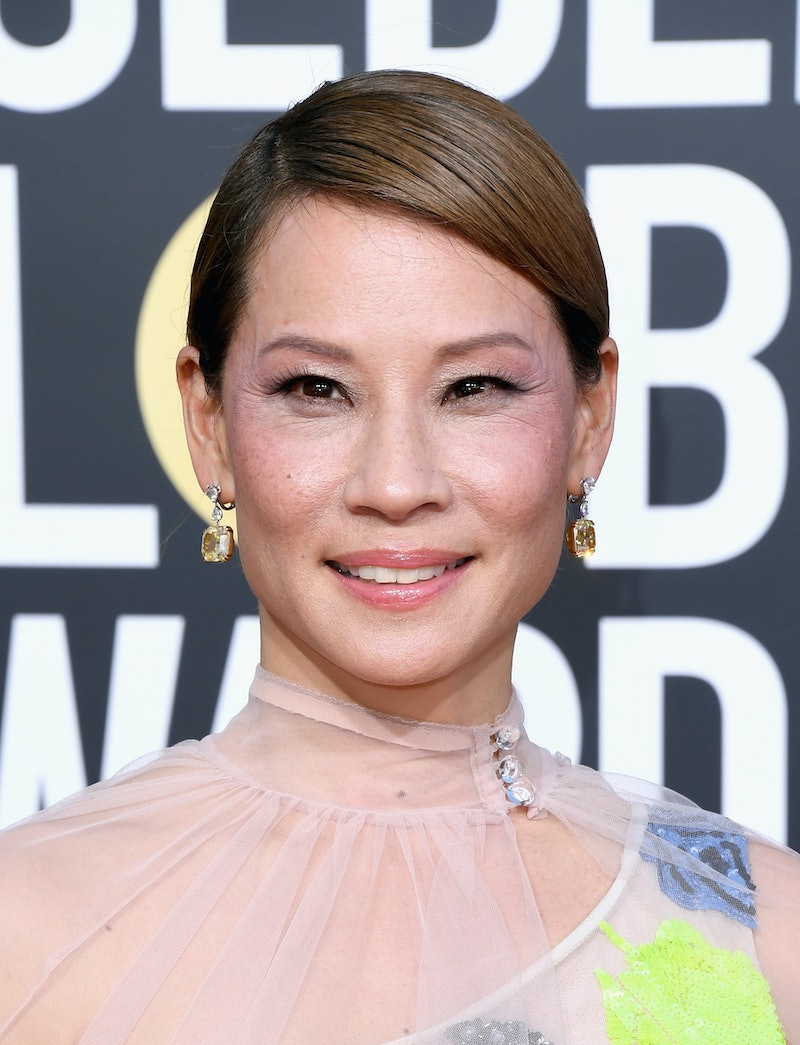 With her latest project, one actor is using her voice in Hollywood to expose the world to under-the-radar female perspectives. Lucy Liu is developing an anthology series about real women heroes —and it sounds super inspiring. Per The Hollywood Reporter, Liu will executive produce, and direct the first episode of the series, which is called Unsung Heroes. Liu is developing the new project through her own production company, Moonvision Entertainment.

Each episode "will profile women who were highly accomplished in their fields but did not receive acknowledgment for their achievements and how their stories have impacted history," according to THR. As we've seen in movies like Hidden Figures and reports that regularly come from within the industry, there will be plenty of underrepresented female experiences to dig into in the show, though the official number of episodes hasn't been confirmed.

Unsung Heroes's first episode will focus on Anna May Wong, a silent movie era star. According to the LA Times, Wong was the first Asian American to star in an audible film. But, like many actors of color, she spent much of her career relegated to playing cultural stereotypes such as "the exotic slave girl" and "villainous Dragon Lady." In fact, her Time Magazine obituary in 1961 branded her "the screen's foremost Oriental villainous." So, Wong's historical significance paired with her under-acknowledged industry adversity makes her a natural fit to kick off the anthology. Liu's series seems to be aiming to change Wong's underrated status, and that of other women, one episode at a time.

Liu herself has been a pioneer in the entertainment industry, starring in several hit movies including Charlie's Angels, Kill Bill, and last year's Netflix rom-com Set It Up. (Liu is rumored to be the central character for a possible Set It Up sequel!). The actor and producer has also recently stepped into the director's chair, helming the Season 2 premiere of Luke Cage and several episodes of her CBS series, Elementary, which ends this year. She's also been a trailblazer for Asian American performers, as she was the first Asian American woman to ever host Saturday Night Live in 2000. Awkwafina became the second 18 years later in 2018.

So, something tells us the performer certainly has some thoughts on representation onscreen. Who better than to Liu to spotlight other female voices through her new venture, which is being developed for ABC Studios International. In 2017, Liu told CBS News' Sunday Morning that she didn't often see characters that looked like her on TV, and if she did, they were almost always on the sidelines.

"Growing up as somebody from another country, really, not what you see on television, I never saw myself in the forefront, ever. We were always in the background."

It seems that the seeds for this potential passion project were planted long ago. Liu is using her platform to lift up other women who have made contributions, big and small, finally giving each her due. It will be exciting to find out which females the other episodes will center on. And satisfying to know some of these unsung icons will finally be getting recognized.